London-born singer-songwriter and composer, Ben Howard, released his debut EP 10 years ago. Since then, he has won two BRIT Awards, been nominated for both the Ivor Novello Award and the Mercury Prize and had a number one album. His third album, Noonday Dream, was released in June of last year, and has received much critical acclaim. Now, he is out on the road touring it, with FOH engineer, Andy Magee, and monitor engineer, Niccolo Antonietti, both working from DiGiCo SD5 consoles.

London-born singer-songwriter and composer, Ben Howard, released his debut EP 10 years ago. Since then, he has won two BRIT Awards, been nominated for both the Ivor Novello Award and the Mercury Prize and had a number one album. His third album, Noonday Dream, was released in June of last year, and has received much critical acclaim. Now, he is out on the road touring it, with FOH engineer, Andy Magee, and monitor engineer, Niccolo Antonietti, both working from DiGiCo SD5 consoles.

“It’s very much art: 70-minutes of non-stop music, which is never the same twice,” Magee explains. “We’re all on our toes, watching each other do something a bit different every day.”

He and Antonietti work hard to recreate Howard’s album with as much authenticity as possible, night after night.

“We have over 85 guitar pedals on stage, which means so many inputs, as numerous players have pedal boards; in one song, a musician might play violin, then switch to keyboards, then something else – so I might have two or three instruments down the same channel during the same song,” Magee laughs. “The band is a nine-piece now, and three of them are multi-instrumentalists. Safe to say, there is a lot going on and, although I’ve been mixing this show since April last year, there are still bits that I am not 100 percent certain where they are coming from!”

There are 88 channels being utilised on both consoles, and Magee is hands-on throughout.

“I have four fingers on four faders at the same time, as there are just so many parts to the songs, and squeezing that into a left-right PA is very tough: my hands are constantly moving,” he reveals. “I use Snapshots for every song to get Ben to the top of the song; and then everything is mixed live throughout that song. On top of that, different channels have different crossfade times – and different groups, too, as half the band might still be playing song three when the other half are already into song four! The hard thing is that the crossfades have to flow between the two, and if we have a late setlist change, I have to go through all the Snapshots quickly, and make sure things like drum pads aren’t going to come in out of nowhere!”

Magee used his first DiGiCo console in 2006: a D5, which he worked on for years; then he moved to the SD7, before settling on the SD5.

“One massive bonus with the SD5 is the centre screen; I can see 36 channels or groups or busses at the same time, which is brilliant. Also, almost all of the FX I use come from within the console; I use six reverbs and a delay. There are so many mics on stage and a lot of ambient noise, so I don’t need to add a lot to it. There’s a lot of content for a left-right mix!”

Something else Magee is a huge fan of are DiGiCo’s new 32-bit cards.

“I ended up buying 22 of them! I loved the old preamp, but the new one sounds unbelievably good, to such an extent that many of my channels are now flat – no EQ at all. And the noise floor is significantly different: before we had 88 channels, and when you un-muted it all, you could still hear the preamps. But the noise floor on the new pre-amp is so much cleaner and better, and it outperforms all its competitors. I used standard pres for years, but the new ones have got the wow factor… And they’re blue, which is always a bonus!

“There are so many intricate parts to this show and they’re all incredibly important to the soundscape, and the transparency of the console is exactly what we need. This is the only console Ben has never commented on negatively, so that says a lot.”

“The usability of the console makes a huge difference to me. There is a lot of programming involved, but I am very happy with what I can achieve on the SD5; the channel routing is amazing, especially with the requirement for shout mics when doing monitors these days,” he says. “It allows me to do anything I want to. And the macros are the best thing ever; they alone will keep me with DiGiCo forever! There are so many of them, and they’re so easy to work with. Any little changes during a song, I just press a macro and it’s done. I use the [DiGiCo] multiband compressor on Ben’s voice, as it’s such a dynamic show, and there are often changes within the same song; so I don’t use single compressors on anything, just the multibands, which you can have on every channel.”

Due to the busy stage and inevitable frequency overlaps, Antolietti also needs to keep the instruments as clean as possible, but without affecting their individual dynamics.

“I work at 48kHz, so I use the DiGiGrid MGB MADI interface to generate two MADI streams: one MADI stream for recording and one for inserts and FX via an Impact Server,” he reveals. “Then, on the outputs of all the band members, I have an API 2500 compressor and I mix Ben through a matrix: I have auxes and sub groups, and I send those auxes to the matrix. Ultimately, I have a ‘band’ group, stereo outs for guitars, backing vocals, his vocal, and reverb. Everything is separate, so I can process everything individually for a better result.”

The Ben Howard tour ran wrapped up at the end of January, with four sell-out shows at London’s Brixton Academy, and one at Birmingham Symphony Hall.

One massive bonus with the SD5 is the centre screen; I can see 36 channels or groups or busses at the same time, which is brilliant. 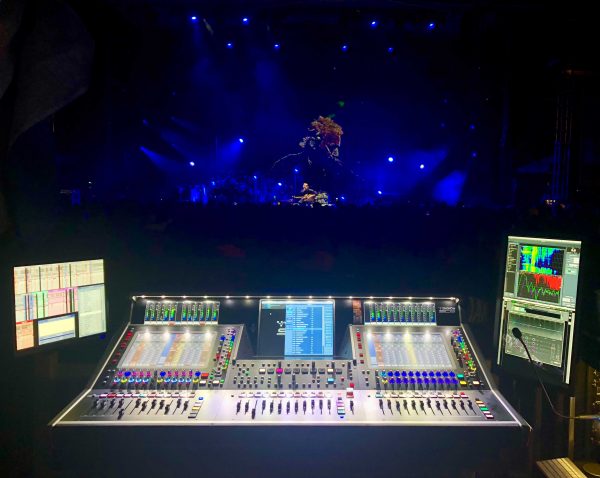 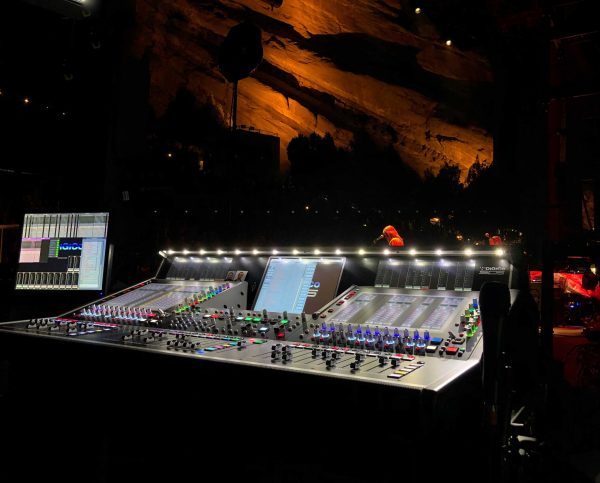 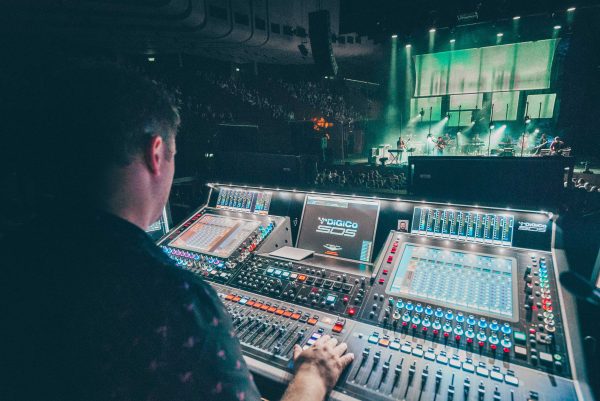