When the latest in a series of remodels stretching back two decades was completed in 2013 at the newly named AXIS at the Planet Hollywood resort in Las Vegas and it was announced that pop star Britney Spears had been signed to a two-year residency deal, no one—including gurus of the entertainment world, and even most of the crew—really expected it to last more than six months. 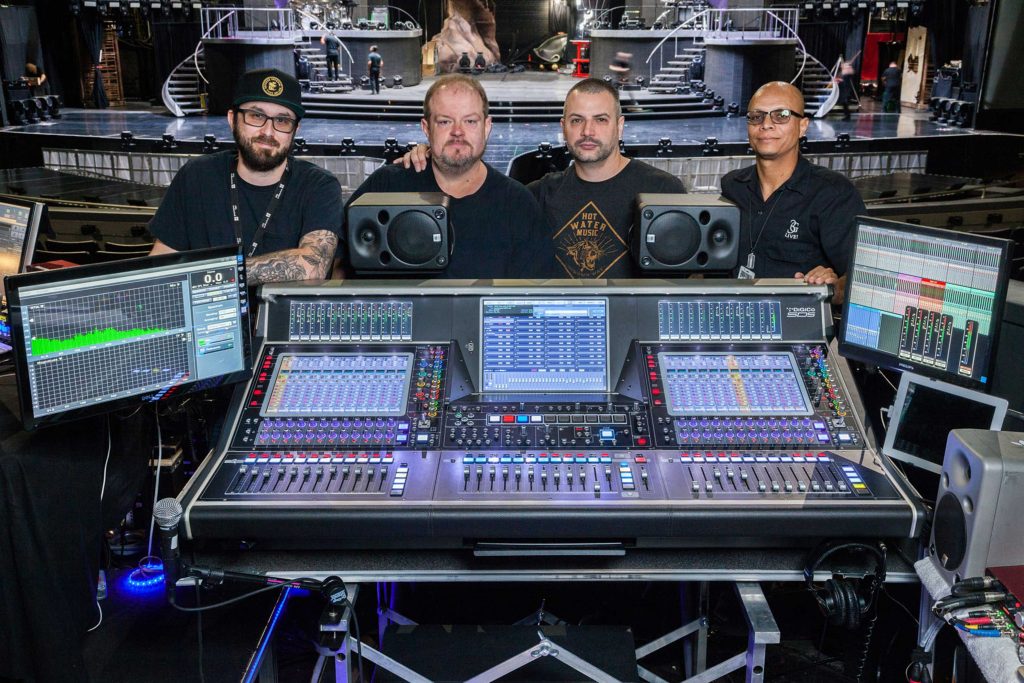 LAS VEGAS – November 2017 – When the latest in a series of remodels stretching back two decades was completed in 2013 at the newly named AXIS at the Planet Hollywood resort in Las Vegas and it was announced that pop star Britney Spears had been signed to a two-year residency deal, no one—including gurus of the entertainment world, and even most of the crew—really expected it to last more than six months. Today, with that residency wrapping up an overwhelmingly successful four-year run and other pop residencies having taken hold, the venue boasts the highest number of ticket sales in Las Vegas and, most weeks, the highest in the country. In a world of dizzying changes, one of the few constants has been the presence of DiGiCo consoles at both ends of the snake.

The other constant has been the presence of AXIS Production Supervision and Head of Audio Eric Fish. “When I first came in, this place was raw concrete,” he recalls. “It was not a facelift, it was a full remodel. Everything was redone from the speaker rig to the consoles to everything in the walls and a ton of acoustic treatment.”

The room has a storied history. It opened on the bicentennial weekend, July 2, 1976 as the Aladdin Theatre for the Performing Arts with a run of shows by Neil Diamond. In 2004, it was the scene of Linda Ronstadt’s  legendary rant in support of filmmaker Michael Moore in front of a largely conservative audience, which effectively ended her viability as a performer in Vegas. When the old Aladdin hotel was imploded in the late ’90s, the theatre remained, going through a series of facelifts, reboots and name changes before the 2013 remodel and announcement of Britney: Piece of Me.

In the past four years, the AXIS has become Pop Central and a model for the idea of residencies by artists best known for international tours. Today, the calendar has rounded out to include residencies by J-Lo, Backstreet Boys, Lionel Richie and Pitbull. “We have the highest number of paid ticket sales in the country and we’re number three in the world, so we stay busy,” Fish reports. “In addition to four rotating residencies, we do everything from live events for TV broadcast to a comedian in front of a curtain with Britney or J-Lo’s set right behind it.” Just days after this interview, the room hosted the Miss Universe pageant for the fifth time and the third time in the past six years.

Working alongside Fish on the Britney show is System Engineer Julio Valdez, from Vegas-based provider 3G, who reports that the reliability of the DiGiCo platform makes his job easier. “The beauty of the whole platform is that you can move from one DiGiCo surface to another one with very little adjustment.”

The room is regularly driven by some of the best engineers in live audio. Britney is mixed by Rob “Cubby” Colby, Backstreet Boys by Sound Image’s James McCullaugh, J-Lo by John Clark and Lionel Richie by Gordon Mack. All shows use the house SD5 at monitors and an SD10 at FOH except Britney. “Cubby is more comfortable on the SD5 so we bring one in from 3G for those shows.”

Fish adds that the platform allows engineers with totally different approaches to all thrive in the same ecosystem. “Cubby uses nothing but the console with no plug-ins or external processing, and at the other extreme is James who is deep into the Waves universe. We have full input racks for house and monitors but the Backstreet Boys show uses raw tracks mixed live and both ends of the snake share inputs using the Gain Tracking feature and everything is digital except the crowd mics for monitors. On J-Lo we’re doing a kind of cool thing that I came up with where they each have their own input rack but they are on the same loop so they are each backups to the other one. If something were to go down on one rack, they could pull in inputs from the other one pretty easily.”

When the room was spec’d, the designers looked at what was being used on the road by the kinds of acts they hoped to attract to the venue. “For at least the past five years, DiGiCo has pretty much owned the major touring world so that was an easy decision,” Fish says. “If we had gone with something else, I would have spent a lot of time justifying the choice to engineers and we would have been renting a lot of DiGiCo anyway.”

Even visiting engineers who are not regularly mixing DiGiCo can get the hang of the console quickly. Valdez notes—as do many engineers who may have fought moving to digital—that the workflow on the SD consoles is very analog-like. Fish uses his own experience mixing in the AXIS to illustrate the ease of the learning curve.

“The first show I actually mixed in this room… I had mixed on the DiGiCo platform, but pre-SD, and it had been at least five years. I wanted to make sure I really knew the console, so I picked a day when the room was dark and set aside the whole day to just get comfortable with the SD platform. I left like an hour and a half later.”

Valdez, ever the system engineer, points to the backbone as just as important as the consoles themselves. “We have an extensive Dante system that allows us to do things like pull in various ambient mics from the house and to send audio all over the building. And integrating the consoles was just a case of throwing a Dante card into the console and making those basic connections. The rest was flawless.”

DiGiCo saved the day on the 2015 Miss Universe broadcast when the main engine on another manufacturer’s console in the broadcast truck failed just two hours before showtime. “Miss Universe is not a show where you can afford to wing it without a backup and the broadcast engineer was understandably freaked out,” Fish remembers. “I came up with an idea and ran it past the broadcast engineer and he said that’s exactly what we needed to do. So we ran a couple of extra fiber lines out to the truck and set up our SD10 right next to him as the backup and he was able to go on with the show, confident that if the backup engine on the broadcast truck desk failed, he could immediately move to the DiGiCo and seamlessly continue the show.”

Britney’s residency was winding down at the time of this interview and Colby summed up the experience of four years on the SD5. “After 250 shows, 90 rehearsals and numerous live TV broadcasts, DiGiCo delivers on all fronts every day!”

The residency that started it all for the AXIS may be coming to an end but there are not going to be a lot of dark days. “We’re booked through solid through at least 2018,” Fish says. “It’s great, I know my schedule like two years in advance, and DiGiCo will continue to be a big part of the success of this room for the foreseeable future.”

For at least the past five years, DiGiCo has pretty much owned the major touring world so that was an easy decision 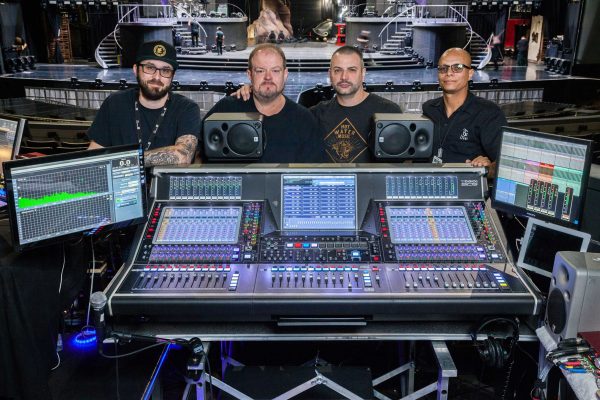