It takes someone special to fill the shoes of a showman like Freddie Mercury, and although there is no replacing such a talent, Adam Lambert is quite sensational as both a vocalist and frontman in his own right – enough so for Queen founder members, Brian May and Roger Taylor, to tour relentlessly with him as a trio for the last seven years.

It takes someone special to fill the shoes of a showman like Freddie Mercury, and although there is no replacing such a talent, Adam Lambert is quite sensational as both a vocalist and frontman in his own right – enough so for Queen founder members, Brian May and Roger Taylor, to tour relentlessly with him as a trio for the last seven years. Queen + Adam Lambert will complete their current year-long, 78-show world tour in July, which has seen them play sell-out shows in North America, Oceania, and over Europe. The tour provider is Clair Global, and at the heart of all things audio, is a pair of trusted DiGiCo consoles.

FOH engineer, Tom New, moved into live sound when a former bandmate began promoting live shows at a small venue in Brighton asked him to help out with the sound.

“With limited knowledge, and a healthy enthusiasm, I threw myself into it, and didn’t look back,” says Tom. “Nowadays, I try to view things holistically: a show is about combining all the elements of a production, in much the same way you combine the elements of a mix, so when everything comes together in the manner that this has, it’s a huge feeling of job satisfaction.”

Tom has been with the band for nearly four years, and feels the current production is one of the finest he’s ever seen.

“Adam’s vocal range is nothing short of incredible; he throws himself into the role every night, and his performance is extremely consistent. Like many in his position, he is sensitive when it comes to his monitor sound, and that’s something that we all work together on – FOH, band, and monitor engineer – so that he feels comfortable.

“As you might expect, the band have a keen interest in how things sound, particularly where it involves effects or sound cues. There is always the question of whether or not to try to mimic the original recordings, or to allow the song to be ‘live’, and its generally a conversation which will guide this.”

Tom works from an SD5 at FOH and has been a DiGiCo advocate since 2011.

“I began by teching DiGiCo consoles in my role as a freelance tech for Clair Global,” Tom recalls. “I found their approach to be logical, sensible, and flexible; and when given the choice, DiGiCo became my go-to console.”

Tom doesn’t use Snapshots, as he prefers to mix the show on VCAs, using macros to trigger FX or mix cues. For this reason, having a row of macros instead of the extra bank of faders in the master section suited him better.

“DiGiCo’s flexible I/O solutions integrate well with my ‘split-risk’ strategy of combining software with hardware in my processing rack, and the seemingly infinite flexibility of routing and console layout suits my approach perfectly,” he says. “I like to use the Dynamic EQ on the vocals, and the onboard dynamics on my groups where required, then a fair bit of my FX processing is external, utilising Waves and Universal Audio kit.”

Tom is utilising around 80 stage inputs, with approximately 15 stereo channels dedicated to FX returns, and everything is run at 48kHz due to the number of MADI ports available, as the show is multitracked each night.

At monitor position is experienced engineer, John James (JJ), with Monty Carlo coming on board with a third SD5 for Adam’s monitor mix during the recent Australian and New Zealand leg of the tour.

JJ believes that monitor engineering is all about grasping what the individual musician needs.

“This is always what they need, not what you like to hear, and it’s vital to communicate with the artists and gain their confidence,” JJ insists. “Unlike FOH, which is about delivering the best mix to the whole audience, monitors are just as much about psychology and logistics as they are about pure audio; it helps to be a bit OCD to juggle perhaps 30 mixes while only listening to one at a time!”

Working with Queen + Adam Lambert is a joy for JJ, and he loves that they are such approachable artists. He describes the setup as a mixture of old school and younger talent: 28 wedges on 18 mixes plus two sidefills, ‘Roger Taylor’s big old drum fills’, and an IEM system for the bassist, percussionist, and Adam.

JJ has used DiGiCo for years – from the early D5s up to today’s models. According to the accomplished mix man, if you know one DiGiCo surface, you know them all.

“Previously on Queen, I’ve been using the SD7, but for this tour, I have moved to the new SD5, which is ideal,” says JJ. “I love being able to easily mix and match banks of inputs, outputs, and VCAs, so I’m never far from the faders I want the most.”

JJ is running 90 input channels at monitor position, with 24 more for effects returns, sub mixes, and ‘talk to stage’.

“I have 30 mixes, and because we have a main stage and a B stage, snapshots are essential to deal with all the permutations of stage positions,” he explains. “The band members move around the large main stage and B stage, and often head out into the audience. Adam is OK on his IEMs, but Brian [May] needs to hear his guitar wherever he goes, so I have several zones, some in stereo, where I can send a mix of his three main amps just when he is there. These movements can happen anytime, so cannot be included in Snapshots, so I run them on VCAs in real-time.”

Queen + Adam Lambert will embark on leg four of their world tour on June 7, working their way across Europe before playing three nights in London, and wrapping up proceedings at Dublin’s Marlay Park on July 8. Once the fourth leg is complete they will make their way to Las Vegas in September for a month-long residency in the city.

I began by teching DiGiCo consoles in my role as a freelance tech for Clair Global, I found their approach to be logical, sensible, and flexible; and when given the choice, DiGiCo became my go-to console. 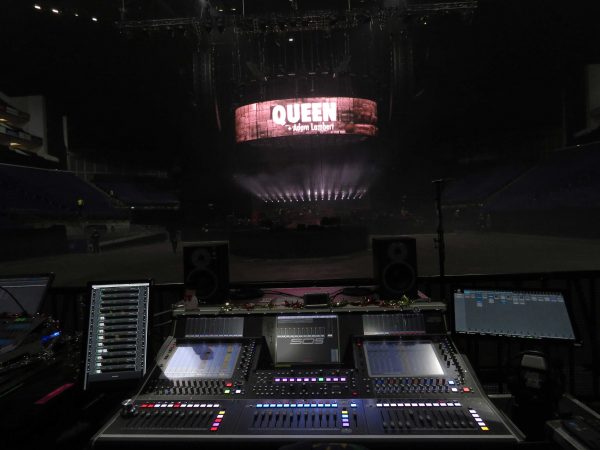 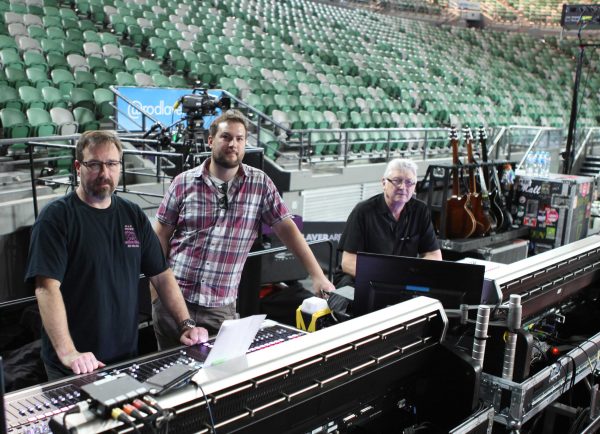 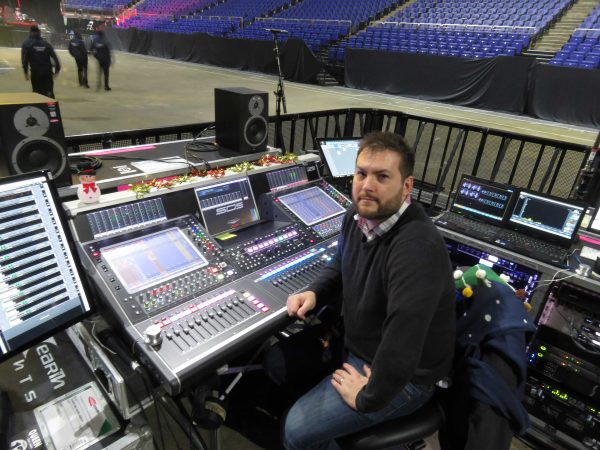