DiGiCo Is Neat Fit For Cage The Elephant Tour

Chris and Trevor are both familiar with DiGiCo consoles and Chris had used the already compact SD9 for the US leg of the tour. However, for the European leg they were travelling with just one bus and one trailer, so he decided to switch to an SD11i. He has found its size perfect for transportation and for fitting into any venue. Trevor, meanwhile, based his choice on versatility, international availability, ease of multitrack recording, Waves integration and, he says, most importantly, sound.

“Every time I am about to begin a new tour, and think about the fact that I will be seeing this console for most of the upcoming tour cycle, I want to make sure my choice is an educated one,” says Trevor. “Research has shown me that the SD10 was sought after by a lot of reputable engineers. As I was entering pre-production with the band, I was told of the upcoming Stealth Core 2 upgrade that would turn the SD10 into more machine than I would ever need and still with room to grow. That confirmed the decision for me.”

“I’ve loved using DiGiCo consoles for a while, but this is the first time I decided to tour with one,” Chris recalls. “Making the change was incredibly easy. Workflow is important to me; I don’t like thinking about the desk, I prefer to focus on what I want to achieve mix-wise and DiGiCo is perfect for that. I love how simple it is to work out how to do what I want on any DiGiCo console and patching is simple, which is important.”

“I’ve been using the SD10 for around two years now,” adds Trevor. “As with any new console, and digital consoles in particular, there is always a learning curve, but this curve wasn’t too steep. DiGiCo has laid the SD10 out very well and once you understand its language, it’s easy and fun to navigate and use.”

Both engineers say that the Stealth Core 2 upgrade is a game changer for them. For Chris, it has allowed him to downsize for Europe without sacrificing inputs or outputs and it has given Trevor peace of mind. “I know that I can use the console in any situation, festival, broadcast, live venue and I won’t run out of processing for extra I/Os that some situations dictate,” he smiles. “I also really like the easy navigation and the use of an external monitor, which allows me to use the two screens for two different purposes; I can watch channel bank inputs or outputs on the main console screen and I use my external screen for high traffic meters in largescale mode and snapshots.”

At FOH, Trevor has 40 inputs from the stage plus two additional large diaphragm condenser mic inputs in to SD-Mini Rack at FOH. Depending on the song, with effects returns and ambient house mics routed to recording, he has up to 62 inputs.

“When I begin pre-production and prepping a console for the album cycle, I want to be sure that I am ready for a lot of different situations. In a touring or festival mode ideally I love to just send one stereo AES signal running at 96khz to the system drive. During the show, I am in communication with the systems engineer to make changes: temperatures change; rooms change when they’re full; band dynamics change; and I make subtle changes to the PA with different songs.

“I have a stereo Control Group with external Buss Compressor inserted and routed to three stereo Matrix pairs. This allows me to listen to the stereo mix and still be able to mute outputs. For stereo matrix pairs, I have one AES to house drive for the PA, an additional (spare) stereo pair for secondary output, a third stereo output with audience mics mixed in for a two-track 48kHz nightly recording into a Tascam USB recorder.

“I also have three mono Matrix outputs with the optional zone outputs I commonly use for large clubs and theatres, i.e., stage fill speakers, delay speakers and hearing assist. Additional Control Groups include drums, guitars, keyboards and vocals, where I’m also using Waves plug-ins. I use a total of 12 Auxes for effects. Not all are used in every song and depend on the Snapshot. I use local outputs from the console to time aligned near field EAW RSX89 monitors, which are used all day for line check, sound check, PFL during the show, and virtual mixing via Waves Live. I also have eight external inserts; stereo buss compressor over the whole mix, four vocal pre-amps/compression, a snare insert and a bass DI insert.

“The sound of DiGiCo is so clean and it’s SO much easier to place things in the mix than in other consoles,” says Chris. “There’s a lot of space to work with sonically and I can do everything I want with the on-board FX and Dynamics. The band have very firm ideas about what they want to hear (which differs greatly between band members, as you’d expect). The first run I did as monitor engineer for Cage, I had to use a different console. The band were always really happy, but when we moved to DiGiCo things noticeably improved. Everyone is super happy now and I get daily comments about how good it is.”

“The band is interactive,” adds Trevor. “They have no direct experience with the consoles, but they are very aware of what works and what does not and they know they can visit the console and listen to things using virtual sound check. The band and management also love the fact that I’m able to record so easily every evening and, if needed (and it has happened), I can mix something down quickly in 24bit audio on the console and send to the two-track for a quick file transfer.”

This was both engineer’s first time using Eighth Day Sound, with VER having supplied equipment for the US leg.

“VER have been really great, their equipment is always pristine,” Chris says. “We’re super happy with the service from Eighth Day and would definitely use them again and the DiGiCo team has also been very helpful. I visited them with a multitrack and I was setup with a console and everything I needed to build a show file. On the couple of occasions I’ve had to use the emergency service, that’s been good, too.”

“I’m very happy with the SD10,” Trevor concludes. “I love the sound, versatility and ease of use. With this console, you really are only limited by your creativity.”

The sound of DiGiCo is so clean and it is SO much easier to place things in the mix than in other consoles. There is a lot of space to work with sonically and I can do everything I want with the on-board FX and Dynamics. 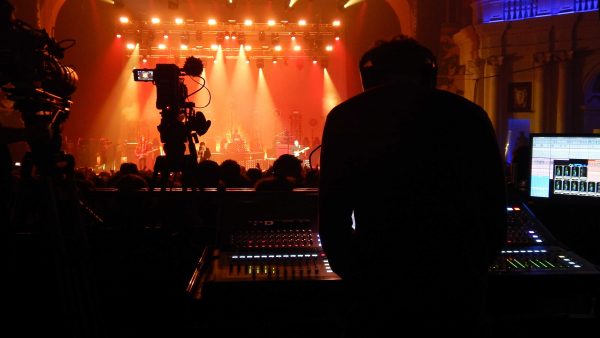 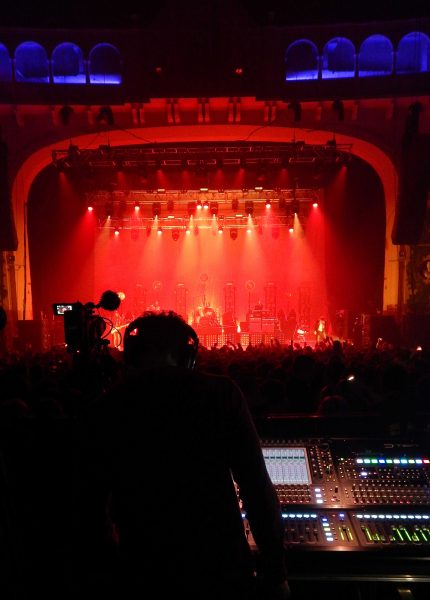 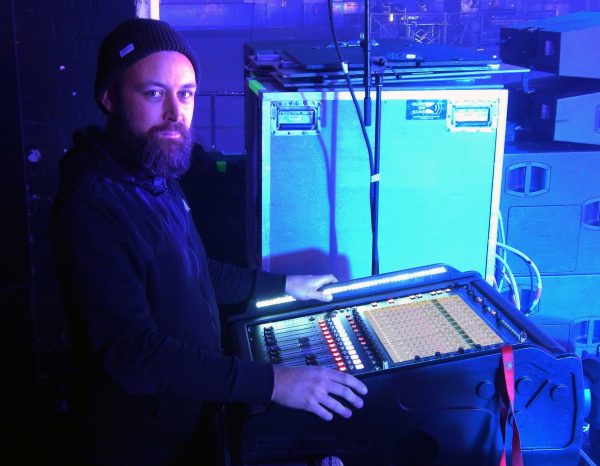