South African audio engineer, Emily Adams, was working on Pieter Toerien’s previous production, Joseph and the Amazing Technicolour Dreamcoat, when she was asked to do Evita, the original West End and Broadway production of Tim Rice and Andrew Lloyd Webber’s iconic musical. 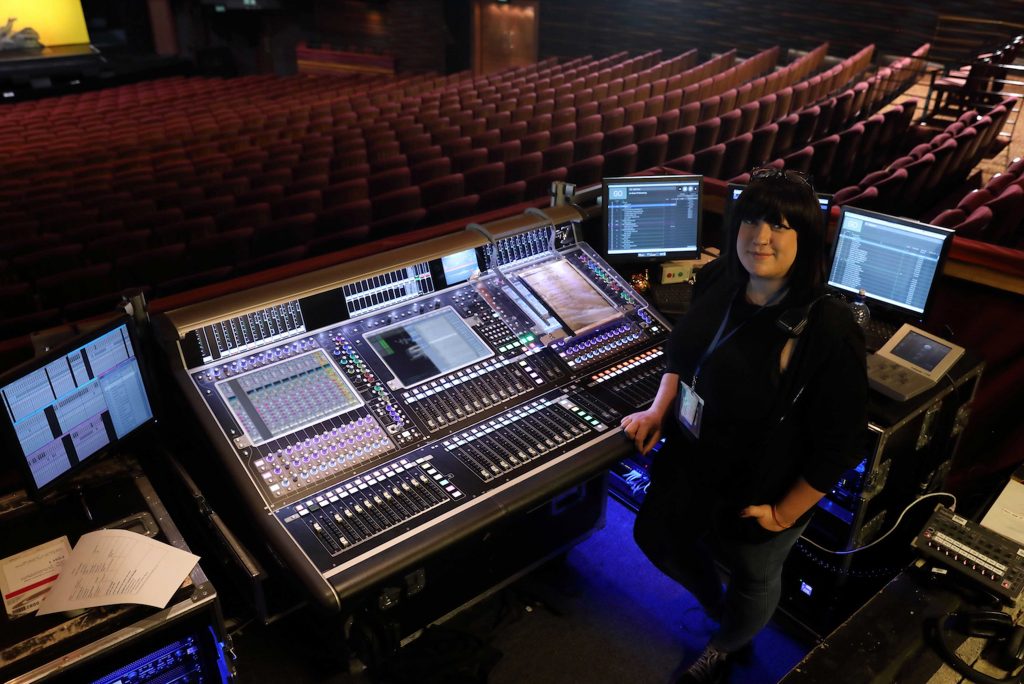 South African audio engineer, Emily Adams, was working on Pieter Toerien’s previous production, Joseph and the Amazing Technicolour Dreamcoat, when she was asked to do Evita, the original West End and Broadway production of Tim Rice and Andrew Lloyd Webber’s iconic musical. The show premiered at Montecasino Teatro in Johannesburg and recently moved to the Cape Town’s Artscape Theatre and will tour Asia in 2018. Emily is deploying a DiGiCo SD7T at the Front of House position.

The South African Evita cast is led by British actress Emma Kingston and the production has received rave reviews. ‘As always, it is a joy to experience the talent of the South African cast – one that would deserve a standing ovation anywhere in the world,’ said the Sunday Times Live, while IOL Entertainment wrote, ‘Evita is a truly world-class production that allows you to see the flawed and ordinary woman behind the figure who became the pride of a nation.’

It has been an incredible experience for Emily.

“It’s my first production as head of department on a show of this scale,” she says. “I started as an RF technician and I have done many shows at the Teatro Theatre, but I’ve always been the deputy head of sound and only mixed the occasional show, not actually run the show. This has been really challenging and I’ve loved every second of it so far.”

Many sound designers say women make excellent audio operators because of the way they take a subtler approach with their mixing.

“The designers for many musicals want a natural sound, so that the audience doesn’t walk away feeling like they have been ‘blasted’ for two hours,” says Emily. “For Evita, especially in the second act, I tried to make the smaller and more beautiful moments as delicate and natural as possible. It just brings out more of the emotion.

“For the first two weeks, I was so focused and invested, I would often get caught up in the emotion. I definitely take that on as an operator; I frequently get very drawn into the moment while mixing.”

Emily says she has also been lucky that she has such a great professional support system with the designers and operators that she works with and that this has contributed to making her the technician she is today.

This is not the first time that Emily has worked with a DiGiCo console.

“I would definitely choose the SD7T if given the choice of console for a musical,” she says. “The SD7T is so user-friendly and easy to navigate. It doesn’t take long before you’re jumping between layers and editing.”

The programming for Evita came from the Broadway production and was adjusted for the South African version and the audio cues are extensive. With many of the finer details done already, Emily took the basic structure and adapted it.

“I did things like assigning the correct cast members to each Control Group per cue and I shifted a few groups around and renamed them,” she explains. “But what was interesting about the way the show had been programmed, which isn’t how I’ve ever done it before, is that QLab triggers the desk cues. I’m used to triggering QLab from the console, so it’s a reverse way of how I normally work, but I like it because if I go to a cue too early, I can easily correct it without worrying about triggering an SFX on QLab. I also have more control on the console to jump between cues to edit.”

With a processing channel count of 253, the SD7T on Evita is almost maxed out. There are 38 radio mics on the production, which already takes up a fair amount of space.

“Five of the principles are double mic’d, so their channels have an alternate channel as well. We’ve used pretty much every channel,” laughs Emily. “It’s a bit of a beast of a setup, definitely one of the bigger ones we’ve had in this theatre in the last few years in terms of the audio.”

Along with the SD7T, an EX-007 was also used for the show’s tech production period.

“It was actually great because normally when you do a show and you’re in the tech period learning the mix, you will have the designer or production engineer in your space 24/7, adjusting various things,” she says. “So, you’ll be mixing and they will be leaning over editing. With the EX-007, it meant that while they were editing, I could focus on the mixing. But in addition, if they wanted to move into the house with it and do some adjustments, they had the freedom of getting out from under the balcony to get a sense of the whole picture.”

Monitoring onstage for the cast includes five sets of foldback sends; there is a UPJ on either side at the front end of the extension of the stage and then inside each wing is a d&b E8 that has been fitted into the set, facing onstage – there are a total of eight monitors. The monitors are post fade and controlled from FOH, all running through a Meyer Sound Galileo management system. Emily has control from the DiGiCo if needed.

“If I need to adjust something I can do it from this end,” she says, “but we generally don’t touch it once the show is set up. It all gets balanced and set beforehand during tech and shouldn’t need to be adjusted.”

The Meyer Sound system, which is made up of 16 M’elodies per side, multiple delays and side fills, has made mixing a pleasure for Emily.

“Many times, when working on a production, the house is smaller one day and bigger the next and it can sometimes be difficult to adjust and know that all areas of the house are happy,” she says. “But this system is so well structured across the whole auditorium that I never have to worry about that.”

Working alongside many of the original Evita creative team was a personal highlight for Emily.

“We had the original choreographer and costume designer, as well as Dan Kutner, who was directing the show on behalf of Hal Prince, who was very much in the loop. You wouldn’t normally have a choreographer giving you sound notes, but because he knew what Evita sounded like originally, he was trying to recreate the full picture of the show. It was really amazing to have this input. The knowledge and passion from everyone in the team, as well as the equipment we use, is what makes this production so amazing.”

I would definitely choose the SD7T if given the choice of console for a musical. The SD7T is so user-friendly and easy to navigate. It doesn’t take long before you’re jumping between layers and editing. 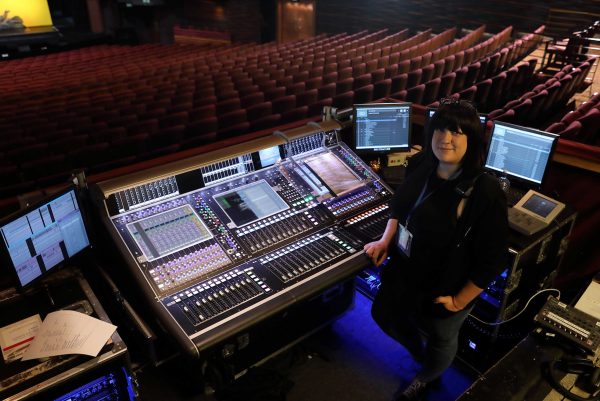