Rock in Rio was started by Roberto Medina in 1985. This was a point in Brazil’s history when the country was undergoing major changes and moving towards democracy, a political shift that meant that such a music event could be held in a South American country for the first time.

Rock in Rio was started by Roberto Medina in 1985. This was a point in Brazil’s history when the country was undergoing major changes and moving towards democracy, a political shift that meant that such a music event could be held in a South American country for the first time. Thirty two years later, Rock in Rio has produced 19 editions and has travelled to Lisbon, Spain and the US. It has featured over 1,500 artists, seen more than 8.5 million people pass through its gates and donated a staggering three million trees to the Amazon. It is still one of the biggest music festivals in the world and its latest edition, held in Lisbon in early July, relied on DiGiCo consoles, supplied by Brazilian rental company Gabisom, to help deliver the level of audio quality its audiences have come to expect.

Gabisom has been sound provider for the festival since 2001 and has worked with the organisers in Rio, Lisbon, Madrid and Vegas, specifying and designing the audio system for 17 of its editions. DiGiCo consoles were specified as house desks across the site, along with a Martin Audio MLA PA. Front of House ‘baby-sitting’ duties fell to Gabisom’s Peter Racy and Eder Moura, with Thiago Borges manning monitors.

“We decided to use the SD7 as the master console on the World Stage, the main stage for the festival, because of its superb sound quality, which we knew the guest engineers would be happy with,” says Gabisom’s Peter Racy. “It’s also really robust with dual engines, dual power supplies and redundant fibre network and it has endless resources and flexibility for routing and control.”

Because of the way the PA was set-up, with split mixes going to separate hangs for bands and vocals (designed to distribute headroom throughout the entire signal chain), the routing needs at FOH were complex.

“The guest mixers’ outputs (six lines each) were matrixed into the system to maintain ease and flexibility, allowing guest engineers to choose how they would prefer to run the system,” Peter explains. “For example, one of the choices was flown subs linked to the band PA, floor subs on aux, or the other way around, or all subs on an aux, or even having a full stereo mix sent to all. And there were many other options available, all easily accessed and implemented on the SD7.”

With SD Racks at FOH, stage left and stage right, and using the fibre network, Gabisom fed the amplifier’s AES directly from a pair of SD-Racks, one on each side of the stage, with absolute confidence in the robustness of the redundant fibre network. Patching external signals to and from stage was made easy, with ‘copy-audio’ allowing additional matrixing capabilities, whilst Snapshot recall was also a real plus, allowing the team to quickly, easily and reliably recall each artists settings, which had been dialled in during sound-check.

“The majority of headline artists brought in their own DiGiCo consoles and control, but where bands were using the house consoles it was an advantage to be able to pre-load their sessions,” Peter adds. “American pop rock band Haim’s engineer, who was using a house SD10, found this useful, particularly as they were really tight for time.”

Gabisom reports that all DiGiCo consoles performed flawlessly, and everyone that used them was happy, including the Gabisom team themselves.

“It all went very smoothly and there was nothing but praise and thanks at the end the festival,” Peter concludes. “You really can’t wish for more than that.”

It all went very smoothly and there was nothing but praise and thanks at the end the festival, you really can’t wish for more than that. 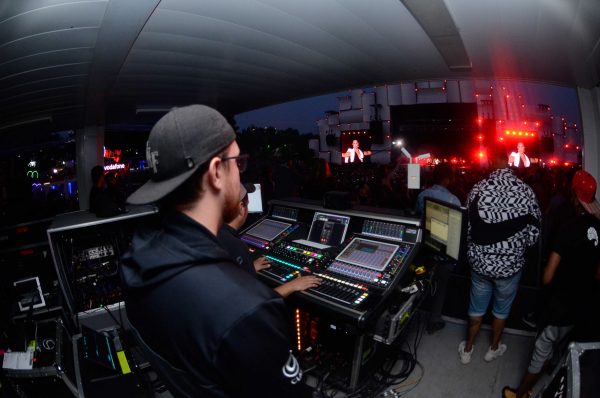 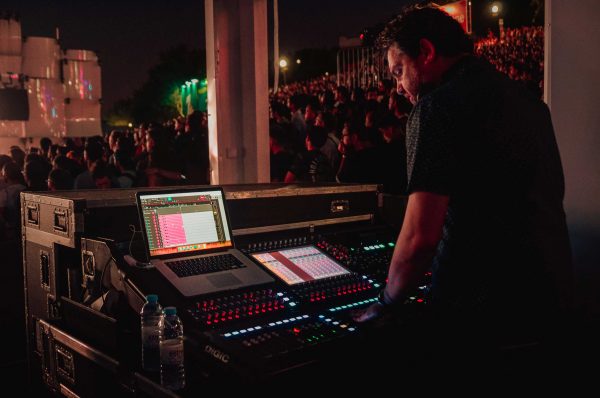 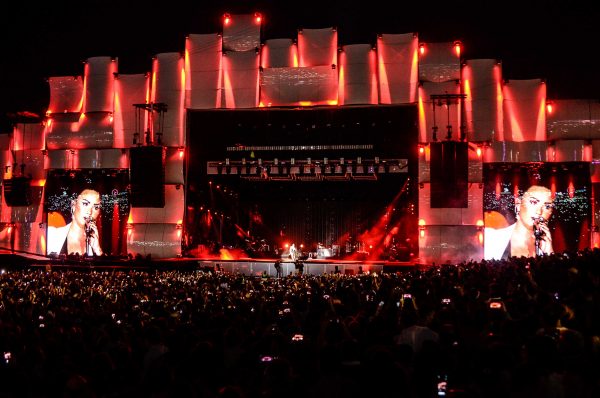