Established for over 65 years, the renowned Musical Theatre in Poznań, west Poland, has premiered a remarkable number of hit shows across the decades, many of which were written especially for the theatre and proceeded to become celebrated productions performed across the country. With an audience capacity of approximately 400, the specialist venue prides itself on production values, and with a new high-profile play coming to the theatre, the venue made the timely decision to upgrade its long-serving DiGiCo console from an SD5 to a dedicated theatre model, the SD7T.

“With such a prestigious premiere, it was essential we establish the right technical infrastructure, so we took the leap to invest in a new DiGiCO console,” explains the theatre’s sound engineer, Agata Dankowska. “The theatre has been using an SD5 and two SD Racks for years, and when I joined the team four years ago it was love at first sight! They’re very intuitive consoles to operate, are unbeatable on sound quality, and the configuration possibilities are endless, so only my imagination is the limit! DiGiCo’s flexible nature is very useful in a theatre environment, as it helps the operator to work in quickly changing conditions. As a specialist musical theatre, the SD7T provides us with even more tailored options.”

“The main advantage of the SD7T is that there are more faders in the central panel and greater visibility, so I can fill the upper panel with Control Groups for the orchestra, and the lower one for all other channels,” explains Dankowska. “I love the T software, the difference for us is huge! I can make changes on the fly during rehearsals, which saves a lot of time during prep for new shows. The shortcut options are amazing – I love the cue channels window as I can copy an exact parameter and place it in a totally different cue, and select all and edit the channel parameters in the cues panel later. The ‘Players’ option, where we can set EQ, compression and aux sends to create personal sends to monitors, is also very helpful. The camera was the surprise ‘must have’ feature for me, as when we are playing effects that have to be synchronised with the orchestra, I can see the conductor to check we are in time.

“Set spills are also very important when we are dealing with large numbers of vocalists, as it means we can recall a selection of actors for a scene in one layer. Another useful feature is Macro buttons, as you can program them any way you wish. For me it’s save session, tap tempo for delay and sending signal for a specific aux.”

Dankowska first came into contact with the theatre whilst studying for her sound engineering degree. On graduation, they offered her a full-time position, working alongside, systems manager, Krzysztof Polesiński. The sound team has since expanded to four to cater for the venue’s increased programme post Covid. The timeframe for each show is generally two weeks, comprising load in, set build, orchestra and AV installation, rehearsals, four or five-day show run and then break down and load out. Recent productions have included Fiddler on the Roof, Sister Act, The Addams Family, Madagascar, Pippin, Virtuoso, Kombinat and now Irena.

“It’s hectic, but I like the frequency because it means I can never get tired of a show, and each production has a completely different arrangement and challenges,” comments Dankowska.

There are plans to have a new venue by the end of 2025, expanding the venue into two halls, seating an audience of 1,200 and 300, a banqueting hall for 200 people, plus a recording studio.

“This will make it the largest musical theatre in Poland, and the new SD7T will serve the renovated hall perfectly at FOH,” concludes Dankowska. “DiGiCo with Waves plugins is the highest quality of sound that I can imagine. There are so many features to explore, every day I feel I discover something new. If I ever feel stumped, DiGiCo’s support is excellent, you can call them any time and they’ll answer and help you. The YouTube channel is also very helpful! I really appreciate the software updates and every time they surprise me with new functions. I love my job and I wake up every morning with a smile on my face thinking about going to work.”

It was love at first sight! They’re very intuitive consoles to operate, are unbeatable on sound quality 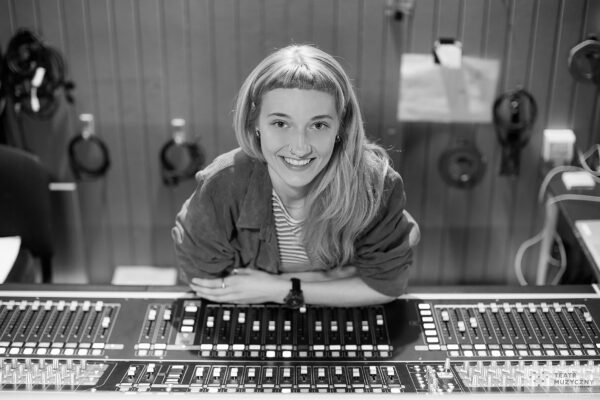 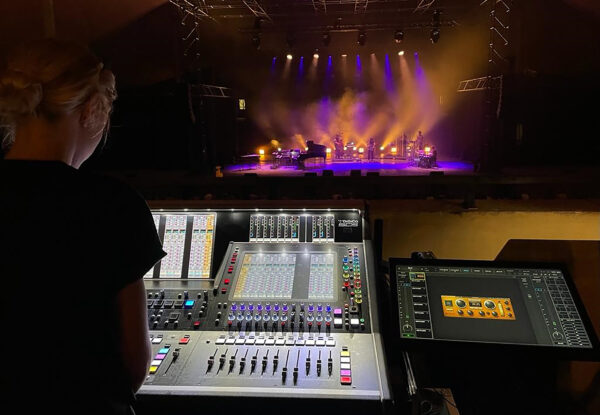 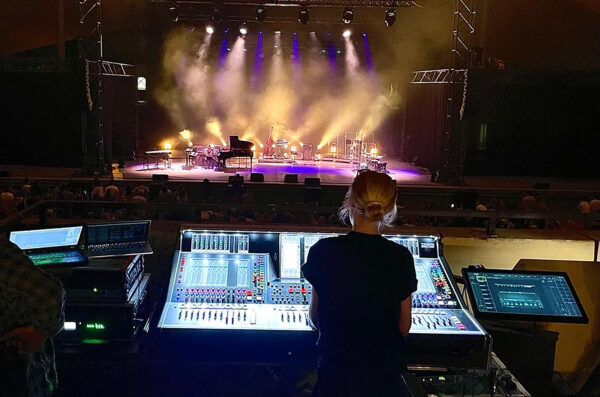 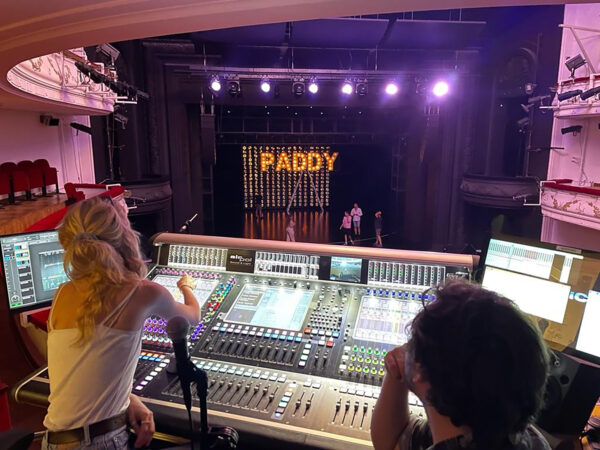