LUTZ, Florida – Idlewild Baptist Church in Lutz, Florida is the very definition of a mega church. Its 5,000-plus-seat sanctuary is big enough to accommodate a Boeing 747 airliner and still leave room for the church’s 210-voice choir and 64-piece orchestra.

Last September, the church realized it needed to update its audio infrastructure, to improve acoustical issues such as speech intelligibility in its reverberant main hall, and create a better AV training environment to support its mission of educating the next generation of house-of-worship systems operators. It accomplished all of that and more when it acquired a fully integrated suite of systems and products from DiGiCo. This technology package comprises an SD5 console for front of house, an SD12 console for monitors, and an SD5B for the church’s broadcast studio, as well as four SD-Racks, an Orange Box multichannel interface, and a complete Waves processing bundle. The DiGiCo package was designed and integrated by Blackhawk Audio, based near Nashville, Tennessee.

“We knew it was time to update our audio infrastructure,” recalls Ryan Kindle, Idlewild Baptist Church’s creative director. “We had two main goals we wanted to achieve with the next generation of audio technology we would use at the church: it had to be technology that was being widely used by top professionals, and it had to be able to act as a teaching platform, because that is a major mission for us—to educate future generations of people who will work with professional audio, video and lighting systems, in houses of worship and elsewhere.”

Kindle says their research extended to polling their colleagues in the touring industry about what they were using. “Nine out of ten of them told us, DiGiCo,” he says.

Furthermore, in looking at the form factors of the SD-Range, Kindle says that they are the only consoles that allow two people to comfortably work behind them. “We believe in the idea of the A1 and the A2 working together, able to physically touch the consoles, teaching and learning as they go along,” he explains. “Also, the consoles are laid out in such a manner that you can move from right to left and learn the console in a very logical fashion.” That doesn’t take away from the consoles’ high degree of operational flexibility, he stresses, “but it’s a great way to learn the console and learn audio.”

That flexibility is important, as is the consoles’ capability to act as a unified ecosystem, says Kristy Reed, production director and head of audio at the church. “We have four SD-Racks: one is at the stage and is being used as the stage box for the 64-piece orchestra,” she says. “From there, we have a three-way mic split, with close to 200 channels and 54 recessed mic-input stage pockets, to FOH, monitors, and broadcast. The DiGiCo consoles and Optocore network have made that situation much easier to handle, with all of that now on fiber to the consoles. With the Orange box and the Dante card, we have created a superhighway of on and off ramps to the system.”

“Before, we had three consoles, all on mic splits, and each of them had to be patched and then landed in the consoles three different ways,” adds Kindle, comparing the church’s workflow then and now. “With the SD-Racks and Optocore, you just plug something in one time and it’s available everywhere. That’s been a life-changer.”

Two more SD-Racks are located in the church’s machine room, where they also manage input from 36 channels of Sennheiser 6000 Series wireless microphones and eight channels of Sennheiser G4 in-ear wireless monitors. A fourth SD-Rack is located in the broadcast studio. Kindle says a BroaMan Route66 Optocore AutoRouter is a key component of the church’s renovated audio infrastructure, and that the DiGiCo consoles integrate seamlessly with it.

And then there’s the sound. Reed says the first mix heard through the SD5 was simply: “Wow! It was as though a veil had been lifted off the sound in the room. Even the non-technical people in the room notice it.” She adds that the band instantly recognized the 96kHz difference on the first day of rehearsals. “They love the clarity and openness the improved resolution brings. Also, the room used to get muddy even at 65dB, but the console’s pristine fidelity paired with the Waves bundle has really improved how we process speech and done wonders for intelligibility,” she says.

Furthermore, the staff has been making extensive use of the virtual soundcheck capability, which has accelerated the training process considerably. And she says the integration with Figure 53’s QLab multimedia playback software has taken the church’s theatrical productions to another level, for instance using QLab to remotely fire snapshots on the SD5 at FOH. “This is a working theater as well as a sanctuary, and the flexibility and features of the SD consoles make it even more of a professional theatrical environment. They’ve completely changed the dynamic of how we work.”

Just as impressive, according to Kindle, has been the customer service that the church has gotten from DiGiCo’s US distributor, Farmingdale, New York-based Group One Ltd. “We have placed a few calls to them for assistance and questions over the past year, and I now have the personal cell phone number of each person I have ever spoken to there—not because I asked, but because the guys on the other end genuinely want to help—from Ryan to Kyle to Chip. Their customer service has absolutely been the best. Pair that with the fantastic design and integration support we’ve received from Blackhawk Audio—especially Rick Shimer, who bleeds DiGiCo—and we couldn’t be happier with our decision to have an all-DiGiCo main worship space here at Idlewild Baptist Church.”

We knew it was time to update our audio infrastructure. We had two main goals we wanted to achieve with the next generation of audio technology we would use at the church: it had to be technology that was being widely used by top professionals, and it had to be able to act as a teaching platform, because that is a major mission for us—to educate future generations of people who will work with professional audio, video and lighting systems, in houses of worship and elsewhere. Research extended to polling colleagues in the touring industry about what they were using. Nine out of ten of them told us, DiGiCo. 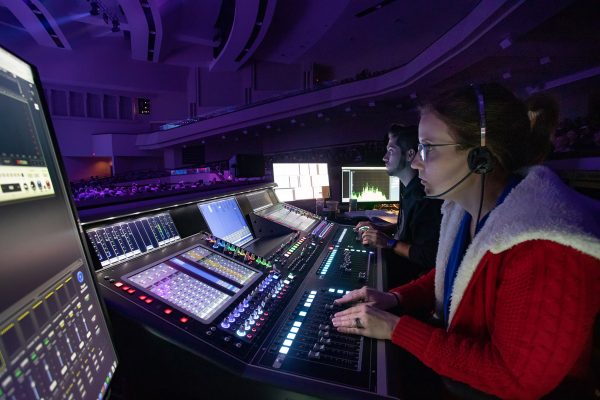 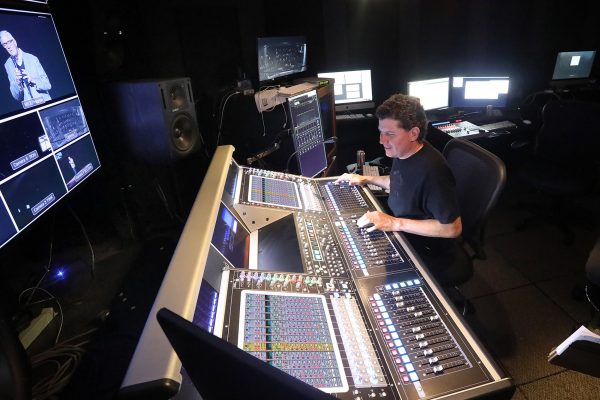 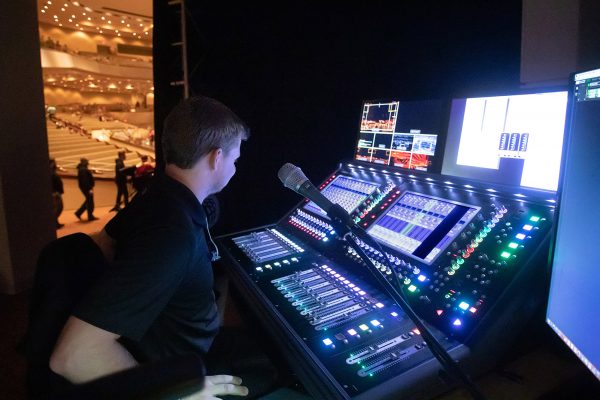 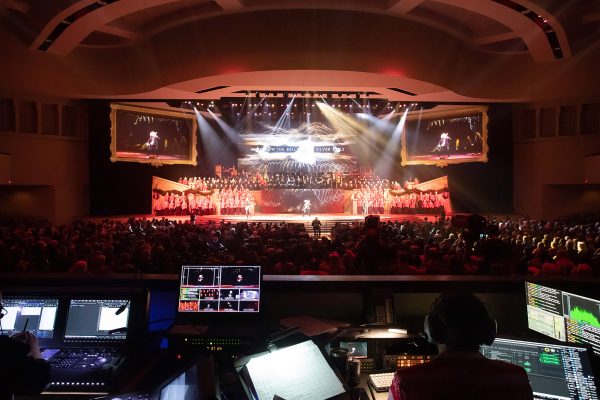