The Church Unlimited branch in Mbombela, South Africa, is an independent church driven to be Jesus’ hands and feet in the community. Planted in October 1995 the church has a heart for people, especially orphans, vulnerable children and widows, and supports around 1 100 children every month through their non-profit organization called Sinani which in IsiZulu means “we are with you”. The church recently expanded its building to a capacity of 1,100 people and the upgrade included an L-Acoustics A15i system, a DiGiCo S21 audio console, KLANG:kontrollers, KLANG:vocal, an Absen DW2 2.9mm LED screen and lighting to complement their existing stock, all supplied and installed by DWR Distribution.

Kyle Nel of AVS Hire was appointed consultant for the project, working closely with the church’s project manager, Louis Nel. He already had a relationship with the church, his rental company regularly supplying a sound technician or gear for church services. “Involved at the church in various ways over the last few years, either behind or in front of the sound desk, I had direct insight into the challenges that had to be eliminated,” said Kyle. “The main focus was getting the venue to sound good from any listening position.”

The church had an idea of what they wanted in terms of delivering an experience but relied on Kyle to technically pull it off. “A technical upgrade had been top of mind since before lockdown and many quotes had been requested and received with various solutions and proposals,” he adds. Kyle recalls a morning meeting where he was asked what he would do if given carte blanch to spec the church in a way that would make it easier behind the console and would make the service sound better. He says there was a 0,4-second hesitation before he answered, “It’s simple, an L-Acoustics PA, DiGiCo desk, fully kitted stage boxes, KLANG for immersive IEM with intuitive control, and the right people to do it.” From there, the meeting tripled in length, ideas were thrown back and forth, and directly afterwards, he made contact with suppliers, DWR Distribution.

“Robert Izzett and I went for a site visit at the end of last year after receiving the basic brief,” explained Richard Smith of DWR, who was Project Manager and Audio System Designer for the installation. “We always like to verify rigging, power and so on before doing a final quote. The brief was for basic lighting, audio consisting of a PA, cabling infrastructure, a mixing console and personal monitoring system, and lastly an LED screen. Our main contact was Louis Nel, the project manager for the entire project and a full-time elder in the church, and I think on a personal note, this was probably one of the easiest clients I’ve ever had the pleasure of working with, making the job so much easier.”

Said Louis Nel, “The greatest challenge was planning the different phases of the new building and installation as finances allowed. We were grateful that we could complete the new audio system together with the media upgrade. We love the new sound and have only had positive comments. It has been a great improvement to what we had in the past.”

The new audio system comprises an L-Acoustics A15i system consisting of four hangs of two A15i Focus and an A15i Wide each. Six KS21i 21-inch subwoofers are evenly distributed in front of the stage. This is all powered by one LA12X and two LA4X amplified controllers.

The console is a DiGiCo S21 worksurface with a D2-Rack. “We installed a MOD-DMI-Dante2 Dante Card into the console for integration with the KLANG Personal Monitoring system, and other possible Dante devices,” said Richard. “The Personal Monitoring System consists of a KLANG:vokaal processor, and six KLANG:kontrollers for the main band members. The church already owned six wireless in-ear systems, and these were fed by the console, and controlled wirelessly via the KLANG App.”

Adds Kyle, “The response from our musicians is that KLANG is revolutionary. The ambient mics are such a great complement, and with the immersive audio positioning that is possible with the system, the band members are getting more involved in the purpose than the process. They can focus on their art – not on their monitor sound.”

Kyle also wanted a neat and easy way for the church band to plug their instruments into the system. “We used a box designed by DWR Distribution’s manufacturing department to create a system of 13 Stage Dip Boxes to plug in instruments or KLANG:kontrollers anywhere onstage, without having long cabling running over the stage creating a mess,” said Richard.

The new Absen DW2 2.9mm indoor LED screen (5m x 3m), driven by a Novastar VX4S Screen Processor, is being used as the main media screen at the centre of the stage, with the church’s existing screens, which make use of a projector, positioned on either side. The install includes a new cabling infrastructure and DWR’s Bugs 32A 3-Phase Distro. “Keith Pugin and the team did an amazing job manufacturing ten custom brackets to hang the screen off the main H-beam,” explained Richard.

“The vivid and clear screen greatly enhances the media presentation during our services,’ added Louis Nel. “The feedback from our church members has been positive and it produced a ‘wow’ factor the first time they saw it. The screen is easy to operate and presently runs at around 20% brightness level.” To reach out to the youth, the church now also use their screen for a few movie nights!

“Working with Kyle Nel and the team from DWR Distribution has been a pleasant experience,” said Louis Nel. “I was impressed with the professionalism of Richard and his team and would recommend DWR any time.”

Richard concludes, “This was a team effort and it was a great pleasure working with the church’s  Louis Nel and technical support, Zander de Beer. Thank you very much to Kyle Nel and JP Ridgard from AVS Hire for trusting us with the project. I would also like to thank Robert Izzett for his contribution as rigging consultant, for the screen set up and installation work completed, to Jaco Beukes for the audio system tuning and audio install, and then to Keith Pugin, Rob Young and the DWR Manufacturing department. We called on the services of the Install Crew to help with the installation, and were grateful to be so ably assisted by Mpho Sediane and Patrick Buthelezi.”

The response from our musicians is that KLANG is revolutionary. The ambient mics are such a great compliment, and with the immersive audio positioning that is possible with the system, the band members are getting more involved in the purpose than the process. They can focus on their art - not on their monitor sound. 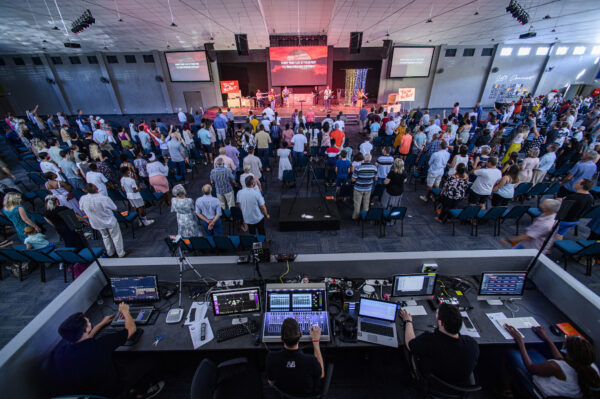 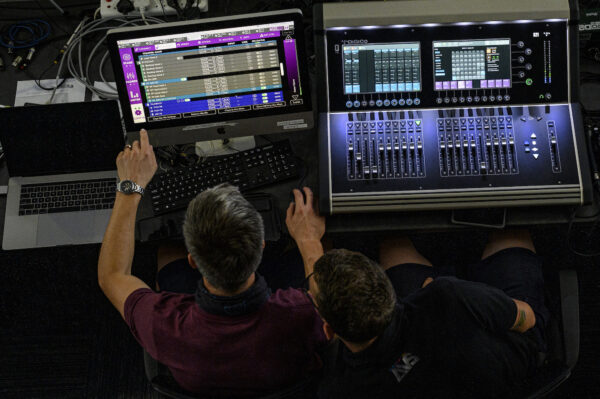 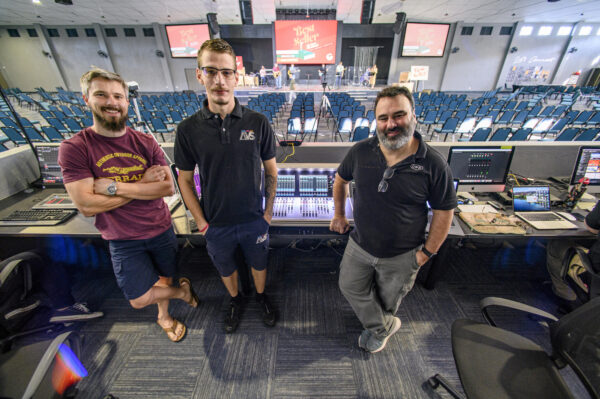 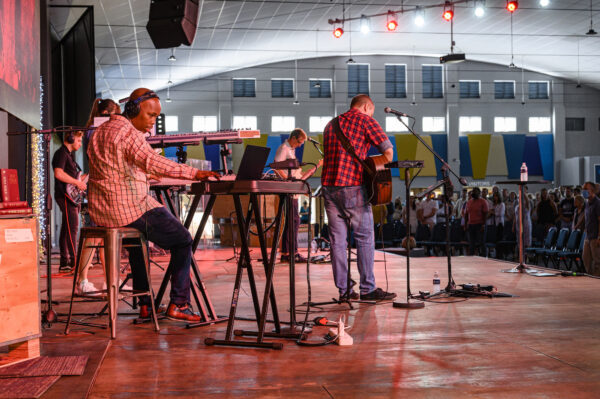 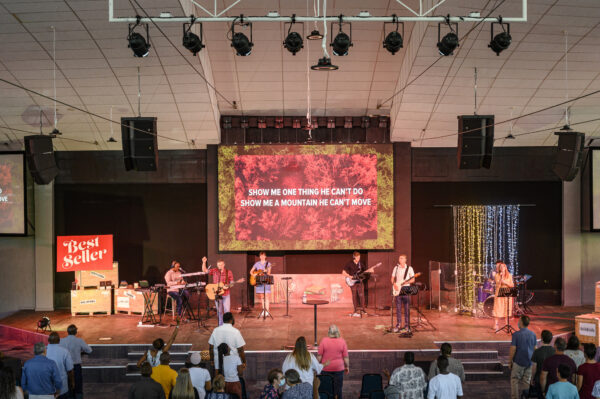