Madonna, renowned for her elaborate complex productions, and exacting standards, has chosen a pair of DiGiCo SD7s to deliver equally exacting audio for her Rebel Heart Tour.

Madonna, renowned for her elaborate complex productions, and exacting standards, has chosen a pair of DiGiCo SD7s to deliver equally exacting audio for her Rebel Heart Tour.

She achieves this perfect sound with the Rebel Heart Tour’s Front of House engineer Andy Meyer and monitor engineers Matt Napier and Sean Spuehler.  On the tour, Meyer and Napier are both using SD7s with Napier’s console featuring an EX007 fader expansion where Spuehler mixes Madonna’s vocals and effects.

“Madonna likes her live sound to be as close as possible to the album,” says Napier.  “To accomplish this, Sean focuses on mixing her vocal effects and delays, which are then bussed to the FOH console so – in theory, at least – the audience hears exactly the same vocal sound that she does.”

Madonna is an artist who still likes to push the boundaries with her live production, and an arena tour features many elements that can present several challenges.

“Every Madonna tour has its unique aspects,” Napier continues.  “The main one for monitors on the Rebel Heart Tour is that she spends a large proportion of the show 110ft (34m) in front of the PA. As she gets further into the PA, the sound of the spill through her vocal mic means what she needs to hear in terms of pitch and timing constantly changes.”

“It’s the first time I’ve run a show using timecode, which I’ve done partly to mitigate this. Having multiple snapshots per song, all fired automatically via timecode has freed me to concentrate on the aspects of the mix that I need to adjust in compensating for the effect of her moving along the catwalk.

“We rehearse Madonna shows for a long time, 112 days for this tour. That time allowed me to automate the constants and to focus on the variables. The timecode has also been really useful when we have the occasional – inevitable – problem, because it allows me to focus on that and not worry so much about missing a cue.”

Alongside Madonna, stage personnel comprise four musicians, two backing vocalists and 20 dancers.  All of the musicians are on in-ear monitors, with additional monitoring for musical director/keyboardist Kevin Antunes, a thumper for drummer Brian Frasier-Moore and sidefills for the dancers. Sean’s vocal group is bussed into Matt’s side of the SD7, where he adds it to the music mix in her monitors, as well as looking after the other musicians. In all, the monitor SD7 is set up with 118 input channels, 19 mono auxiliaries, 22 stereo auxiliaries, six stereo groups, four mono groups, 10 matrix outputs and 12 control groups.

“We have kept the console running at 48kHz, mainly because we interface via MADI with the playback computers and all the show sessions are at that sample rate,” says Kevin. “In addition to the playback, we also send record lines back to playback world. This means that in rehearsals the musicians can add any overdubs, or additional parts, quickly and easily.  A second MADI interface system connects via RME MADI Bridges to two Mac Pros running Apple Logic. This allows us to interface third-party plugins directly with the console.”

MADI is also used to record all the shows to Reaper DAW running on a Mac Pro and recording to a RAID drive. The recordings are archived to four terabyte backup disks, a copy of every show being kept.

“Madonna always likes to put on a great show and the production on this tour is really dynamic,” says Matt. “In terms of the technical production it has tested us, but it is never a bad thing to keep us on our toes! The DiGiCo SD7s have taken it all in their stride and helped to ensure that audiences across the globe are enjoying shows that look and sound really impressive, yet to them seem effortless and seamless.”

The DiGiCo SD7s have taken it all in their stride and helped to ensure that audiences across the globe are enjoying shows that look and sound really impressive, yet to them seem effortless and seamless. 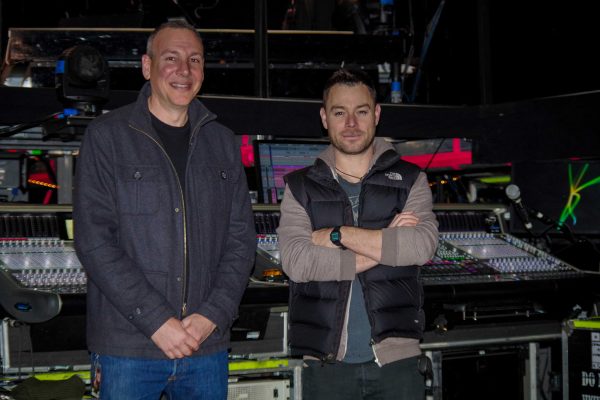 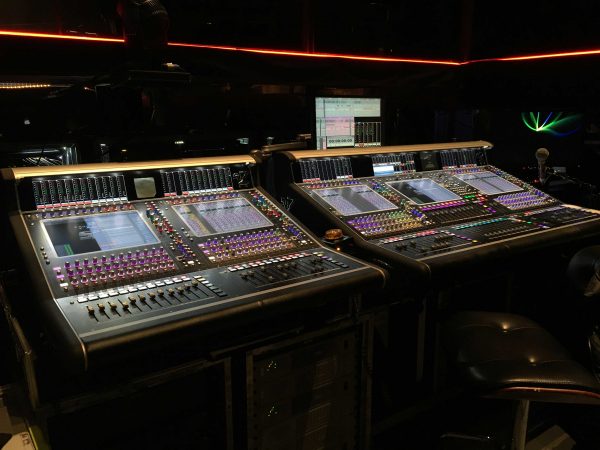 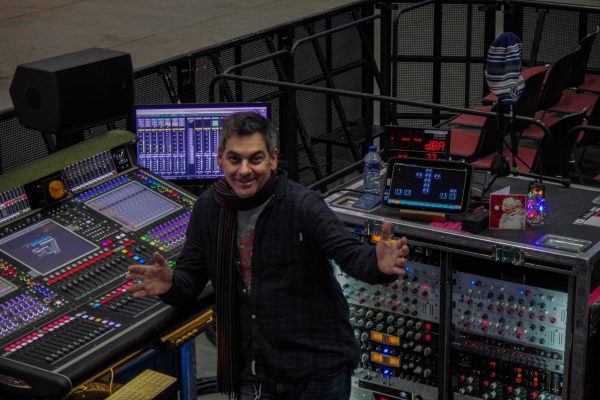