South Africa is now able to give international audio engineers what they need and what they ask for with the very first DiGiCo SD7 in the country.

South Africa is now able to give international audio engineers what they need and what they ask for with the very first DiGiCo SD7 in the country. The exciting investment was made by Kevin Glover, owner of Sound Stylists, and the SD7 will compliment his existing DiGiCo inventory, which is the largest in Africa. Training on this console will also be offered to all interested parties in the near future.

Sound Stylists brought the first DiGiCo to South Africa in 2006, with the purchase of a DiGiCo D5 Live. The company has added to its stock over the intervening years, which now comprises two D5s, two SD8s, an SD10, and two S21s, as well as associated racks and accessories.

Was the SD7 needed? “Absolutely!” says Kevin. “The South African market is maturing and getting bigger. There were several international artists that we serviced with our SD10 last year, however, a number of them were looking for SD7s so essentially, we are answering that call. In addition, we also needed extra SD Racks and having the 32 Bit Mic Preamp cards also increases their desirability.”

Kyle Robson of DWR Distribution, the DiGiCo distributor in Africa, elaborates: “To meet the requirements of international acts, we were hiring in an SD7, often from Dubai. The SD7 is still one of the most popular consoles on the market, mainly because of its dual engines. It’s like having two consoles in one, which offers the redundancy that engineers like; they have the assurance that should one, for some reason, fail, the other will kick in, which gives real peace of mind. Other benefits include having high channel counts, more faders, more screens and a bucket load of outputs.”

The sale was an emotional one for Kyle. His introduction to DiGiCo was during his time working for Sound Stylists and he was one of the first users to mix on the D5.

“It has been one of my biggest dreams to get an SD7 in the country,” he said, clearly delighted. “I have not mixed a show on an SD7, but have had the privilege of being able to stand behind the console and play, as well as receive training from DiGiCo in the UK on all the SD consoles.”

The news has spread like wildfire and Kevin has had positive feedback on his Facebook page from engineers who cannot wait to try out the SD7.

“I always use the analogy of a BMW showroom,” said Kevin. “You need a 7 Series on the floor in order to sell a 3 Series. Your biggest mover is going to be the 3 Series, but everyone knows you can offer the full suite.”

Of the Sound Stylists and DiGiCo legacy, Kevin admits his initial investment in the D5 Live may have been a little late in the game, but even so, it was always incredibly desirable.

“Going forward, I have to say that out of all the console manufacturers that we’ve worked with, DiGiCo has been the most supportive and we receive support, back-up and education from both DiGiCo and DWR Distribution,” he says. “I know that should DWR fall off the planet tomorrow, I could pick up the phone and anyone at DiGiCo would assist. Do I have that type of relationship with any of the other manufacturers? No, I don’t.”

DiGiCo has proved to be a sound investment for Sound Stylists.

“The SD8s have worked hard and they will continue to work hard,” says Kevin. “They are our stock standard desk of choice. The SD10 essentially does the high-end corporates like the SAMAS and international acts, and while the SD7 is aimed at the very top end of the market, I don’t think that’s a bad thing.”

As for the D5s, they continue to offer stability, reliability and build quality.

“The fact that we can still put the D5s on shows now is a testament to the pedigree of an incredible desk. They have an incredibly high channel count and sample at the same rate as many of today`s consoles, even 12 years down the line. With time and growth of technology, they will be overtaken, but they will still work and still generate income. In fact, both of the D5s are currently out on a festival.”

A key factor for Kevin is that DiGiCo enables him to standardize racks across the various models, providing flexibility and power.

“I have seen the major rental companies across the US and the UK investing and aligning in DiGiCo,” says Kevin. “With this in mind, Sound Stylists will be making further DiGiCo purchases in the near future, both with surfaces and additional SD Racks.”

“I am delighted that Kevin and Sound Stylists has chosen to not only continue their investment in DiGiCo, but to go for our flagship SD7,” says DiGiCo’s Ian Staddon. “I, and many of my colleagues at DiGiCo, have known Kevin and several of his team for a long time and it personally gives me great satisfaction to know that Sound Stylists appreciate DiGiCo, our products and what we stand for as a manufacturer. Our beliefs are mirrored by DWR and this sale is a testament to that; a great team effort by all involved. Thanks to Kevin and DWR!”

Kevin sees the future of the new SD7 working for everyone. He aims to make the console readily available, so that audio engineers in the South African industry are comfortable and familiar behind the console. He will be first in line to receive the training from DWR.

“I’m an old dog and it’s going to take time, but I’m excited. I want to stay current and I want to know what my team are talking about,” he laughs. “One thing I will say, and this is a sentiment from my team when they have a choice of desk to run a show, they always choose DiGiCo.”

I have to say that out of all the console manufacturers that we’ve worked with, DiGiCo has been the most supportive and we receive support, back-up and education from both DiGiCo and DWR Distribution, I know that should DWR fall off the planet tomorrow, I could pick up the phone and anyone at DiGiCo would assist. Do I have that type of relationship with any of the other manufacturers? No, I don’t. 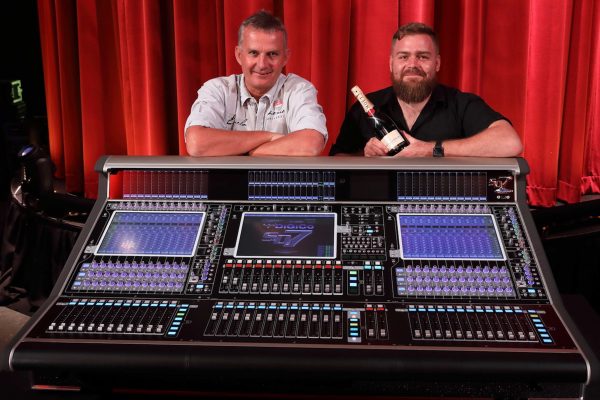 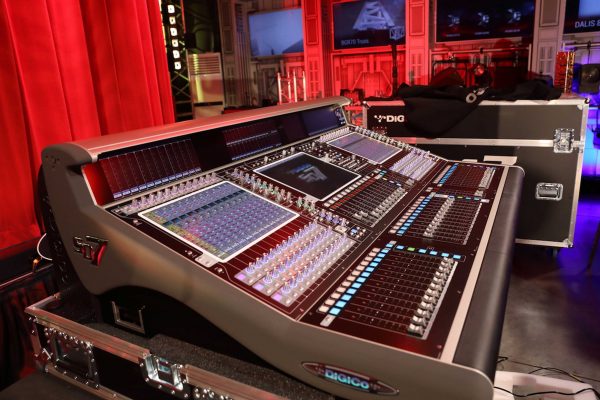 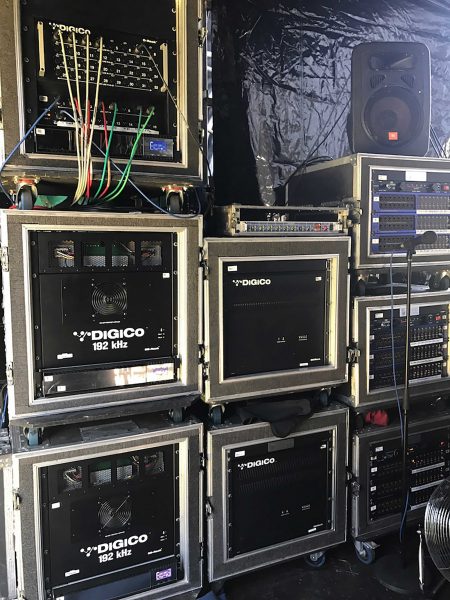