Parodist’s tour takes his band and local orchestras on a summer-long run with high channel counts, but the two large-format SD-Range desks assure that FOH and monitor worlds have what they need

LOS ANGELES, California – As to be expected, “Weird Al” Yankovic’s latest North American tour, which kicked off in Clearwater, Florida on June 5 and runs through early September, features the artist performing his signature hilarious parodies of hit songs recorded over more than four decades. This time, however, he’s being backed up not only by his usual talented band, but also by a full local orchestra at each tour stop. Managing the massive channel count of this big traveling circus are two DiGiCo SD5 consoles, one each at FOH and monitors, supplied by Escondido, California-based SR vendor Sound Image.

Complementing the consoles are two 56-input SD-Racks and two SD-MiNi Racks, offering FOH engineer “Big Al” Rettich and monitor engineer Dana Beaudin plenty of functionality and flexibility for the tour’s high channel counts. In fact, Rettich says that the SD5’s input capacity was the main attraction for him.

“Originally, I looked at the DiGiCo SD12, but at the time it was limited to 70 paths, and we knew we were going to be well over a hundred inputs, so the SD5 was the natural fit,” he explains. “I love the SD5’s metering and the flexibility of the desk. On top of that, having three 12-channel banks is extremely helpful as I’m riding faders constantly while I’m hitting cues.”

This tour is Beaudin’s second time around on the desk. “I had moved to an SD5 for our tour last year, switching from another manufacturer,” he shares. “Going into this tour knowing that we would have all the inputs from the orchestra as well as some tracks, it was a no-brainer to go for the same console again, as it could easily handle the inputs. We are also sharing head-amp control on the racks to eliminate a split and keep the footprint of monitor world to a minimum.”

“For me, the biggest challenge is definitely hitting the cues,” he says. “Al wants to hear certain instruments pop in and out of songs, mainly the flutes and French horns, so having 36 faders in front of me so I’m not swapping between pages has been great. I also utilize the snapshots a lot. At 133 inputs, it’s difficult without using snapshots, so taking the time and perfecting my snapshots makes everything so much easier later. Plus, we’re going from theaters one night to sheds the next, and a different orchestra every night, and sometimes a 70-piece orchestra is a tight fit on a stage, so the SD5’s flexibility is a lifesaver.”

The snapshot feature is just as critical at monitors, says Beaudin, who contends nightly with virtually the entire band and crew on IEMs, plus sidefills for the orchestra and clicks for section lead players, for a total of 16 stereo and three mono mixes.

“Al and his band have been doing this for a long time and know what they want to hear in their mixes for each song, which can vary greatly from one minute to the next,” he says. “Having to make those changes without snapshots would be impossible. I also use a lot of macros, to talk to almost every person on stage, as well as for particular console moves I don’t want to do on a snapshot.”
“The Text Chat feature has also been a useful tool, letting Big Al and me update each other on things during rehearsals or the show,” Beaudin continues. “Copy Audio has additionally been useful as we have a new orchestra for almost every show. I run virtual soundcheck with the conductor and orchestra to rehearse the show without needing the band to come in for three hours every day. And being able to customize the layout of the desk to suit my needs is a huge benefit.”

The Rack systems further help keep a complex tour under control. Rettich says the two SD-Racks are “completely maxed with inputs,” so one SD-MiNi Rack is utilized for video lines and another as a backup for the video lines. “I have the SD-MiNi at FOH to allow me to digitally insert my Lake LM 44 system processors,” he says. “Being that we’re playing a mixture of sheds and theaters, I needed the flexibility of having system outputs either at FOH or onstage. Also, I’m using outputs to feed record outputs as well.”

What’s also making the job at FOH a bit easier are the SD5’s onboard processing and the integrated Waves plug-in processors. Rettich loves the Waves gear and regularly uses it; however, he adds, “I’ve now started to use the SD5’s multiband compressors and dynamic EQ,” he says, something that’s also helped the workflow. “I went from close to 60 plug-ins down to less than 30. The DiGiTubes add just a bit of grit and harmonic distortion that makes instruments pop nicely without adding a plug in.”

Rettich says this tour is the biggest one he’s ever helmed at FOH, but his SD5 makes it more than manageable. “There are things that Al might ask for that, if they can’t be done, we can’t blame that on the console because it can do pretty much anything you ask it to,” he quips. “But best of all, it sounds awesome. Al’s music depends on people getting the joke, so they have to hear every word clearly. We’re not traveling with a PA system, so the only consistent tool we have to do that with is the console, and it comes through clear as a bell, night after night.”

For a list of upcoming stops on the “Weird Al” Yankovic’s “Strings Attached” tour, visit www.weirdal.com/tour. Sound Image can be found online at www.sound-image.com.

The SD5 was the natural fit. I love the SD5’s metering and the flexibility of the desk. On top of that, having three 12-channel banks is extremely helpful as I’m riding faders constantly while I’m hitting cues. 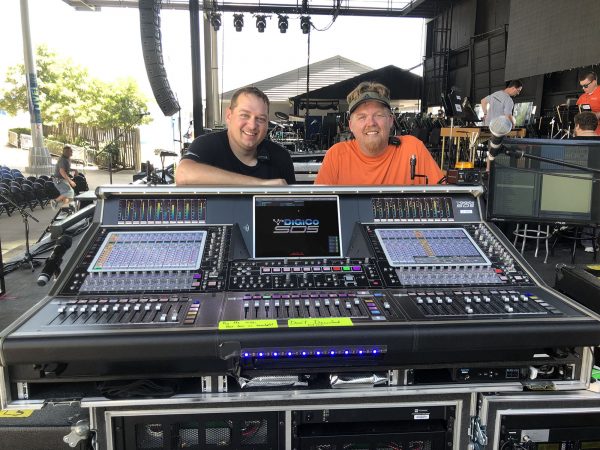 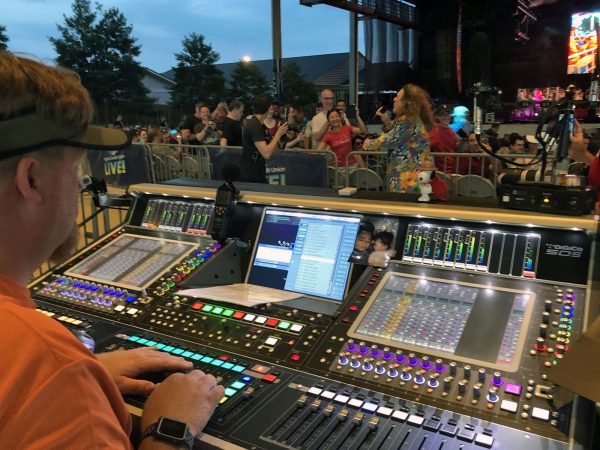 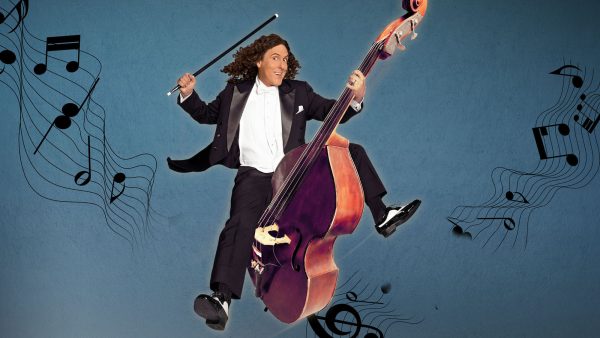