AUSTIN, Texas – June 2022 – Clifford Antone was all about the blues. The son of Lebanese immigrants harbored a love for that strain of Americana and ended up building an empire around it, including its crown jewel: Antone’s, one of the seminal establishments of Austin, Texas’ famed 6th Street music-club row. The current 400-capacity iteration of the venue, which originally opened in 1975 and has long been a regular host site for the annual SXSW music festival, is now a block away on 5th Street, but its audio technology took an exponential leap forward in February with the installation of a DiGiCo Quantum225 console that serves both front-of-house and monitor duties.

Myles Fontaine Crosby, head of audio for the club, has been part of the Antone’s family for the entire seven years that it’s been in this location and for six years more at its previous address. He oversaw the installation and use of the DiGiCo S21 that had served well as the house and monitor console there for some time, but he also noticed that it wasn’t as instantly familiar to many of the touring FOH engineers passing through the club. “A lot of the younger artists and their engineers coming through the club were more familiar with the SD-Range consoles,” he recalls. “I was spending an increasing amount of time showing them the ins and outs of the board.”

Using some of the funds received from the Small Business Administration’s Shuttered Venue Operators Grant (SVOG) program, Crosby recommended that Antone’s invest in not just a new console but DiGiCo’s newest Quantum Series desk. “I’d heard about its better processing and improved preamps, and the fact that its operation and layout were just like those of the SD-Range, so it’d be more familiar to more touring engineers,” he says. “It turned out to be the perfect choice for all of those reasons.”

The console was installed in February and Crosby says all of its advantages are being utilized regularly. “It’s easy to switch between the onboard and Mustard processing, which is also great, so anyone can have any mix of processing they need, like multiband compression and presets,” he explains. “The S21 was a pretty flexible console, but it was slow in some ways; for instance you need to EQ a bit more. But with the Quantum225, you set your gain structure and just push a fader up and you realize, ‘I don’t need to EQ that!’ With some of the local blues shows that come in and set up and play with no sound check, it’s really easy to get a good ‘throw and go.’”

Over the past few months, the Quantum225 at Antone’s has graced recent performances by Spoon, Arc Angels, Jimmie Vaughan, Booker T. Jones, and Lavelle White, among many others. And the artists can hear the difference. Crosby recalls well-known Austin drummer Nico Léophonte, who also owns the local Alnico Studios, coming in for a sound check before a show and hearing his kit through the wedge monitors. “He wasn’t aware that we had upgraded the console,” says Crosby, “and he said, ‘Did you guys get new wedges? It sounds amazing!’ And I said, ‘Nope, same d&b wedges we’ve always had. It’s the console that’s new.”

Since April, Crosby has been on the road with Jack White, running monitors for The Supply Chain Issues Tour, which crisscrossed North America and is now in the UK and Europe. Although White’s previous tours were completely mixed via analog desks, Crosby opted to carry a DiGiCo SD10 out on this latest trek for monitor duties, and he reports that the band has been very pleased with its wedge mixes. “DiGiCo’s been doing the trick nicely, both at Antone’s back in Austin and out on tour,” he says. “In fact, I’m not sure there’s another digital console maker that even comes close.”

DiGiCo’s been doing the trick nicely, both at Antone’s back in Austin and out on tour 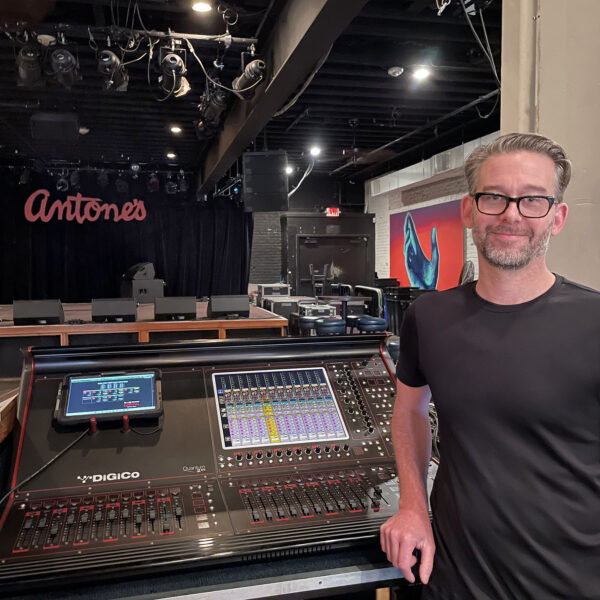 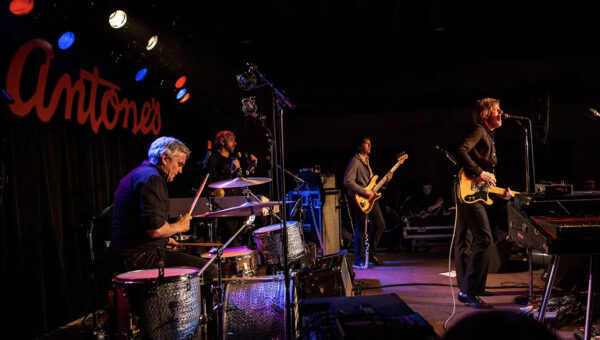 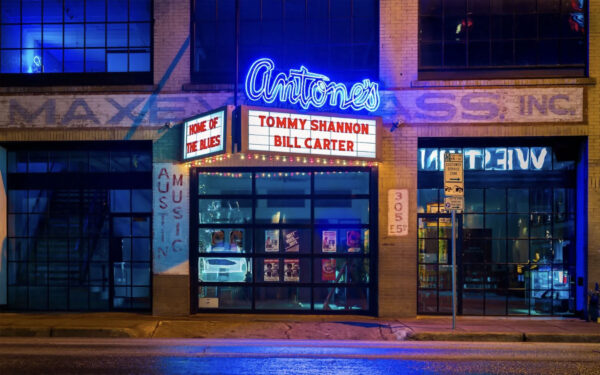