The first DiGiCo 4REA4 installation in the UK lands at Confetti, Nottingham’s Institute of Creative Technologies

Confetti’s (part of Nottingham Trent University’s) recent £13m investment in infrastructure and technology has seen the educational institute add a new live performance space, which doubles up as a classroom for students and a live venue on the UK club circuit. At the heart of the new venue is a DiGiCo 4REA4 mixing solution.

“We were looking for a zone mixer / distribution unit for our new venue, auditorium and reception area,” reveals Bryan Rankin, the Institute’s Tech Manager. “At the beginning of the process we had looked at an alternative system, but it turned out to be quite complicated to use and not really what we were looking for.”

A DiGiCo 4REA4 was soon deemed the perfect solution for the multi-purpose project, with the audio installation platform designed to deliver the highest quality performance across multi-space venues and stages.

“We needed to be able to use the venue for lectures and wanted something that we could plug in and it would run itself,” says Bryan. “The audio fidelity of 4REA4 is better than other options on the market – it can run at 96kHz should you want it to. The unit is massively expandable too; we will utilise a Dante system in the bar area in the future and will have remote controls to assign different sources. The 4REA4 will allow us to expand at any moment and this ability future proofs our system.”

In addition to the 4REA4, Confetti needed a rider-friendly console that is both intuitive and common place for any new touring engineers once they graduate. Here, Rankin and his team opted for a DiGiCo SD12 console.

“Choosing the SD12 was a no brainer for Confetti,” he says. “If you want to go into the touring side of the industry, this is the perfect desk to learn on; our tutors want to give our students the best possible chance of going into the working world and being successful, so knowing how to use equipment they are almost certainly going to come across is vital.”

Confetti’s students, who vary in age range from 17-25, are enjoying using the SD12.

“It’s been a very popular choice and they’ve even managed to mix some live shows for the local paying public,” Bryan adds. “I’m personally really happy with our DiGiCo investments. I used to work for the Rock City venue in Nottingham and I saw DiGiCo come through on the touring circuit regularly, so it’s great to have our own!”

Prior to delivery of the SD12, Bryan undertook his own console training with DiGiCo’s Technical Sales Manager, Tim Shaxson at the company’s Chessington HQ.

“I wanted to complete my training so that I could pass on some DiGiCo knowledge to the Confetti tutors, who in turn will be trained in-depth this summer,” he says.

Confetti’s 4REA4 unit was installed by SSE Audio Group and the SD12 console was purchased from DiGiCo re-seller, Adlib.

“We’re very happy with the service from both companies and from DiGiCo. They’ve have all been really good to work with” Bryan concludes. “We’re delighted with our DiGiCo investment. The flexibility and expandability of the 4REA4 is exactly wht we needed, and the SD12 will give our students the best possible start in their mixing careers.”

The audio fidelity of 4REA4 is better than other options on the market - it can run at 96kHz should you want it to. The unit is massively expandable too; we will utilise a Dante system in the bar area in the future and will have remote controls to assign different sources. The 4REA4 will allow us to expand at any moment and this ability future proofs our system. 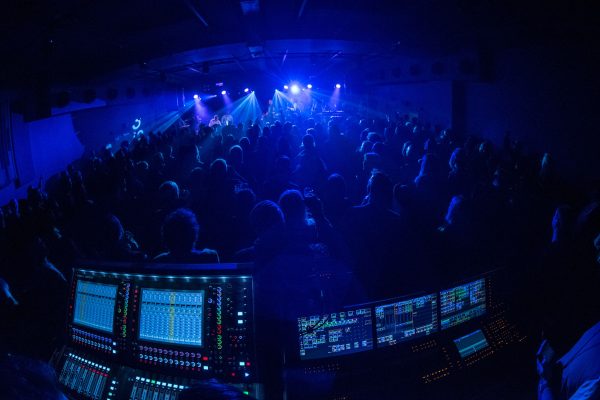 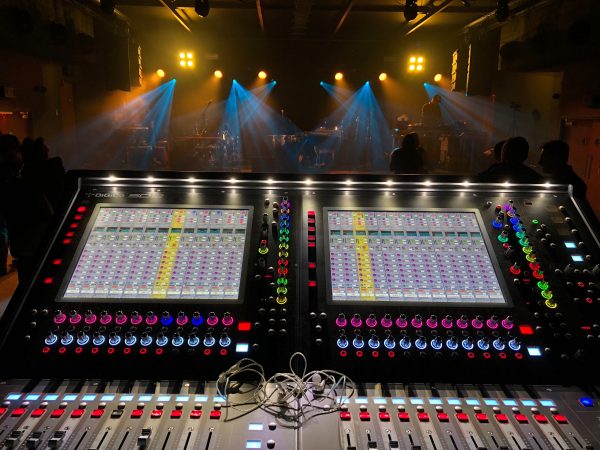 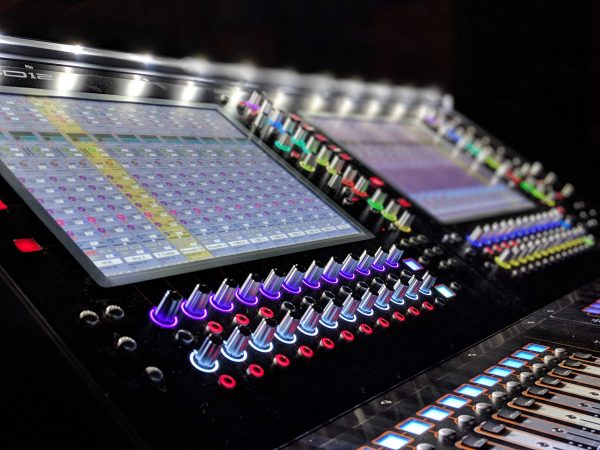 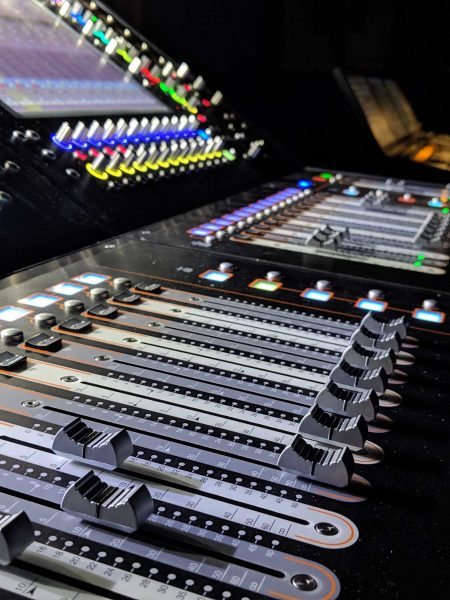