When Brazilian rental company Maxi Audio had to close the doors on the planned in-store Maxi Academy training programme, it was determined not to let its customers down and swiftly set up an alternative, online programme. Broadcast and Front of House engineer, Renato Carneiro, Audio Systems' DiGiCo support, a regular supporter of the Maxi Academy and long-time DiGiCo user, delivered the first session, based on the mix he had done for popular Brazilian duo Bruno & Marrone’s first live YouTube performance.

“Maxi’s training programme is 100% free and open to the market,” says Carneiro. “The idea of my original, face-to-face session was to have a quick description of an SD12 and rebuild the actual session used in Bruno & Marrone live shows – remember those shows we used to do on a proper stage, with an audience? – using the multitrack show recordings. We had got it all set up and had 50 subscriptions to it in less than an hour. But then the virus hit, so we had to cancel it.”

When it was decided to move the Academy online, Carneiro changed the programme mix, using Bruno & Marrone’s first Live on YouTube performance in April, hosted at Bruno’s residence.

Carneiro notes that when Lockdown came into effect, online events around the world started as a way for the artists to let their fans know that they were still around and to continue entertaining them, but also to try to create much needed revenue. Bruno & Marrone’s performance, however, was going to be different.

“We wanted to have an alternative format, not just the artists performing at home with a mic,” Carneiro explains. “Before the show, I told one of the managers our plan and he asked what we would need to do for the show. I told him ‘Everything! We were going to make a proper show’.”

Carneiro’s experience spans 30 years, working as a monitor engineer for 20 years and then at FoH for the last decade.

“As a FoH engineer, I’ve had to work with artists on TV shows that just aren’t set up for live music,” he recalls. “Because of that, we always carried our own backline. I had my SD8, but just two reference monitors and the mix went out for broadcast. Everyone says TV requires a different way of working, but I always used the same mix as for live events. Mixing for broadcast doesn’t mean that you’re mixing for a TV set. You have to remember that people are listening in lots of different ways: on headphones, on their TV, on a computer, etc.”

For the Bruno & Marrone live stream the same set up was deployed, with Carneiro using his beloved SD8 for the streamed audio, but just mixing on headphones, with Adilson Soares mixing monitors on his SD-24.

“You have to make sure you listen to the stream for reference, which is really important, but the mixing must still be done by monitoring the console,” Carneiro explains. “But the most important thing is to find the right band format, which was really well-chosen, being four acoustic guitars, an accordion and a cajón, as well as the singers themselves.

There was a rehearsal the day before, where Carneiro recorded a live multitrack, so a virtual soundcheck could be done on the day.

“We miked up the instruments and also had a pair of ambient overheads,” he says. “The room had a nice ambience and we wanted to pick that up. The musicians were on in-ears. We had a total of around 15 inputs.”

The streamed concert was a huge success, with more than 1,500,000 fans watching the performance live on YouTube. With multiple channels retransmitting the real-time event, the viewing figure grew exponentially – around 3.000.000 watchers – and the video has now more than 30,000,000 views to date.

“I never thought I would mix for such an audience and, at the time, I just couldn’t think too much about how many people I was mixing for, otherwise maybe something would go wrong,” Carneiro smiles. “But the results were really great and we have had lots of messages from engineers, musicians, artists, producers and fans. Even today, most people say it’s the best sounding live transmission they’ve heard.”

With the live performance achieving such success and Carneiro receiving an avalanche of requests from engineers asking him how it was mixed, it was an easy decision to use the session for Maxi Audio’s online training.

“The workshop ran for four hours, which initially I thought was too long, but in fact it wasn’t long enough,” says Carneiro. “We had more than 350 people watching live and sending questions, and the video has had more 4,300 views to date. It’s incredible!”

Whilst Covid 19 has had devastating effects globally, Carneiro sees some light.

“This is a great time for learning and for finding new ways of doing things,” he concludes. “When we are at a live show, we have lots of things to distract us from the sound. But when we’re at home, we pay much more attention to the sound. This means that we have to ensure that, whatever the format, the quality we deliver is exceptional. We’re achieving that and it is something that wouldn’t have happened so quickly if not for the virus. It’s an evolution… Analogue, then digital, now Cloud!”

Bruno & Marrone performed their second live stream concert on 16th May. Its viewing figures of 2,000,000 are undoubtedly proof of concept.

“But the results were really great and we have had lots of messages from engineers, musicians, artists, producers and fans. Even today, most people say it’s the best sounding live transmission they’ve heard.” 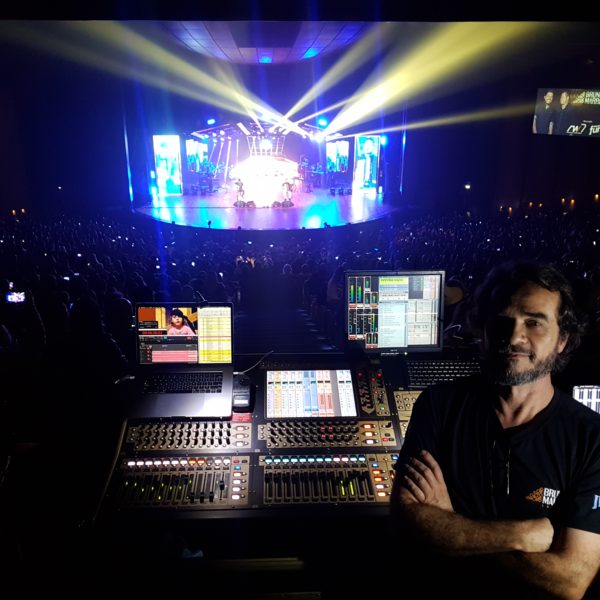 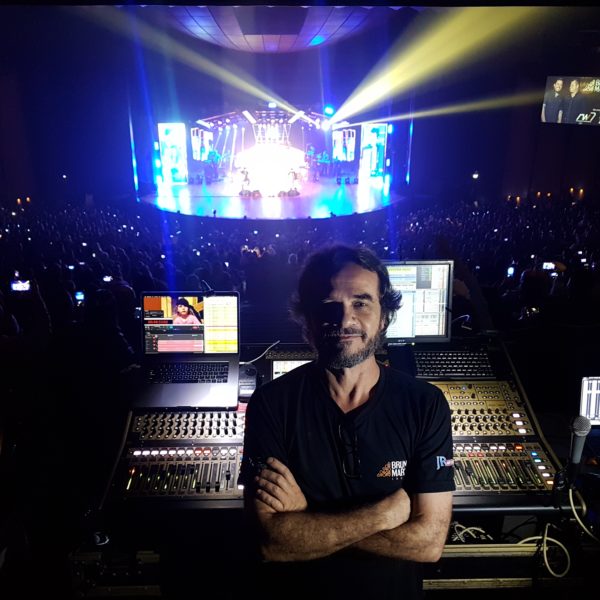