Investing in dedicated and committed people and the best equipment available has been a successful formula for Multi-Media Event Trading, which has 25 years’ experience in the South African market as a technical production supplier. In March this year, renown sound engineer Adriaan van der Walt joined the company, increasing the high standard of audio knowledge it already had. 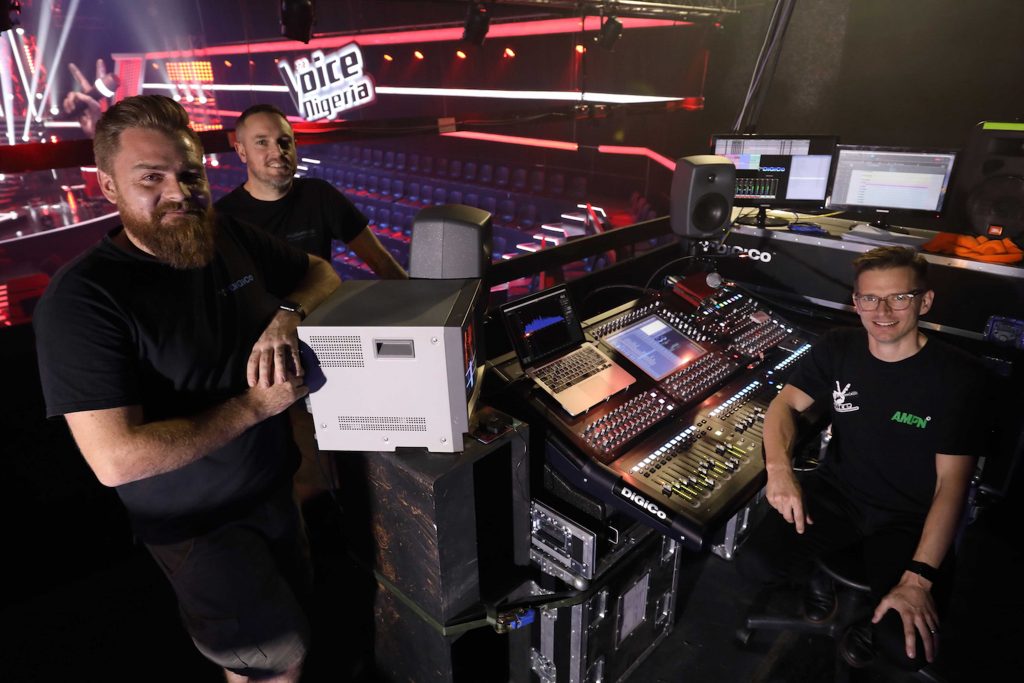 Investing in dedicated and committed people and the best equipment available has been a successful formula for Multi-Media Event Trading, which has 25 years’ experience in the South African market as a technical production supplier. In March this year, renown sound engineer Adriaan van der Walt joined the company, increasing the high standard of audio knowledge it already had. More recently, it purchased two DiGiCo SD10 consoles from DWR Distribution, accompanied by two SD Racks on HMA Optics, Wave Servers, Orange Box and option cards, all of which went straight onto The Voice, Nigeria.

While the DiGiCo platform is new to Multi-Media, Adriaan was first exposed to the brand over ten years ago. “I was working in the UK with audio rental company Capital Sound as a freelancer and DiGiCo was the thing. The moment I mentioned anything else, someone would want to hit me over the head! Since then I’ve known it’s a premium brand and the preference for serious people in the know.” Subsequently, the first DiGiCo Adriaan worked on was a SD8, a workhorse to this day.

Multi-Media’s SD10s are currently on The Voice, Nigeria. “DiGiCo is an amazing system because you can design it, lay it out, and work with it in a way that suits your train of thought,” said Adriaan. “On the run of The Voice, I completely reordered the layout of the console so that I wouldn’t be caught up in button presses to mix the show. I can mix the show in one state, and with a push of a button, the console populates the layout into the next state I need. I know where I am the entire show without having to try to find what I`m looking for. I find this rather impressive that I can achieve this over 36 faders especially being quite a complex show. That’s the beauty of a DiGiCo, it’s so configurable once you understand where to look for what you need. With help from Kyle Robson from DWR, it was possible to do that.”

Owning two SD10s definitely changes Multi-Media’s position in the market. “Traditionally there was only one house that stocked DiGiCo and the brand is now slowly starting to spread,” said Adriaan. “Having the SD10s puts us in a different league compared to a month ago, and the audio boys in the industry will look at our company in a new way.”

Kyle Robson from DWR was over the moon with the purchase. “I think it’s very exciting to actually see bigger consoles get onto the market and to see top end engineers using and loving them.”

After many years in the industry, Adriaan is still motivated by audio. “I’m lucky enough that I can connect with music at quite a deep level so it guides me in the way I mix a show or a song or a theatre piece. The emotive aspect of audio is what gets me.”

He stumbled into the industry, whilst studying for a BA communication degree, he walked past the radio station studio at Potchefstroom University and wondered what went on inside. “I walked in and just fell in love with it,” Adriaan recalls. “We started doing outside broadcast like sports events, I was a night time disco jokey (he laughs), an announcer and then I really got involved with the technical side of things.”

A year and a half later, Adriaan decided that sound was the career he wanted to follow. “My dad actually told me, ‘If these are your marks, you are going to have to pay your own way if you want to stay at university’. I thought his comment was fair enough, and came to Johannesburg in 1994, completing a recording studio course with a company called InHouse Records. That’s where I met Denzil Smith, now with MGG Productions and Riaan Jacobs from Dream Sets. That’s basically how I got into the industry.”

Appointed straight thereafter as a lecturer at In-House Records, which was a metal record label at the time, Adriaan had the opportunity to work with bands. “After recording the bands in the studio, we would take them out on the road to promote their albums. We played at Roxy Rhythm Bar and all sort of crazy places. That’s where the live thing kicked in!”

Having worked as a freelancer, and also employed by Matrix Sound for a number of years, Adriaan is positive about the new chapter in his life. “Multi-Media is a little bit different in the sense that the three directors take a very active role in managing and running the company. They are constantly putting us on workshops to better and to challenging ourselves. With such a big interest in the staff, they really are an employer of choice.”

Having the SD10s puts us in a different league compared to a month ago, and the audio boys in the industry will look at our company in a new way 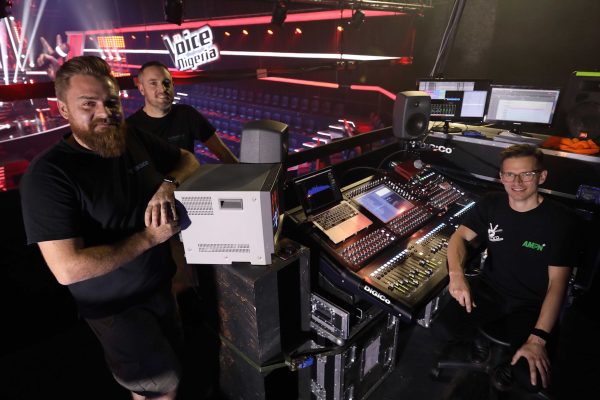