When the Atlanta Braves played their first game in their new home, SunTrust Park, on April 14 against the San Diego Padres, they were doing it in baseball’s newest, most advanced stadium.

ATLANTA, Georgia – August 2017 – When the Atlanta Braves played their first game in their new home, SunTrust Park, on April 14 against the San Diego Padres, they were doing it in baseball’s newest, most advanced stadium. The $622 million, 41,419-seat capacity  facility has the highest percentage of seats closer to the field than any other ball park in Major League Baseball, and offers air conditioning on every level to ensure that fans remain cool on “Hotlanta’s” summer days. And it’s the centerpiece of The Battery Atlanta, a $1 billion-plus entertainment district rising around the stadium.

Everything about SunTrust Park is cutting edge, and that includes how much of the stadium’s sound is routed, around the venue and out through the Braves’ 135-station regional radio network, operated by Dickey Broadcasting Company (DBC).

Gary Kline, principal at Kline Consulting Group, says baseball fans are expecting more comprehensive and immersive experiences, both at the ballpark and while listening to games on the radio. As part of his mission to help his client, DBC, create a new radio broadcasting facility at SunTrust Park, Kilne was also tasked with getting customized audio feeds around the stadium itself. For instance, a broadcast feed had to be routed to key back-of-house areas, including the luxury suites, including the Infiniti Club area, and to other areas under the stadium’s control, such as elevators.

However, this feed would need to be stripped of the effects audio that is woven into the main broadcast feed, since those at the stadium would already be immersed in crowd sounds and baseball effects such as bat cracks. Those “sounds of the game” were being picked up by microphones strategically placed by Kline and the top-notch Braves in-house broadcast team for the main radio feed. Then, another version of that feed—essentially a mix-minus—needed to be made that would let the broadcast announcers hear the local vocal mix created on-site while mixing the radio IFB (commercials, imaging, etc.) and producer talkback into the mix.

To best accomplish all this, Kline specified the installation of a DiGiCo S21 digital audio console. “The S21 effortlessly creates this special headphone mix for the announcers,” Kline notes. “It makes sure that their vocals fed to the station do not feed back to them, as the small amount of transport latency would be disconcerting.”

“We collect uncompressed audio from a wide range of sources throughout the stadium, from the effects mics near home plate to a direct feed from the front-of-house console for the singing of the national anthem before each game,” Kline explains. “We also have a standard connection to the home team TV truck, so, if we want, we can integrate their ambient and crowd feeds into our special total effects mix. The S21 is critical for this: collecting all of the audio from sources all over the stadium, then letting the operator organize it into the custom feeds needed.”

“For instance, some need the radio broadcast feed with the commercial already integrated, which means that it’s coming back from the radio studio, where they’ve inserted the commercials into the feed we had already sent them. It can get pretty complicated. Before this, they would have to use outboard mixers and summing amps; now, the S21 can handle it all, letting the operator build exactly the mixes each person needs in their headphones and headsets.”

Kline says the S21’s ability to build an array of mixes has been crucial to making SunTrust Park’s new radio broadcast infrastructure work, but that the console’s other features are just as valuable. He cites the desk’s excellent dynamics and EQ, “They’re EQing out the lows from the effects audio to keep it clear and punchy, without losing any of the tonality.”

And DiGiCo’s seamless integration with Waves processing is also being leveraged at the Park: radio A1s are able to send effects and ambience channels to the Waves servers with a DTS Neural Surround™ plug-in that lets them group all of those channels separately. “That gives them a master-fader effects mix for the surround mix, for radios than can decode the DTS Neural Surround encoded content,” he explains.

But, at the end of the day, it’s the sound that sells the S21 as much as its features and functionality. “It just sounds amazing,” says Kline. “The separation between channels in stereo and surround is incredible and really contributes to the sense of being there for listeners. The S21 has been a big part of making the broadcast and house audio aspects of SunTrust Park work to their maximum potential.”

At the end of the day, it is the sound that sells the S21 as much as its features and functionality. It just sounds amazing. The separation between channels in stereo and surround is incredible and really contributes to the sense of being there for listeners. The S21 has been a big part of making the broadcast and house audio aspects of SunTrust Park work to their maximum potential. 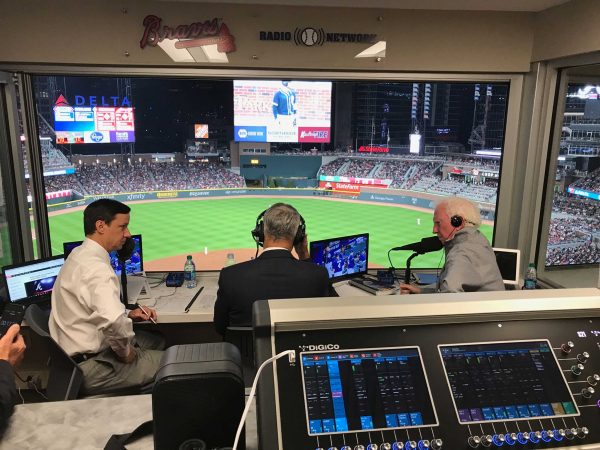 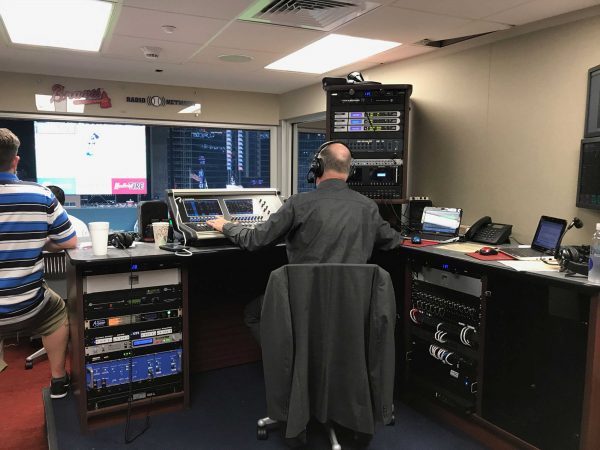 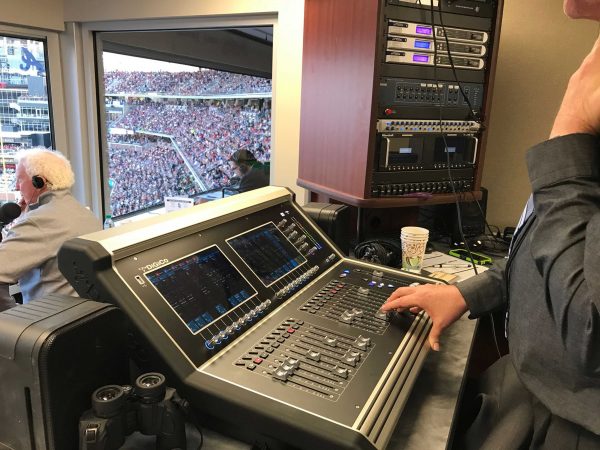