For Shawn Turner and the congregation at Burleson, Texas’ Oak Grove Baptist Church, the selection and installation of a DiGiCo S21 mixing console for their new worship space was a story of delayed gratification but “well worth the wait,” says Turner.

BURLESON, Texas – December 2016 – For Shawn Turner and the congregation at Burleson, Texas’ Oak Grove Baptist Church, the selection and installation of a DiGiCo S21 mixing console for their new worship space was a story of delayed gratification but “well worth the wait,” says Turner.

“When we started the AVL install a year and a half ago I was doing a lot with a little and I had budgeted about $6K for a console. Well, at that time, there was a big hole in the market.”

Indeed, although that was a relatively short time ago, it was a different audio world. There was a lot to choose from in the $3K area, but then the prices quickly went up to four times that figure. “There was some stuff in that range,” says Turner, “but by the time you got all of the add-ons you needed to actually use it, we were at double the budget.”

Given what was available at the time, Turner made a decision—but it was one he was not happy with, and it included a well known but limited channel count unit for about 75 percent of that budget.

“But then I got the chance to go to NAB in 2015, and that was when the S21 was being introduced. I saw it and thought ‘well, that’s more than I budgeted, but not a lot more.”

In a move that will warm the hearts of sound guys around the world, Turner, who is the technical director for Oak Grove, cut some stage lighting from the install to make room in the budget for the S21.

When the new building opened in July of that year, the S21 was already planned, along with optional Dante and MADI DMI cards and a D2-Rack, which was added to the overall budget. But it took a little longer than anyone expected to get the console to market. “All of the analog inputs from the stage went to a closet where the D2 was to be installed. So we just got a prosumer level rackmount mix system to get us through for a while.”

After just a few months, the S21 arrived around Thanksgiving, which is the front end of the busiest time of year for many houses of worship. “We were already set up for all of our Christmas events, so I had to sit on my hands and not change anything until after the first of the year.”

Turner is a big proponent of an LRC (left/right/center) mix and on the S21 uses the main left and right outs with the center mix on an aux. “An LRC mix lets me really soundscape the room. A lot of people don’t get how big a difference it is for the people listening to have the placement of the sound they are hearing follow what they see with their eyes. It makes a real difference.”

Following the holidays, the installation was completed in January and the difference was immediately obvious. “The sound quality is excellent,” says Turner. “I was not expecting as big a change as we experienced. If we could get all of our digital inputs up to 96K (he runs Shure ULX over Dante to preserve the digital signal flow as much as possible) that would be great, but even at 48K the difference was very audible.”

Turner appreciates DiGiCo’s Flexi channel design, which adds stereo channels while using only single processing channels—a valuable feature for any house of worship. Also, the ability to record 48 tracks over MADI to a computer is another boon for an all-volunteer environment. “We can record what ends up working like a virtual soundcheck and use that for training purposes.”

“With a volunteer crew, learning curve is a really big deal, and with the S21, everything was pretty straightforward. The flow is much like a traditional analog console.” The latest firmware—v1.3.3—has, Turner reports, added some features that make it even more volunteer-friendly. “When a gate or comp is engaged, an arrow indicates its place in the signal flow and you can route all 40 channels from the D2-Rack in one step instead of having to manually set up the routing for each channel.”

That “analog-like” workflow makes it possible for Turner to bridge the little-discussed generation gap in house of worship audio volunteers. “Our younger volunteers have never had a problem adjusting to digital; they didn’t grow up with a bunch of tactile controls, so they don’t miss them. But I have one guy who is 57. His dad is 83 and the technical director at another church and they are running a 96-channel analog console. But even coming from that world he was able to adjust to the S21 workflow and cleanly run a service very quickly. That says a lot about how intuitive this desk is. I’m  excited to see what future updates from DiGiCo will bring to this solid platform.”

The sound quality is excellent. I was not expecting as big a change as we experienced. 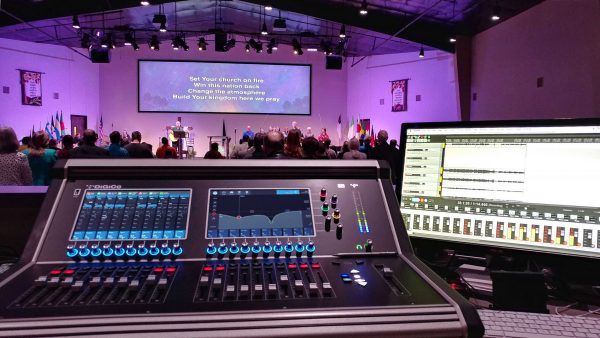 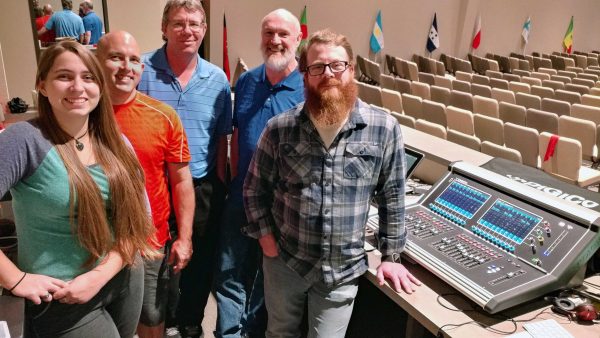