DiGiCo SD7T Dances With The Stars

Watching celebrities try their hand at ballroom, Latin and other forms of dance has never been so popular, thanks to the BBC’s Strictly Come Dancing and its international version Dancing With The Stars, which has been licenced to over 42 territories by BBC Worldwide. The Austrian production, known as Dancing Stars, is currently gearing up for its 10th series, with a DiGiCo SD7T at the helm.

Watching celebrities try their hand at ballroom, Latin and other forms of dance has never been so popular, thanks to the BBC’s Strictly Come Dancing and its international version Dancing With The Stars, which has been licenced to over 42 territories by BBC Worldwide. The Austrian production, known as Dancing Stars, is currently gearing up for its 10th series, with a DiGiCo SD7T at the helm.

“At a couple of product presentations we showcased the capabilities of DiGiCo mixing systems and the theatre software option to ORF’s leading television sound engineers. They quickly realised that the SD7T would be the perfect, future-proof replacement for the existing pair of digital desks in Studio One, the biggest production space at ORF’s Vienna headquarters.”

Dancing Stars features the familiar format of the celebrities and their professional dance partners, four judges, presenters and a live big-band with drums, percussion, bass, guitars, keyboards, brass, woodwinds, strings, lead and backing vocalists, all performing in front of a live audience. The same team handles interviews between dances, which take place in a side ‘lounge’ located in another studio, as well as pre recorded video content featuring the candidates, sound effects and signature tune.

Live sound reinforcement and monitor mixing is handled by the DiGiCo SD7T with two SD-Racks, the console being located in the studio’s audience area. Almost all of the inputs and outputs on the two SD-Racks are used, plus the desk’s local connections. Inputs come from wired microphones and wireless receivers for the band, wireless mics, play out systems and communication systems. Outputs are used for the main PA, fills and interview lounge, in-ear and loudspeaker monitoring for the band; IEMs with individual paths for every presenter, judge and stage manager, as well as to nearfield monitors at the desk. In addition, if necessary, signals or submixes can also be sent to the show’s broadcast mixer.

“For a show of this size, a console is needed that never limits the user”!” says Othmar. “The SD7T has many advantages for a production like this. With 48 effects racks and 128 aux busses it can take on the biggest challenges, and the in-ear monitoring has super-low latency of less than 1ms – even with full audio processing on inputs and outputs switched on!”

A Further advantage of the console is its size, which is compact enough to be positioned in the audience and can be run by a single person. However the dual independent PFL busses, three screens and independent work surfaces make it ideally manageable if two people need to share the workload. Furthermore, the SD7T’s 100% redundancy of signal processing, computer and power supply make it the ideal choice for live broadcasting where reliability and failsafe operation is vital.

“It is very important that any fader movement, EQ adjustment or effects modification is applied instantly, even when countless changes are recalled by a snapshot,” he says. “Many high-class consoles require a quarter of a second to execute everything, DiGiCo does it in 1/100 second, no matter how complex the changes.

“Sometimes musicians are substituted from show to show, while stand-ins for presenters or the judges are often used during rehearsals. In these cases it is necessary to determine different ‘players’ for each channel, switched instantly and individually, keeping the original settings for each player in every snapshot,” he says. “During rehearsals, there is no time to save a snapshot before recalling the next, so a customisable ‘auto-update’ function – which saves selected changes to snapshots automatically – is very important.”

“On top of that, in order to feed the complex sound reinforcement system, a huge mix matrix is required, which not only allows for setting levels, but provides individual crosspoint delays on each of the matrix nodes, giving accurate control of audio placement and time alignment. The SD7T is the only mixing system available which offers all these advanced, sophisticated functions.”

Besides Dancing Stars, ORF produces many other big shows in Studio One, for example their own talent show Die große Chance. The installation of the SD7T has lessened the overall workload for the audio production team, making production easier and more user-friendly.

“Any of these large shows can now be instantly recalled from a single session file which contains every setting and all the routing,” says Othmar. “In addition they can generate a session report directly on the desk, which can be archived and printed on paper, containing comprehensive mixer and snapshot data plus all the information needed for connection to outboard gear, amps, IEMs, microphones and MADI channels.”

“Everybody at the studio is very happy with the decision to invest in DiGiCo and the service we provide them. In particular Tonmeister Gerald Taucher, who told us ‘Through your commitment, the production went off without a hitch! Especially in major live productions, it is important to have a fast and reliable support. This level of service is greatly appreciated.’”

we showcased the capabilities of DiGiCo mixing systems and the theatre software option to ORFs leading television sound engineers. They quickly realised that the SD7T would be the perfect, future proof replacement 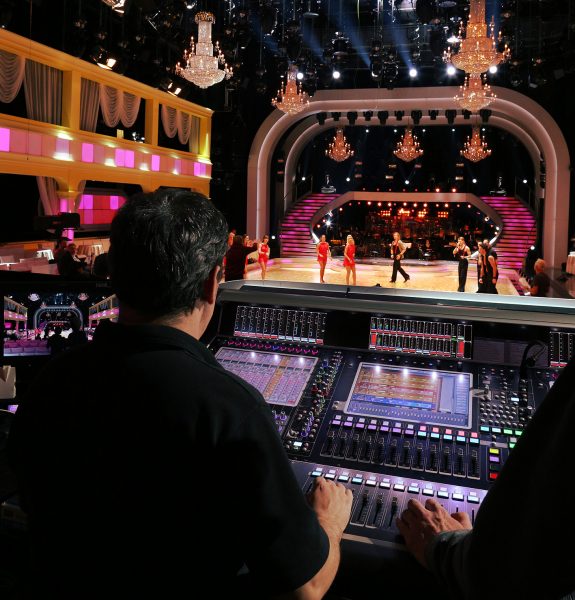 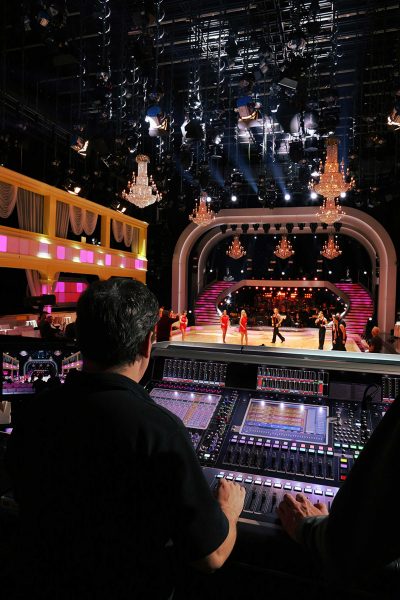