British heavy metal titans Saxon are on the road again, touring Thunderbolt, their twenty second studio album. Jacky Lehmann, the band’s trusted Front of House engineer has chosen to use a combination of DiGiCo’s SD12 and S21, purchased from DiGiCo’s German distributor, United Brands, ensuring the band’s classic sound benefits from the most up to date audio technology.

DiGiCo has been Jacky’s choice of console since 2011 and since he joined the Saxon crew in 2012, he has mixed over 300 shows. For the current tour, he deploys the SD12 with a D2-Rack, which he purchased himself, and an S21 and D-Rack for smaller shows and corporate events.

“I started with an SD9 / D-Rack setup, which was my main rig for a lot of Saxon shows in Europe at the time,” says Jacky. “I was looking for a smaller console for fly-in shows, so in 2013 an SD11i joined my setup. But to accommodate larger shows, I needed a console with more capacity, so I switched my SD9 to an SD8-24. I also upgrade the D-Rack to a DiGiRack, which was a huge step up.

“My beloved SD9 was also used in the studio to record the Sacrificealbum in 2012. The band loved the sound of that small console and as a recording engineer I loved its flexibility and handling.”

In 2015, Saxon were honoured to be special guests of Motörhead, who hit the road for their last tour. Travelling around Europe with them, Jacky took his DiGiCo with the SD8 and DiGiRack along.

The small SD11i and D-Rack was Jacky’s main console for the festival season 2016, which took in Wacken Open Air, Graspop and Download in the UK and France. It was then that he updated his setup with Waves.

“Now we’re on the road again with Thunderbolt-Tour 2018,with an SD12 with DMI Waves integration,” says Jacky. “It’s such a powerful setup and I love the worksurface. It’s because I love the DMI format on my SD12 so much, that I decided to invest in the S21 console and D-Rack. The S21 has the same feeling and the same sound as the SD consoles, so it was a really easy step for me.”

“All the DiGiCo consoles I have used since 2011 have performed exceptionally well,” Jacky concludes. “The service I’ve received has been great and if I’ve ever needed any help, Holger Schröder from United Brands has always been available for me.”

"It is such a powerful setup and I love the worksurface. It is because I love the DMI format on my SD12 so much, that I decided to invest in the S21 console and D-Rack. The S21 has the same feeling and the same sound as the SD consoles, so it was a really easy step for me." 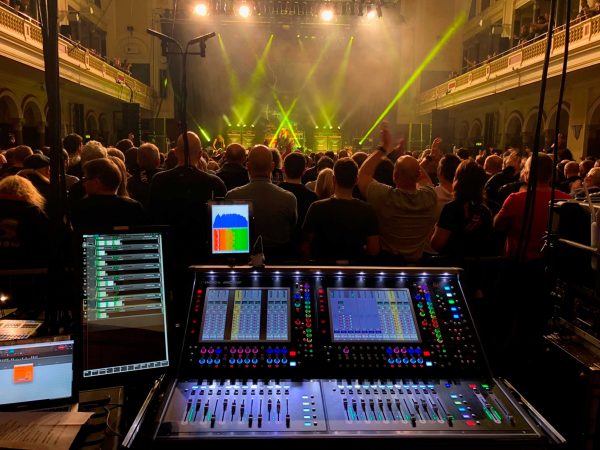 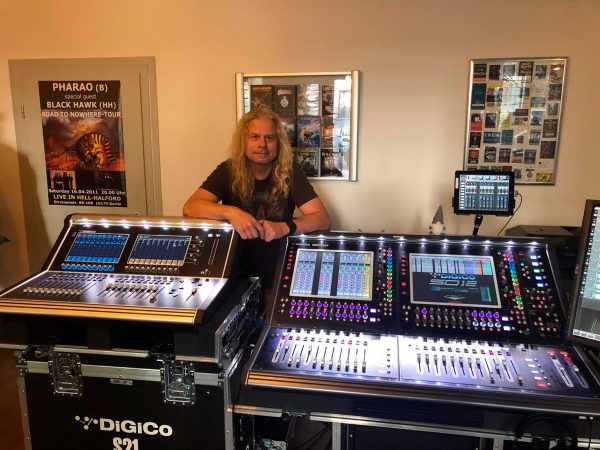 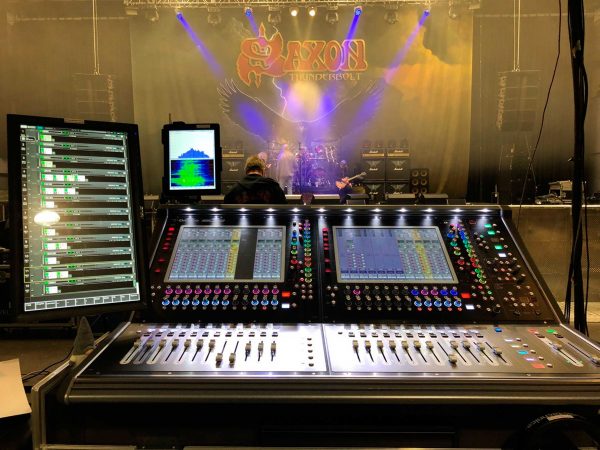