African Pulse – Celebrating the Ndlovu Youth Choir is the show like no other. Made up of a youth choir from Limpopo that rose to fame in 2020 when the group reached the finals of America’s Got Talent, “African Pulse” is a story of courage, determination, and resilience that was made possible through funding granted by the Presidential Employment Stimulus Programme (PESP) under the auspices of the National Arts Council, and then conceptualised and produced by Showtime Management. Held on 1st May 2021 at Montecasino’s Teatro in Johannesburg, the show offered much-needed help to the South African arts industry by creating over 150 jobs that covered the production and staging of the show. Gearhouse Splitbeam supplied the full technical infrastructure, which included a DiGiCo SD7T console amongst other equipment.

The show was operated by Sipho Hleza, resident sound technician for Ndlovu Youth Choir. With the production moving in only a week before the show opened to the public, everyone was working to a tight schedule.

“We had many pre-production meetings leading up to the show, and from the get-go we agreed that this would need to be more of a collaborative effort behind the mixer than one would normally expect in the world of theatre. Time was a scarce commodity. Sipho, a former member of the choir, knew the repertoire of this group in his sleep and this was vital to us,” says Fried Wilsenach, Splitbeam HOD Audio.

Veteran South African sound engineer Evert de Munnik was also included in the FOH team, having been involved in previous live and studio productions with the choir and with years of mixing experience under his belt.

“Operating a show on SD7T was a first for both Sipho and Evert,” continues Wilsenach. “My role as Head of Audio included system design, programming the show, and facilitating the process in general. I was also the primary contact between the Director, Musical Director and the FOH team.”

Splitbeam moved to using DiGiCo SD consoles at the beginning of 2019. As a theatre service provider and rental company based in South Africa, it was important for the team to make the shift when they did, not only extending their offering to international touring companies moving through their local venues, but also raising the bar in local theatre sound production.

“In addition to the already impressive versatility and processing power the SD7 offers, the T extension software was added from the start and is now our default approach to sound design for theatre. African Pulse was the second large scale production we did from a supply and creative viewpoint, and it keeps getting better the more we dig beneath the surface,” explains Wilsenach.

In terms of setup, all 34 members of the cast were mic’d with DPA 4066 lavalier microphones on Sennheiser radio systems. This was fed into a DiGiCo SD Rack populated with 24bit analogue input and output cards. The PA was patched from two AES output cards to the LMS, while four stereo pairs and one mono stage foldback, as well as all backstage run of show feeds, came from analogue output cards.

A Q-lab multi-track playback system was controlled from FOH, patched to the surface inputs, also sending timecode to the lighting and video departments, routed through the mixer. The entire show was designed around a left, centre, right, fill and LFE loudspeaker setup. All PA feeds were mixed via Groups to Matrix outputs. “Here, in my opinion the SD7 really outshines all competitors in its class with a remarkable 32x32full processing matrix router,” says Wilsenach.

Wilsenach further notes that using Dynamic EQ processors on output busses in this instance was particularly useful for the team. “This really helps to even out inconsistencies in both level and frequency response between individual numbers. Setting up both programming and operation colour-coded Macros is super intuitive and easily accessible.” he adds.

Additionally, Channel Sets really was the star of the show for Wilsenach that time. “When I started programming the show offline, it took a while for me to determine and commit to the approach that I adopted in the end” he says. “In this production however, the cast switched singing roles in every song from lead to ensemble to narration etc. which meant that my Control Group Cues for ensemble members changed for every song. The Textension software affords one the ability to create 32 Channel Sets that would then be assigned to a Control Group. The logical layout on the Channel Group Cues page made programming this vital part of the system a breeze.”

Another benefit that made the collaboration behind the console much easier was its four fader-banks and multiple layers, which helped to get the show’s audio up to speed in a relatively short time.

“We established a workflow as the rehearsals progressed, with Evert on the left bank tweaking individual channels, Sipho on the centre looking after cues and mixing the show on Control Groups with myself on the right bank tweaking Buss-processing and Matrix outputs. Odd as it may be, it certainly worked!” exclaims Wilsenach.

With the live entertainment industry being one of hardest hit by the COVID-19 pandemic and the resulting lockdown regulations, “to be working in a theatre after more than a year of restrictions that prohibited us from practicing our trade felt good,” notes Wilsenach.

With standing ovations from the audience and tangible excitement from the artists and crew alike, African Pulse – Celebrating the Ndlovu Youth Choir was an all-around success.

“We all had a sense of real purpose again,” concludes Wilsenach. “This was going a to be a success no matter what. There was a real cohesion in the room and the creative process felt fully aligned. Getting started took a little longer and muscle memory was often missing, but it all came back before the opening night. It was a big job to pull off, but we did it thanks to the spirit of collaboration of everyone involved and in no small part thanks to our great technical equipment.”

Following the success of the show in South Africa, the African Pulse – Celebrating the Ndlovu Youth Choir show is now set up to tour internationally and hopes to create further opportunities for the choir and for technicians in the future.

In addition to the already impressive versatility and processing power the SD7 offers, the T extension software was added from the start and is now our default approach to sound design for theatre 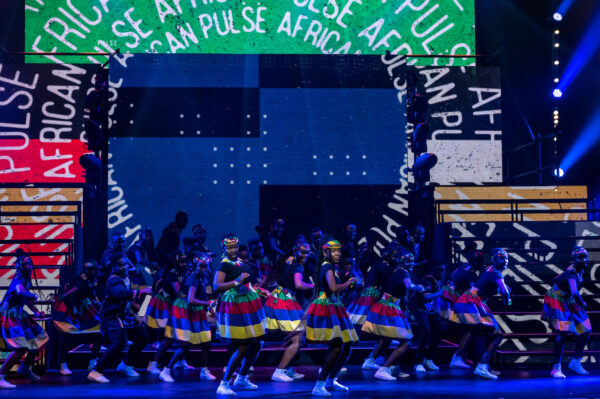 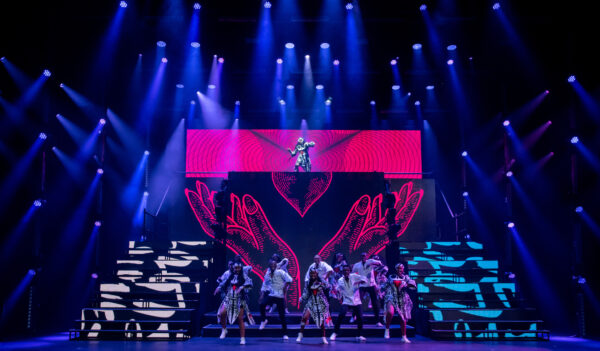 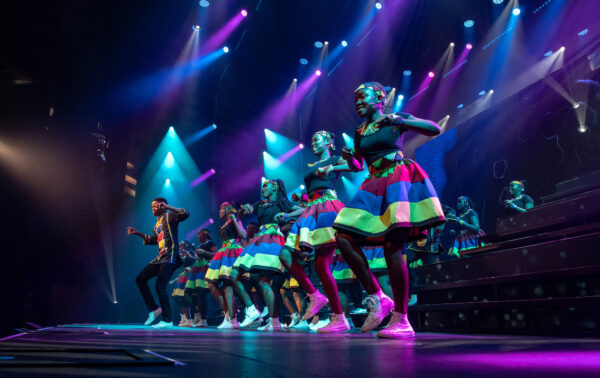 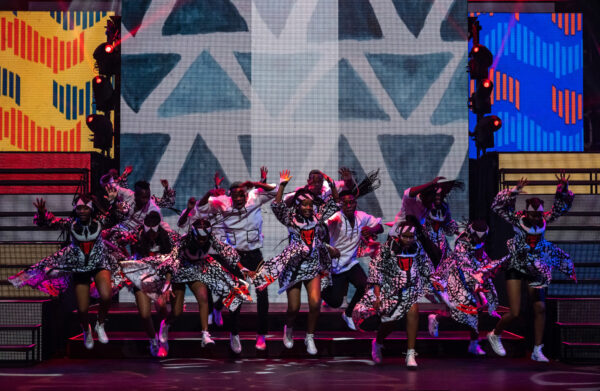 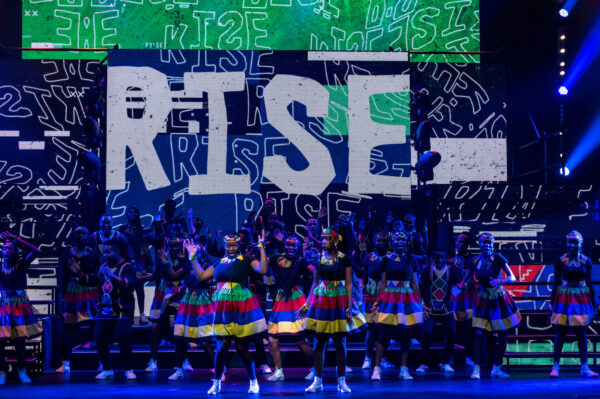