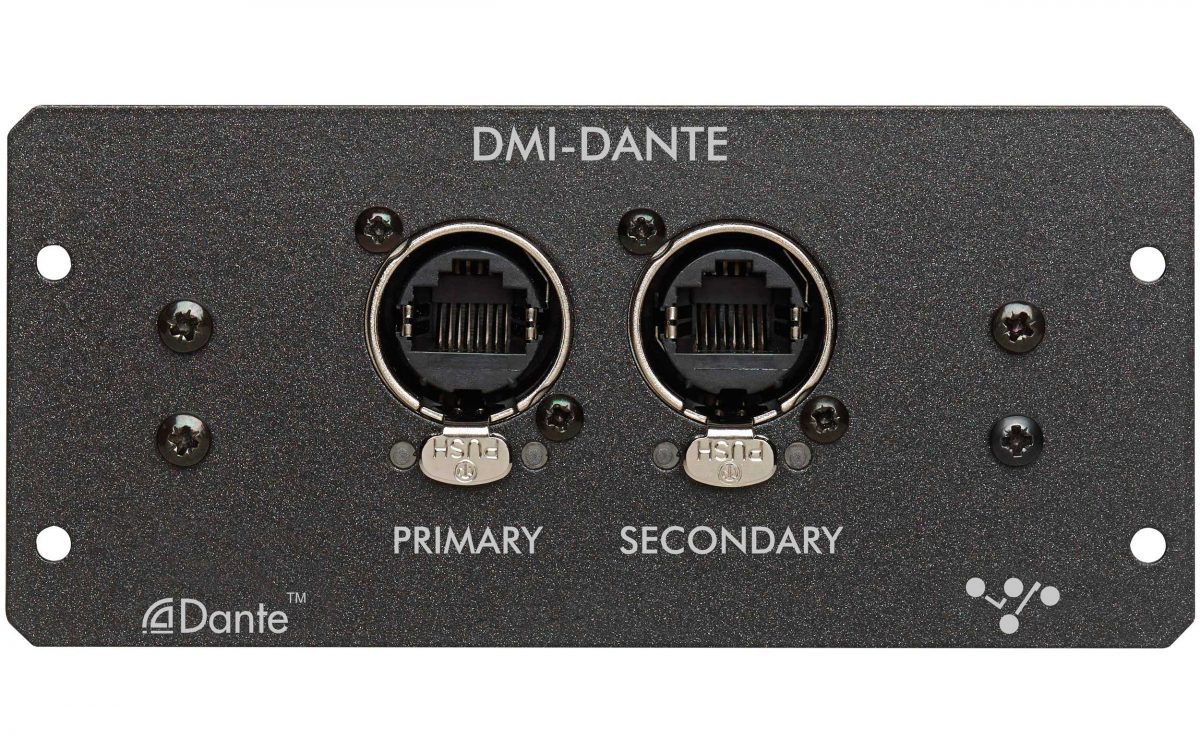 Audio over IP is becoming more and more sought after, due to the fact that it works over a standard IP network and can be sent over pre-installed infrastructure. Developed by Audinate in 2006, Dante provides uncompressed, low latency, multi-channel digital audio over IP and is a popular choice of protocol.

DiGiCo offer a Dante interface that allows 64 channels in and 64 channels out at 48kHz, and 32 channels in and out at 96kHz. The DMI-DANTE has a Primary and a Secondary port, both of which are Ethercon ports. The card has two modes that can be changed in Dante Controller. In Switched Mode, the ports are switched together. In redundant mode, the ports work as a redundant pair with separate IP addresses so that if the primary connection fails, the secondary connection will take over.