Michael McIntyre’s Big World Tour One Man, One Mic And An SD11

Michael McIntryre’s Big World Tour is selling out arenas around the world. With just one microphone and playback music, there is no need for a large format console. But there is every need for excellent sonic quality and extensive functionality.

Michael McIntryre’s Big World Tour is selling out arenas around the world. With just one microphone and playback music, there is no need for a large format console. But there is every need for excellent sonic quality and extensive functionality. For Steve Carr, McIntyre’s Front of House engineer, the perfect choice is the DiGiCo SD11, supplied by audio rental company Capital Sound for the UK and Ireland leg of the tour.

“The SD11 has all the wonderful features of the larger consoles in the DiGiCo SD Range in a really compact, lightweight format, and that’s important on several levels” says Steve. “We use the SD11 because we don’t need a large surface to handle the show. It’s also great for the truck pack, it’s great for the service provider because it’s relatively inexpensive to hire out, and it offers a similar sound quality and power to the larger desks in the SD Range.”

Steve has been using DiGiCo since the SD Range was launched, first touring with the flagship SD7, then spec’ing the SD11 around seven years ago when he was project managing and babysitting FOH at festivals, using it for an auxiliary desk for music, DJs, etc.

“I became really familiar with the desk then,” he continues. “It’s a great workhorse and the sound quality is great. Ideally, I’d like to use SD Rack, but the DiGi-Rack I’m using for the tour works well for me.”

One feature Steve is really enjoying on the SD11 is its onboard Dynamic EQ, which he uses across Inputs and Groups.

“It’s really useful on this kind of show and I’m using it quite a lot,” he says. “I like to keep things simple and my aim for the show is to try and make Michael’s voice sound as natural as possible, which isn’t that easy when you’re amplifying it in difficult spaces like arenas and I didn’t want to EQ his voice to fix problems in the room and sacrifice his vocal.

“His vocal range is huge; there are moments in the show where he’s practically whispering to draw the audience in to the story he’s telling, then he slowly builds his vocal level up throughout the story until at the end he’s at the top of his range – he has a great range and he gets incredibly loud. Dynamic EQ really helps me there, because it only kicks in when he starts to hit those frequencies that are problematic.”

Steve also has an additional SD11 which lives on stage left which acts as a through desk for McIntyre’s foldback and a line check desk, using a DiGiCo Little Red Box to connect the two desks together so they can share one stage rack which, he says, is another useful tool.

Steve also appreciates DiGiCo’s customer service. Although he hasn’t needed it on this tour, with the SD11 performing perfectly, knowing it is there gives him ultimate peace of mind.

The SD11 has all the wonderful features of the larger consoles in the DiGiCo SD Range in a really compact, lightweight format, and that’s important on several levels. 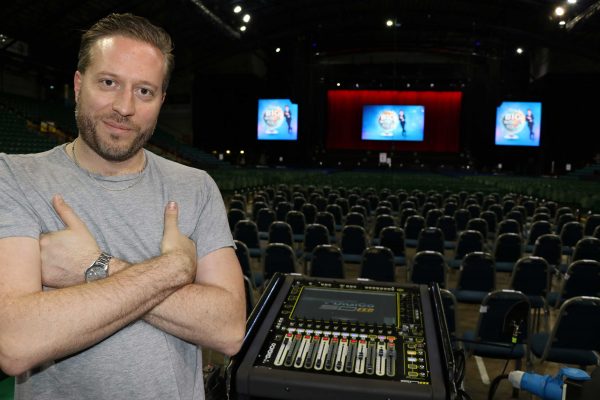 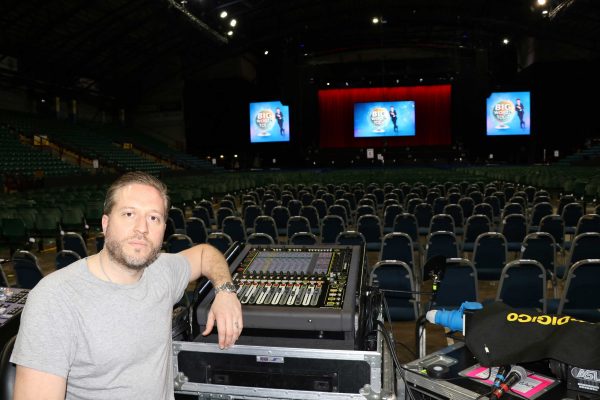 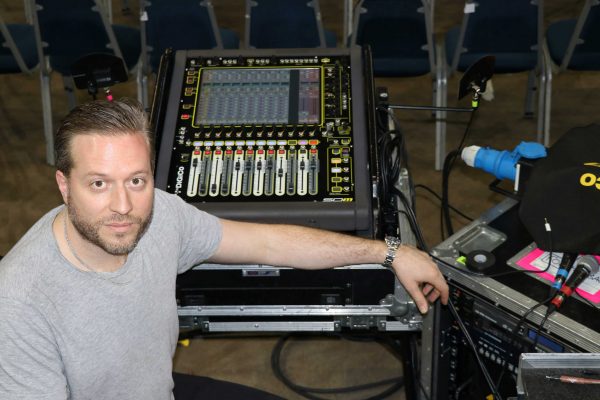