On 24 June, a spectacular concert was hosted at Mamayev Kurgan in Volgograd in honour of the 75th anniversary of VE Day. One of the only concerts allowed during Russia’s Covid-19 lockdown, it featured famous artists from Russia’s vibrant theatre, opera and cinema worlds, accompanied by the All-Russian Youth Symphony Orchestra, which was conducted by Yuri Bashmet. The concert was also broadcast live on the state-owned TV channel, Russia-1. Rental company Stage Audio was chosen as a technical support contractor for the show.

The audience was seated on the steps along the rectangular reflecting pool in Volgograd’s Heroes Square, with the artists performing in different locations during the concert, tens of meters away from each other. This necessitated special requirements for the mixing and routing system. Signals were received from four locations across the site, providing flexible exchanging of channels from any source (stage box/desk/broadcast) to any destination within a minute between devices, as well sending 128 channels for the televised broadcast and recording of the concert.

The Stage Audio team chose an Optocore-based DiGiCo system for mixing, routing and distributing audio at the event. In preparation for the project, the set-up was initially assembled and tested by Stage Audio, and only then sent to Volgograd.

“The system consisted of a DiGiCo SD12 as the production console, used primarily for playback and routing purposes, an SD10 as the Front of House orchestra console and another SD10 on stage for the monitor mix,” says head of Stage Audio, Andrey Akhromeev. “The monitor SD10 handled 48 mixes on stage and for the choir stage at the Pantheon, whilst four IEM mixes and four wedge mixes were handled by the SD12 for the four small stages, which were used for individual actors. Three SD-Racks were deployed (one with 32-bit pre-amp cards for orchestra purposes), plus a D2-Rack, with a network module Optocore DDR4MR-FX with RME MADI Bridge transmitting signals to the mobile television stations (MTS) and for multitrack recording. All devices were connected via an Optocore loop to provide complete redundancy.”

“Despite the scale and complexity of the project, the whole system performed flawlessly,” Akhromeev concludes. “It delivered excellent sound quality, both on site and on air.”

"Despite the scale and complexity of the project, the whole system performed flawlessly" 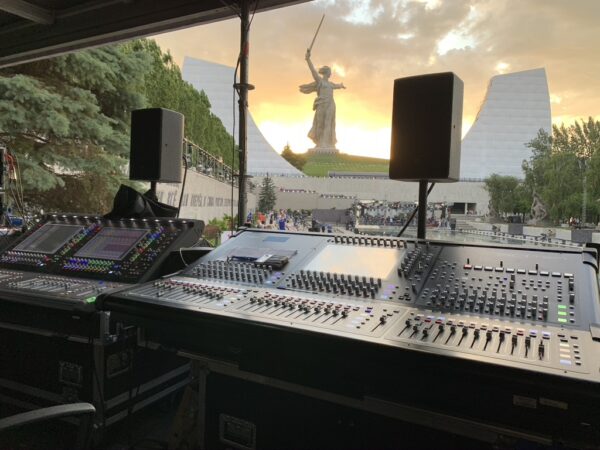 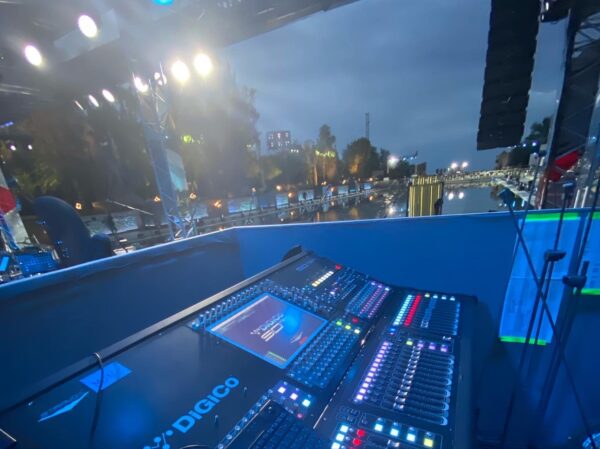 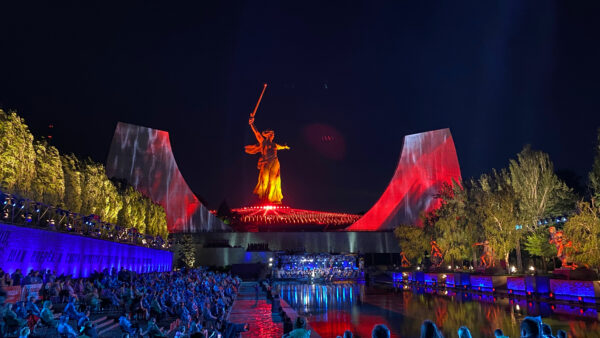 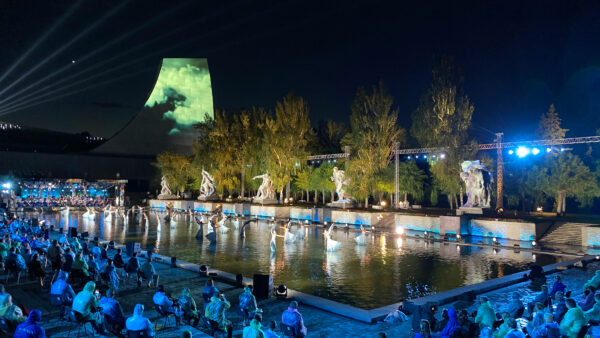