After more than 40 years of continuous operation, Theater Basel has undergone extensive refurbishment. In the sound department, the mixing console technology was due for renewal. Now, with a DiGiCo Quantum 7T including comprehensive theatre software installed and integrated into a complex Optocore network infrastructure, the house is equipped for the future. 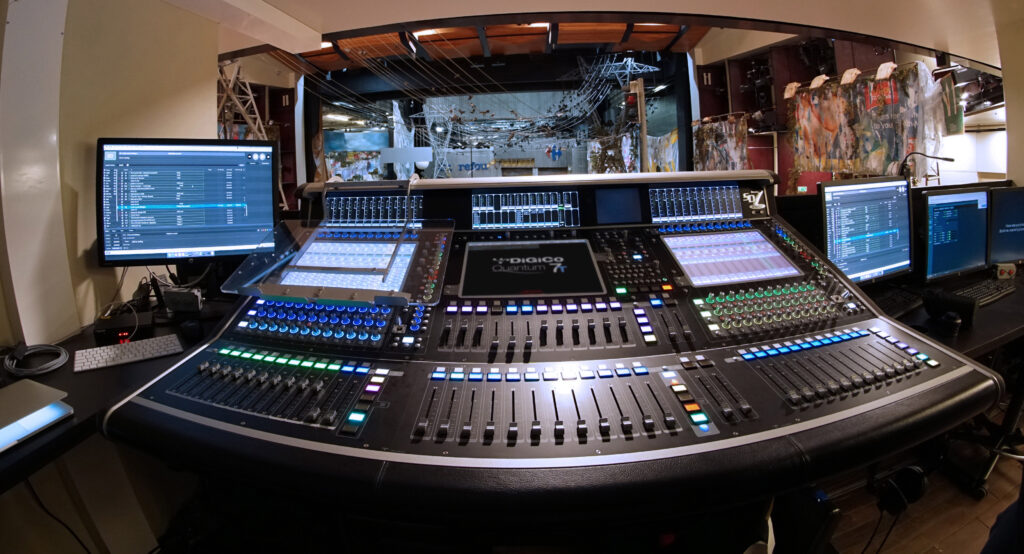 Theater Basel is Switzerland’s largest multi-genre theatre, and hosts dance, opera and theatre productions. A wide variety of renovation work has been carried out and purchases made over the past seven years, undertaken during non-performance and non-rehearsal periods to avoid disruption to performances. A few months ago, the house also renewed its entire mixing console technology. After an extensive evaluation and test phase – including a hands-on session at Tonspur AG in Adligenswil with DiGiCo’s Dan Page – the decision was made to invest in a DiGiCo Quantum 7T. As the ‘T’ suggests, the Quantum 7 console came with comprehensive theatre software, which includes complex automation as well as other application-specific customisations.

For Robert Hermann, Head of Sound and Video at Theater Basel, DiGiCo’s long-standing and widespread presence in the theatre and musical segment, as well as the mature and proven combination of hardware and software, were the decisive points for this decision. The company auviso ag from Lucerne was commissioned with the delivery and integration of the components.

Several training sessions followed to familiarise the team with the new mixing console system. Due to the nature of Covid, the training units had to be adapted; the technical training for the in-house support took place on-site by Tonspur AG, while the theatre-specific functions were taught by the DiGiCo specialist, Dan Page, via video conference. Working out and trying out the basic functions in self-study within the theatre’s sound department proved to be advantageous, allowing the participants to fully focus on the theatre functionality during the online training.

They also worked on the basics of the Optocore network infrastructure, which provides the backbone for transmitting and distributing the various audio sources in the mixing console system. A double Optocore ring is used in the Theater Basel. By means of the main ring, the stationary SD Racks are connected to the main console. A second ring connects mobile SD Racks and any monitor, recording or expansion consoles to the main system. The advantage of this topology is that equipment can be added or removed during a production or conversion without having to interrupt the main circuit. A wide variety of signals are transferred to the Optocore network from three SD Racks, one SD Nano Rack, and two Orange Boxes with Dante interfaces. Two SD-MiNi Racks are available for mobile applications via the second Optocore ring.

For the conversion of analogue signals, Theater Basel consistently relies on 32-bit Stadius technology. “The price difference compared to the standard 24-bit cards is small and means we are prepared for the future,” says Hermann. If he had to choose between sampling frequency and depth, he would tend to choose the greater bit depth for live applications. The sound department deliberately avoided external processing when installing the new mixing system, using built-in tools such as dynamic EQs, Spice Rack and DMI-AMM automixers.

The DiGiCo Quantum 7T has now been in use for just under a year and has proven itself in a complex and demanding show operation. Particularly noteworthy are the sophisticated Snapshot automation as well as the system architecture, with a powerful range of digital and analogue interfaces. 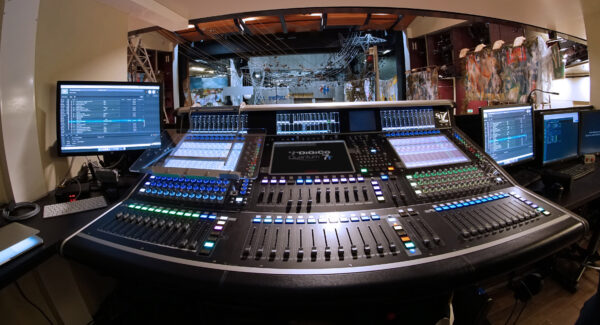