Dubai, UAE – December 2022 – When Expo 2020 opened in September 2021 after a year’s delay due to the pandemic, it more than lived up to its pre-event billing. Recording more than 24 million visits during its six-month run, the site included 200 pavilions representing 191 participating countries. The Expo was bookended by lavish opening and closing ceremonies which took place in the spectacular Al Wasl Dome, purpose-built for the Expo City.

Al Wasl, which means ‘connection’ in Arabic, is the historic name for Dubai where the eponymously named dome became the focal point of the 438-hectare Expo campus. In fact, ‘connection’ was the central theme of the Expo, whose objective of ‘Connecting Minds and Creating the Future’ is manifest in the Dome, which served as the physical link between the three thematic districts of the Expo: Opportunity, Mobility and Sustainability. Its semi-open design also connects the indoors to the outdoors, encompassing both enclosed and open spaces. An extraordinary structure, the Dome boasts an internal volume of 724,000 cubic metres and houses the world’s largest 360-degree projection theatre. Requiring an innovative audio system that was capable of immersing visitors in a diverse array of audio content, the Al Wasl management team turned to Auditoria Pty to design and Creative Technology Middle East (CT ME) to install L-ISA Immersive Hyperreal Sound technology and DiGiCo mixing consoles for Expo 2020.

“The technology of the Dome had to be at the forefront,” says Andrew Nu, Business Development, System Integration, CT ME. “Expo 2020 wanted this to be a fully flexible, functional system. Originally a background and foreground system, they soon realised that, with the dream of having incredible immersive content, they had to uplift the audio to match the video.”

The sheer scale of the Dome is reflected in the quantities of L-Acoustics cabinets installed as part of the vast immersive system: a total of 432 Kiva II, arrayed in 27 hangs of 16 each, plus 24 KS28 subwoofers, all powered by 54 LA4X and 12 LA12X amplified controllers. This sits on an Optocore network, with control via DiGiCo consoles and 4REA4 mix engines, as a self-contained system that can be completely operated from the control room. Immersive audio control was provided by two L-ISA Processors. A central truss system includes six arrays of four A15 and two arrays of three A10, two Focus and a wide in each array, along with KS21 subs.

CT’s systems integration division also managed to pull off the near-impossible trick of making the entire audio system almost invisible. Kiva II, colour-matched to the interior décor, are nestled seamlessly into the dome’s steelwork, allowing the arrays to mimic the structural lines. Nu comments, “Everything becomes sort of invisible – if you don’t know where the speakers are, you don’t spot them.” The challenges of physically implementing the systems were met by teamwork on an heroic scale. “The key factor was the brilliance of the team,” Nu continues. “Auditoria’s Scott Willsallen and L-Acoustics came up with a scheme that worked – Kiva II was chosen as a function of the geometry of the structure, and our ingenuity led us to install KS28 subs into pods that had access holes just a little bigger than the subs themselves.”

Creative Technology and Auditoria began working on the sound design for the installation in early 2019 to meet the original October 2020 Expo opening date. When the Expo was postponed for a year, the teams took the opportunity to review designs and begin to work out show control for the day-to-day content management for the Expo.

Auditoria also engineered and operated audio for the impressive opening ceremony in October 2021, which was designed by Sebastian Hammond, where a global TV audience joined the 3,000-strong crowd inside the Dome for performances from Ellie Goulding, classical pianist Lang Lang and Andrea Bocelli. The March 2022 closing ceremony, also engineered and operated by Auditoria, featured concerts by Christina Aguilera, Norah Jones and Yo-Yo Ma. Willsallen notes that “there were a thousand loudspeakers in use at the opening ceremony – and all L-Acoustics!”

“The key for any immersive environment is to ensure that any listener can clearly hear and identify all of the sound sources. We determined the position of the Kiva II arrays on the trellis by creating a listener zone both within the garden and within the whole site. Having listeners be able to hear every array means that if a sound source is moving across the stage, everyone can hear that same source moving across the sound space.”

The Al Wasl Dome featured myriad original audio content each day throughout the six-month Expo. To support audio creators in their content development, Auditoria built two studios in Dubai, equipped with L-ISA Studio software for immersive sound mixing. “For example, if Emirates were doing a five-minute themed item in the Dome, they would bring their audio files into the edit suite and our team would turn that into something suitable for a 27-channel immersive sound system,” explains Willsallen. “We had an Audio Production Manager, Ethan Curry, onsite for the whole 12 months, while Senior Editor Steve Logan looked after the studio and managing the L-ISA authoring for any content that went into the Plaza. Everything was done in L-ISA and once there was a workflow, we stuck with it.”

The Auditoria team introduced L-ISA Studio software, which can be downloaded to Mac or PC laptops, to their content creators as a way for them to qualify their work before they proceed to recording. It also allowed Auditoria to simulate different listening positions within Al Wasl and then render that to the studio loudspeaker system in live. “Authoring trajectories with the software, the same way you would with any other editing system, is incredibly efficient,” Willsallen says. “The creativity is really in the content that the creators are implementing on those objects; all we’re really doing is moving them within the soundscape. But for us to be able to do that quickly, easily and really accurately within the plugin makes things very straightforward.” Much of the day-to-day content in the Dome was pre-produced and pre-mixed, creating playback material run to timecode. But the Dome also hosted six major concert productions during the Expo, ranging from a 50-piece orchestra to a Coldplay performance.

The Al Wasl Dome is a design, construction and technical triumph. It is also a testament to those who worked on the project. “This wasn’t about the challenges we faced,” says Creative Technology’s Nu. “It was about the teamwork and cooperation. There are a lot of people who deserve recognition but particularly Peter Herring, Head of Engineering at CT and Eddie Hirad, who was absolutely critical in coordination during the installation phase. The whole of Expo had their eyes on us and everyone was committed to making it work. Despite its size and complexity, Al Wasl was one of the smoothest running projects that I have ever worked on, and we are extremely proud to have been involved.”

Beyond the Dome, L-Acoustics systems featured in several other venues within the vast Expo campus: The Dubai Millennium Amphitheatre was equipped with another L-ISA configuration using Kiva II, the Jubilee Park used K1 and K2, the three District Stages and The Forum all used Syva, supplied and operated by Neumann and Mueller, while Hall 2 featured Kara, supplied and operated by Agora.

Every venue across the entire site was equipped with a DiGiCo mixing console, using various models within their range: two Quantum 7s reside at the Dubai Millennium Amphitheatre, a further two at Jubilee Park stage, three SD9s at the District Stages, two Quantum 338s in Hall 2A and three SD11s in the rehearsal rooms. DiGiCo’s 4REA4 processors also feature, running several areas including a VIP lounge that overlooks Al Wasl, also equipped with L-Acoustics X4i and Syva Sub.

“You can’t hear the sound system from the VIP suite, but you can see the projections, so we take the 27 channels of content from the network, and we deliver that in an 18-channel version via another 4REA4,” Willsallen notes. “That gives us local inputs should they want to host anything locally, as well as level control.”

In addition to the DiGiCo products onsite throughout the Expo, reinforcements were brought in for the opening and closing ceremonies – for the former, six Quantum 7 consoles were used with two at FOH, one on monitors, two for broadcast and one house console, all provided by Agora.

Having provided the perfect venue for the spectacular Expo 2020, Al Wasl Dome now continues to dazzle visitors, developing into a permanent venue and a cultural landmark. The Dome is now a permanent fixture in Expo City, one of just a few structures to remain after the Expo. As it transitions from temporary structure to a fixed part of the local skyline, Al Wasl will continue to serve as an event space, capable of hosting crowds of up to 10,000 as well as anchoring Expo City 2020, a mixed-use development encompassing offices, hotels, and the new Dubai Exhibition Centre, another expo legacy.

“It’s been an incredible project to work on and the success has been shown by all those smiles and pictures that people took when Expo was open and soon when Expo City comes alive,” says Nu. “The best thing is the on-going continuity.”

For this, the systems have been reconfigured, with the main control room DiGiCo Quantum 7 replaced with a DiGiCo Quantum 338. “There’s still a 4REA4 in the Pearl Majlis, a 4REA4 doing local monitoring within the control room itself, and another one for matrix mixing in the basement for subs, etc.,” adds Willsallen. “Various SD-Racks are scattered around the place, all sitting on one big Optocore network for the input side. Output is a combination of an AVB and Optocore network. There’s a second DiGiCo Quantum 338 as part of the stock for Al Wasl, which is used as either a monitor board should it be needed, a console they can place out within the audience area for a more demanding live event or, for any mission critical event, they can add that console in the control room as a mirrored backup.”

“We don’t yet know exactly what the future holds for the Dome,” concludes Nu, “We’re looking forward to being part of that future as the Dome realises its true potential of providing spectacular entertainment of all kinds to locals and visitors alike.” 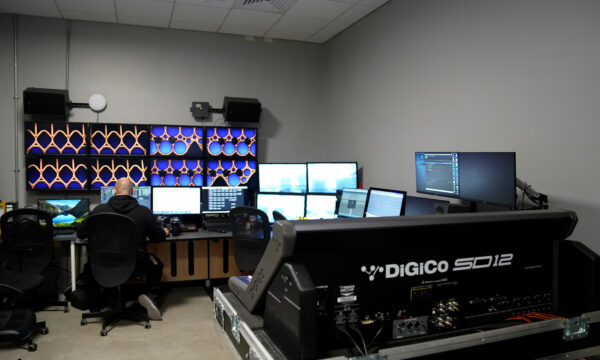 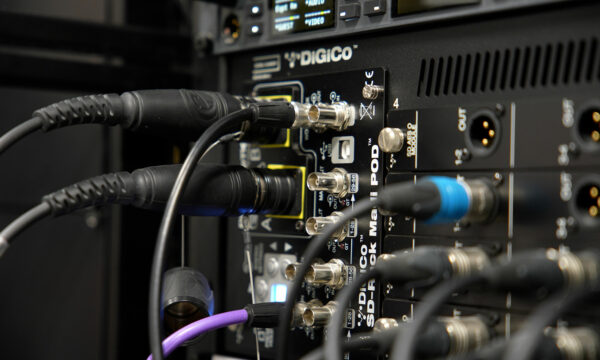 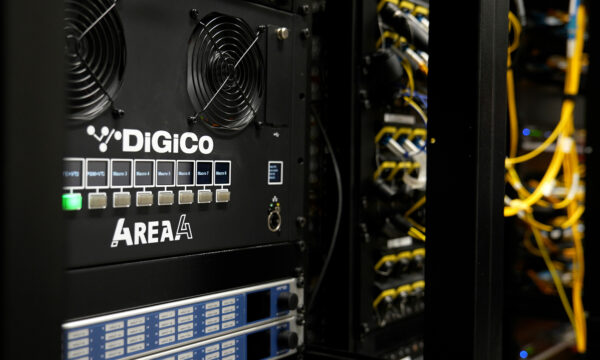 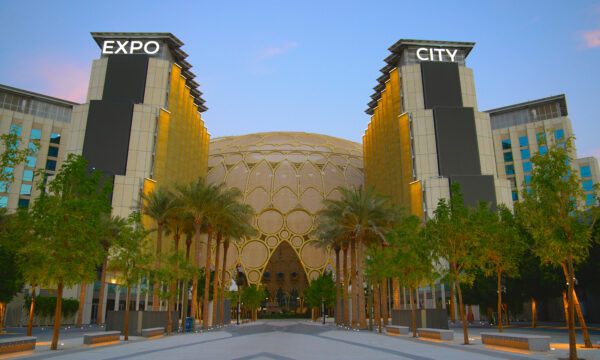 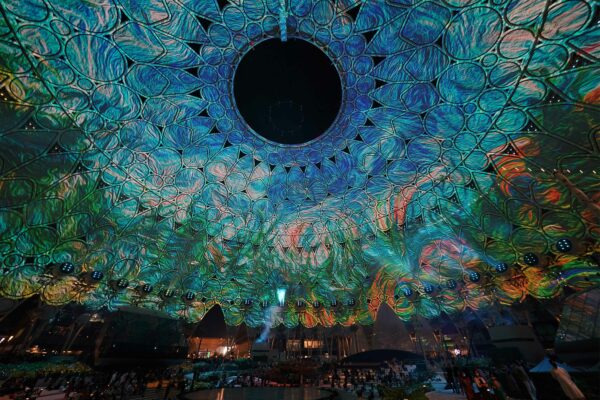 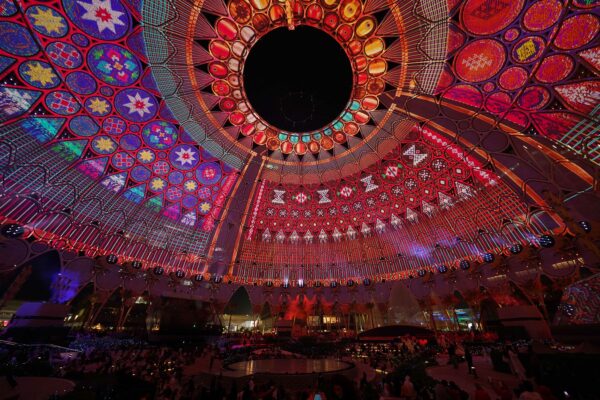 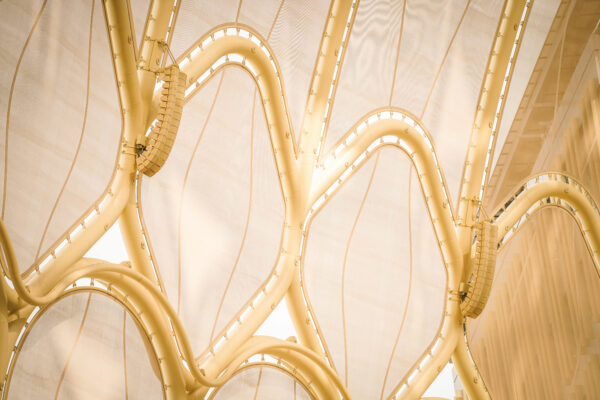 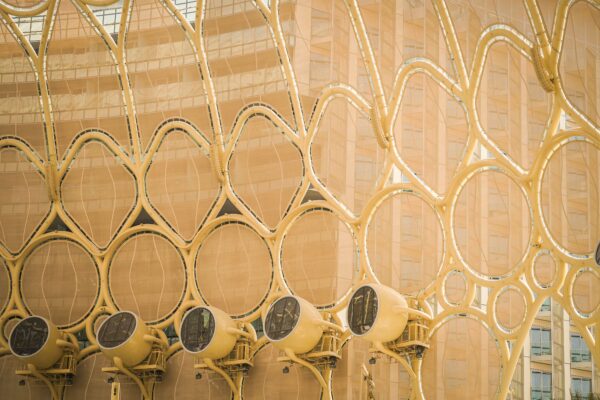 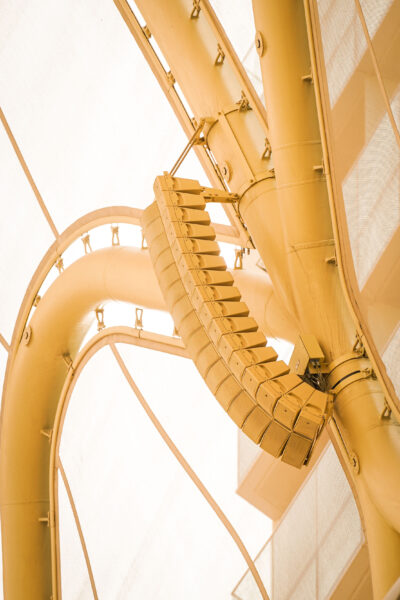