When you make a change to a touring audio rig that is seen by some as a compromise but will mean less space and weight on the truck—and it actually improves the overall audio quality—that's a good day for an audio engineer. That is exactly what James Shaw has found on his current Rat Sound-reinforced tour with Ben Harper & The Innocent Criminals connecting a pair of DiGiCo consoles while sharing mic pres and using the manufacturer’s Gain Tracking feature.

LOS ANGELES – July 2016 — When you make a change to a touring audio rig that is seen by some as a compromise but will mean less space and weight on the truck—and it actually improves the overall audio quality—that’s a good day for an audio engineer. That is exactly what James Shaw has found on his current Rat Sound-reinforced tour with Ben Harper & The Innocent Criminals connecting a pair of DiGiCo consoles while sharing mic pres and using the manufacturer’s Gain Tracking feature.

“This is the first time that we have gone out without a traditional copper split,” says Shaw, who has been with Harper since 2007, adding that the artist has been a happy Rat Sound client since the ‘90s. “I used to listen to the audio in the studio and wonder—using the same mics I do live and much of the same gear (except the split)—why it sounded so much cleaner. But when you think about it, with a traditional split you will lose gain, and change the impedance of the mic and its mic pre, introducing chances for more noise and tone change. When we were in rehearsals for this tour and using the DiGiCo stage boxes to feed both the house SD5 and the SD10 at monitors, it sounded like it did in the studio.”

Gain Tracking is a feature that DiGiCo pioneered and that saw some resistance from engineers worried about losing control. “It really works seamlessly,” he says. “Say I decide that I need an additional 3dB on the kick at house. I can bring it up, and with Gain Tracking enabled, the monitor console automatically dials it back 3dB so the output level remains the same.”

While the setup is now working better than any of the audio team expected, there was some trepidation about how it would all work when they started rehearsals. “At first you are kind of hesitant… I was wondering if having both of us able to control gain was going to mess with me. But setup was simple and we gave it a real torture test—we put both of us in control and had a little fight to see what would happen if we both went crazy at the same time. And it was great. We could not hear anything audible going on but we could see knobs going crazy as we fought each other, and once we saw and heard that we were comfortable with it.”

This setup is also much more simple in terms of patching, which is important on the current run in support of Harper’s latest album, Call It What It Is. “For this run we are carrying control, but no PA, so it’s just me and Nate Dreger, the monitor engineer, and Bjarne Hemmingsen, who is our audio tech from Rat. And he’s mostly onstage dealing with patching and such, so I’m pretty much on my own out front. And having just the Optocore connection coming to me from the stage makes my life a lot simpler.”

Shaw actually sees the logistical advantages as an added bonus on top of the noticeably improved audio. “On previous tours we were carrying two different brands of consoles so we had to have the splitter. That’s a lot of wire, and wire is the heaviest thing we carry.” Shaw has acted as production manager as well as house engineer on past Harper tours and so he very intimately understands the economic benefits. This tour they are using a redundant loop between the two stage boxes and the SD5 and SD10.

Gain Tracking is not the only advanced feature Shaw is using on this tour. “Out at house, I am using the MADI outs to feed MGB DiGiGrid units to handle multitrack recording, and every time I plug in those Ethernet cables I think, ‘Man, this is the future. We are just going to connect everything via Ethernet and tell it to route however we want it to for the computers.’”

Three MADI outs on the SD5 feed a pair of MGBs at 96 KHz and 24-bit. The Ethernet outs go into a router to combine the signals. “The beauty of this,” Shaw reports, “is that you can use pretty much as many computers as you want at that point. Just connect them to the system via Ethernet and you get 128 channels of 96K/24-bit audio to pick and choose from. I have two laptops running Reaper—one is just a redundant backup of the other. But what is cool about this setup is that I just added another computer, connected it to the router, and I use that for playback of walk-in music and to record a two-track of the left and right outputs for a board tape. Plus I can bring in the solo bus for analysis in SpectraFoo, and I can bring a reference mic into SpectraFoo. I am recording about 68 tracks, but I have 128 to choose from. On past tours I have had to carry some kind of USB interface for playback and analysis. Now I just carry an extra Ethernet cable. It’s great.”

Another feature that Shaw finds invaluable as a time saver are the macros available on the SD5. “I hit one macro and SpectraFoo is seeing the output of the reference mic and the console to compare. I hit another macro and now SpectraFoo is seeing the bass DI and the bass mic, or the kick in and the kick out mic. So I can check and adjust phase using SpectraFoo or just one instance of InPhase. I have other macros that will send to effects, bypass groups of drum gates, and my favorite macro, which transforms my guitar from mono to stereo and back again!

“That is one of the things I really love about DiGiCo. If there is a button or a menu anywhere on the console, you can pretty much do a macro to mess with it. Once you take the time to set them up, it is a huge time-saver day to day.”

Sometime during the European leg of the tour later this year, Shaw will hit show number 500 with Harper, and he says that the audio quality—and the quality of his job—have never been better.

“I know there are a lot of new consoles out there and they have some cool features, but in terms of customization, routing, layout, audio quality and macros, DiGiCo is still at the top of the game. They continue to lead this industry.”

For more details on Ben Harper & The Innocent Criminals’ current tour, visit www.benharper.com. Rat Sound can likewise be found on the Web at www.ratsound.com.

I know there are a lot of new consoles out there and they have some cool features, but in terms of customization, routing, layout, audio quality and macros, DiGiCo is still at the top of the game. They continue to lead this industry 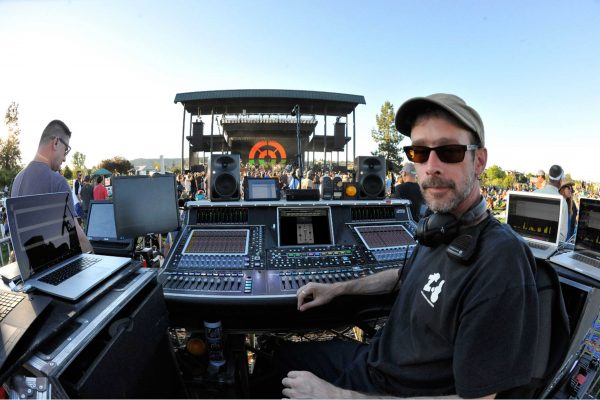 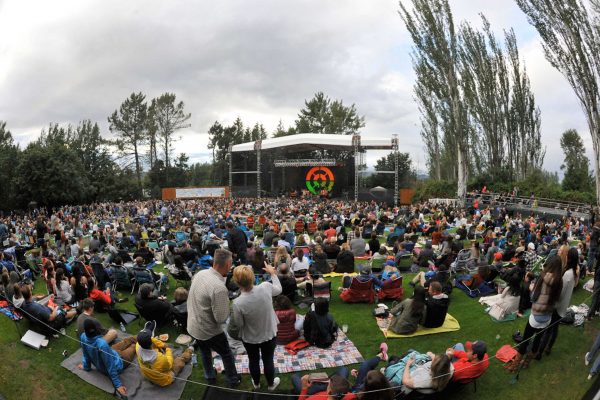 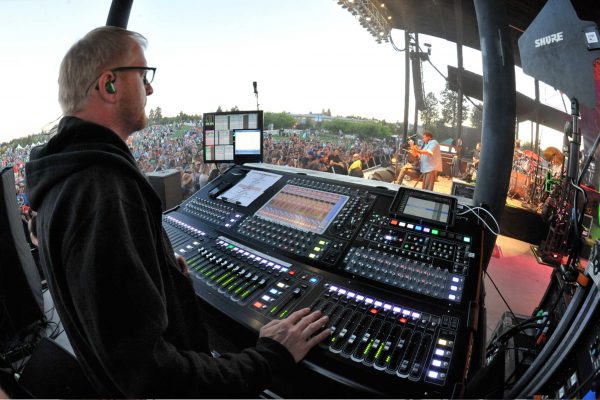