DiGiCo Gets The Job Done Quickly On Luis Fonsi Tour

As part of his mammoth Love + Dance world tour, Luis Fonsi, the Puerto Rican singer best known for the smash hit Despacito, played on home turf to an ecstatic crowd at the José Miguel Agrelot Coliseum of Puerto Rico in San Juan. 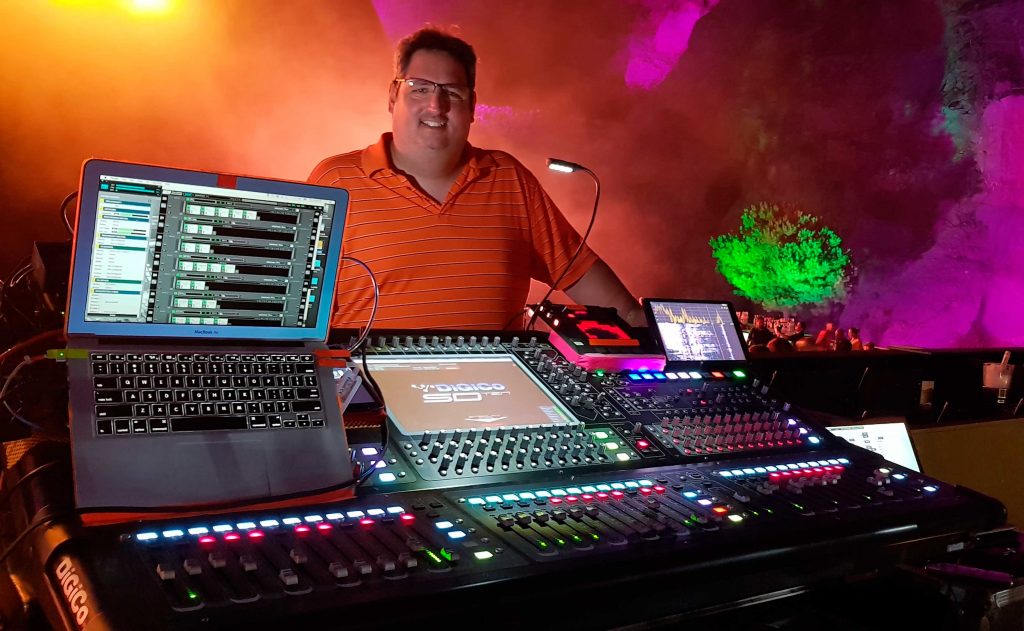 As part of his mammoth Love + Dance world tour, Luis Fonsi, the Puerto Rican singer best known for the smash hit Despacito, played on home turf to an ecstatic crowd at the José Miguel Agrelot Coliseum of Puerto Rico in San Juan. Luis may be a fan of taking things slowly but FOH engineer Yamil Martínez has embraced how quickly he could work on a DiGiCo SD10, which was at the heart of the tour’s audio system supplied by local provider Wichie Sound Performance.

Yamil Martínez is a seasoned pro when it comes to hot Latin performances. Prior to spending the last three years as Luis’ FOH engineer, Yamil worked with the likes of Ricky Martin, Enrique Iglesias and Alex Campos, and has been a fan of DiGiCo consoles ever since he first got his hands on one.

“I have been using DiGiCo with other artists since 2011,” explains Yamil. “It was back then I first encountered an SD9 and to my surprise the adaptation process was fast enough for me to run the soundcheck and the show very easily from day one. The flow of operation was such that it didn’t feel like a first! DiGiCo has always had a reputation for sound quality, but because the SD10 is everywhere and is nowadays considered to be the new industry standard, using one allows us to be consistent.”

On the Puerto Rico leg of thetour, the SD10 was connected via Optocore to an SD-Rack loaded with 32-bit Ultimate Stadius Mic Pre-Amp cards. On the console, the eight local analogue inputs were used as outboard FX returns from a UAD system, a Kaoss Pad and two-track playback. Four local analogue outputs fed the outboard gear and distributed SMPTE timecode. The remaining four analogue outputs connected to the PA system either as the main feed or as backup. Finally, a DiGiGrid MGB connected the SD10 to the Waves SoundGrid platform via the console’s MADI ports.

Using the DiGiCo Matrix to feed the L-Acoustics PA proved especially useful on this tour, explains Yamil: “We had the option to inject external inputs directly to the matrixes, which allowed us to have guest consoles connected to the SD10 without any interference to our setup by bypassing all the Master processing we needed for the Luis Fonsi show.”

Above all, having the DiGiCo system saved Yamil one of the most precious resources on a tour; time.

“The ability to do the line check directly from the SD-Rack without listening the channel processing on the headphones made it a lot faster by avoiding having to make any changes to the channel processing before soundcheck. Another great feature is the ripple function, which allows us to make big changes to the entire session in just one step. Macros are also a great solution to speed up operation. Macros have allowed us to activate or deactivate several channels of processing all at once.

“Everything has been so intuitive that we haven’t found the need for support. If you understand the master controls and Macros on the SD10, you can operate as if you’ve known the console your whole life.”

Everything has been so intuitive that we haven't found the need for support. If you understand the master controls and Macros on the SD10, you can operate as if you've known the console your whole life. 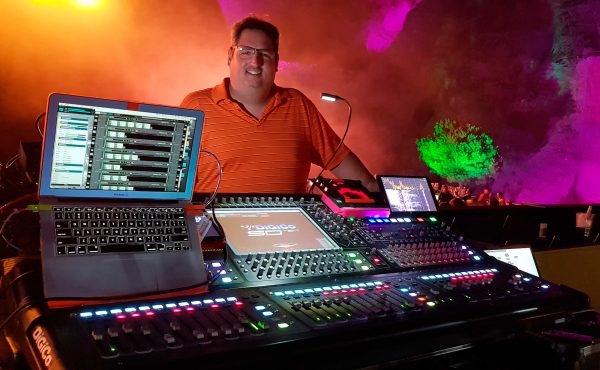