One Direction were one of the UK's biggest pop exports in over 50 years. They even broke The Beatles' record, notching no less than five top 10 debuts on America's Hot 100 chart.

One Direction were one of the UK’s biggest pop exports in over 50 years. They even broke The Beatles’ record, notching no less than five top 10 debuts on America’s Hot 100 chart. Now, more than two years into the band’s hiatus, 1D member Niall Horan’s solo career has also gone global: he signed with Capitol Records in 2016, and his 2017 debut album, Flicker, hit the number one spot in the US and Ireland, and made the top three in Australia and the UK. Now, he is in the midst of a major US tour, where live engineers, Joe Harling and Daniel Kent, are using DiGiCo consoles, provided by UK rental company Wigwam Hire, to create their mixes.

“I have always favoured front of house mixing,” says FOH engineer, Joe Harling. “I don’t have the technical chops, or strength of character, to do monitors… I’d probably end up crying if I did!”

As with any engineer at this level, the working relationship with the artist is crucial – and Harling cites Horan as fantastic to work with.

“He does take an interest in the sound, he has very good ears, and is able to express himself very well,” says Harling. “He expects things to be right, but also sees the bigger picture, and is totally calm around technical problems.”

“It was agreed with production that this was an acceptable price point and weight allowance for freighting control around the world; and the SD10 does absolutely everything we need,” Harling explains. “I have mainly worked with DiGiCo over the last few years, as I have mostly been mixing pop music, and DiGiCo is pretty ubiquitous in this genre.”

Harling is quite hands-on with his mixing, and while he does use Snapshots, very few parameters are in the scope for most channels.

“This gig isn’t very channel intensive,” he confirms. “I think we have about 56 inputs from stage, spread across mono and stereo channels; and, of course, there are some FX returns on top of that.

I use a couple of reverbs, and a delay; and I am running Waves externally on a Mac Mini via a DiGiGrid MGB, and I’m using quite a lot of plugins for some different flavours of compression, some dynamic EQ for problem fixing, and a few FX.”

Monitor engineer, Daniel Kent, says it has been a pleasure to work with an artist as talented and focused as Horan.

“For a young artist, he has played to more people than most bands might do over a long career; he understands why rooms sound different day to day, and is very good at articulating what he needs,” says Kent. “He is not overly technical in his description, but interpreting his requests is my job. When he first said ‘there are some haunting frequencies in here’, I was a little taken aback!”

Kent has been a DiGiCo user since 2010, and has been very satisfied so far with both the quality of product, and the manufacturer’s technical support.

“For this tour, due to weight constraints, we are both running SD10s, and they sound great. Also, knowing that I can pick up the phone and get an honest answer from technical support at any time is the icing on the cake, and why I will stick with DiGiCo for the foreseeable future. On the seldom occasions I have had issues with my desk, the support has been fantastic.”

Like Harling, Kent is also hands-on with his mixing.

“No two gigs are the same; I run a Snapshot or two for each song, but I’m not utilising timecode for this tour,” he says. “I mix Niall from the master buss and have my hands on the VCAs for him for the whole show, so the band’s needs are mostly taken care of via the Snapshots. I have a couple of Macros to help me out and I also use the notes feature on the desk. The channel count soon adds up when you take into account talkback mics, FX returns, etc, so I am probably running around 96 input paths.”

It is a pretty serious sized tour, but is all working out very well, Kent concludes:

“Seven months is a long stint, especially for a UK-based solo artist, and we’re playing a wide variety of venues, which keeps me on my toes – especially as we have a daily battle with a very enthusiastic audience. But it’s always great when a plan comes together, and everyone walks off stage with a smile on their face!”

Knowing that I can pick up the phone and get an honest answer from technical support at any time is the icing on the cake, and why I will stick with DiGiCo for the foreseeable future. On the seldom occasions I have had issues with my desk, the support has been fantastic. 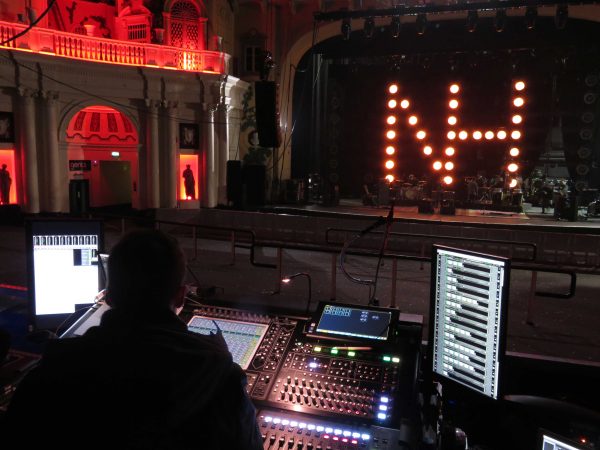 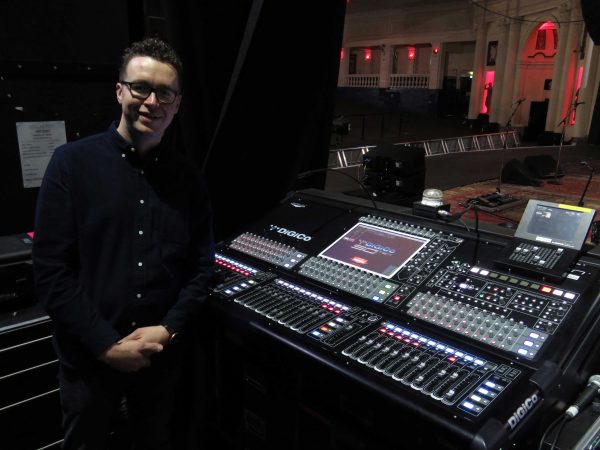 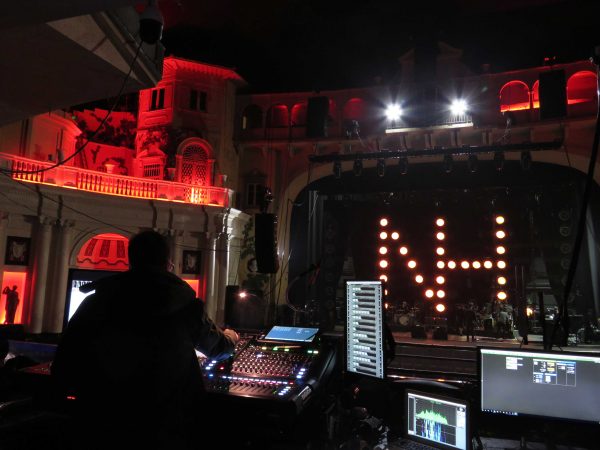