A new S21 desk joins the Georgia Tech PAC’s existing SD9 console, initially as the utility mixer for the venue’s outdoor arts series, and now at FOH while the SD9 undergoes maintenance and updating

ATLANTA, Georgia – February 2022 – Located in the heart of the Georgia Institute of Technology campus, the Ferst Center for the Arts serves as a showcase for the presentation of concerts, lectures, dance, film, and theater. Filled with activity year-round, the hall seats nearly 1,000 and is designed to provide a wealth of diverse and enriching opportunities for both Georgia Tech—the name by which the school is best known—and the greater Atlanta community. It’s also been a DiGiCo facility for several years, with an SD9 console serving as its front-of-house desk since 2014.

As many performances and events moved outside in 2021, Georgia Tech Arts, which operates the Ferst Center, established its Skyline Series in the spring, offering outdoor performances ranging from live music to contemporary dance and featuring a mix of Georgia Tech groups, Atlanta arts companies, and internationally-recognized touring artists. With performances taking place outside on a newly-constructed stage and audiences sitting in folding chairs in the parking lot, the rented Meyer Sound Leopard line-array system brought in for those performances needed a compact but still-powerful yet cost-effective mixer. That need was amply filled by a new DiGiCo S21 console, acquired last March through Atlanta-based integrator Rock N Road Audio.

More recently, the new S21 has been installed in the Ferst Center as its current FOH console, while the SD9 is being serviced for maintenance and updating. Along with the two D-Racks used on the Ferst’s stage and connected to FOH and the venue’s Meyer Sound Galaxy 408 PA system processor via DiGiCo Little Red Box Cat-5 interfaces, the venue remains a bastion of DiGiCo technology.

“We definitely wanted to stay with DiGiCo so we could interface with the existing DiGiCo equipment we have here,” explains Joe Davis, Audio Engineer for Georgia Tech Arts, in the school’s Office of the Arts, Division of Student Engagement and Well-Being. “Since the SD9 was due for some needed maintenance, we were able to bring the S21 inside and use it to mix front of house, so we never skipped a beat.”

Davis says the S21 is the ultimate utility console—a 48-channel mix desk with 21 physical faders and dual ten-inch multitouch screens—and, like the SD-Range, the S21 uses state-of-the-art FPGA technology to provide the same high-quality audio. “We have a number of other spaces here, such as ballrooms, that will use portable sound systems, and the S21 is very lightweight and compact and easy to roll in and out as needed,” he says. “It can handle anything we ask it to.”

At the same time, the trim S21 is more than capable of being the venue’s frontline FOH console for as long as it’s needed, sharing key performance capabilities with the larger SD9, including its incredible operational flexibility. Once the SD9 does return to its FOH role, Davis says the S21 will also add monitor mixing to its agenda when needed, as well.

And one last thing about the S21 he likes: “Because it’s as compact as it is, it’s much easier to see over the top of when mixing front of house,” he chuckles. “It makes a difference on a long show.”

For more information on the Ferst Center for the Arts, visit https://arts.gatech.edu/ferst-center.
Rock N Road Audio can be found online at www.rocknroadaudio.com.

S21 is very lightweight and easy to roll in and out as needed, and because it’s as compact as it is, it’s much easier to see over the top of when mixing front of house, it makes a difference on a long show. 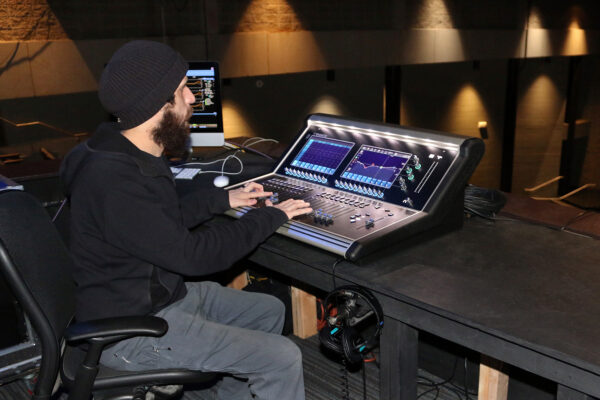 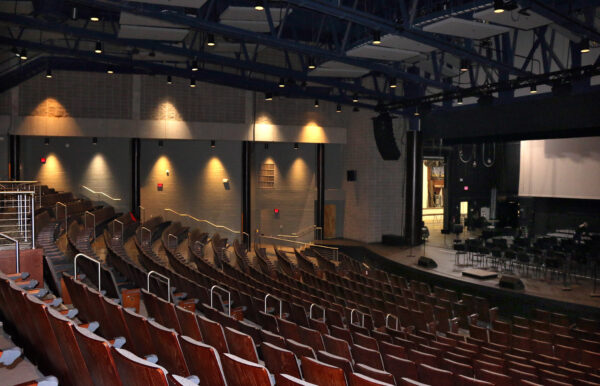