COTATI, California – February 2022 – Just north of San Francisco, on a rural ten-acre ranch in the heart of Sonoma County wine country, Prairie Sun Recording Studios has been steadily recording some of the biggest names in music since 1980. From The Grateful Dead, Carlos Santana and Journey to Nine Inch Nails, Wu Tang Clan and Tom Waits, numerous Grammy Award-winning records have been tracked, mixed, and mastered at this former chicken hatchery repurposed four decades ago by Mark “Mooka” Rennick as a world-class recording complex comprising three very well-appointed studios.

For ten years, this same bucolic site has also served as the headquarters of Prairie Sun Live, a live sound reinforcement and rental company that Mooka has led with the same passion, expertise, and commitment to great gear that has made his recording business a success. First started in 2012 with an Adamson Y10 line array and Lab.Gruppen PLM amps purchased from Clair Brothers, Prairie Sun Live has grown its inventory to notably include d&b audiotechnik J- and Q-Series loudspeaker systems and DiGiCo SD-Range mixing consoles, including the SD9, SD10 and SD7T. Now, Prairie Sun Live has further deepened its commitment to DiGiCo’s mixing platform by upgrading its SD7T to a Quantum7T with the addition of a new Quantum engine.

“I purchased my SD7T from the West End of London seven years ago and have rented it out for many events locally and nationally thanks to its Theatre-specific ‘T’ software package,” Mooka shares. “I bought the SD7T because, like the SSL 4000 E/G and vintage 80 Series Neve desks that I have in my studios, it represented the absolute top of the line. This console has always been sonically pristine and transparent, incredibly flexible, and infinitely programmable. And with its new Quantum engine, which Paul Bell installed for us, it really doesn’t get any better than this—now, and for many years to come.”

With decades of high-end studio experience to his credit, Mooka shares that one of his primary goals with Prairie Sun Live is to help make shows sound and feel as good as they do on a great recording. “DiGiCo is the tool for a serious creative to really make this happen,” he says. “We pair our desks with two SD-Racks loaded with 32-bit ‘Ultimate Stadius’ Mic Preamps and DAC modules, and they make a clear difference. Add the Quantum engine to the mix and DiGiCo elevates the fidelity of live sound to what I think it should be and where it’s headed, especially with immersive audio’s hot new experience.”

As both a live sound company and rental provider, Prairie Sun Live has deployed its DiGiCo consoles around the Bay Area and beyond for countless shows by many artists, including the Beach Boys, Jennifer Lopez, Jackson Brown, John Fogerty, The Killers, and Damian Marley. Festivals also represent a fair portion of the company’s client base, and PSL regularly services Monterey’s Cali Roots, SOMO Village, and Sonoma County Fairgrounds, as well as numerous wineries, corporate gigs, theatrical shows, and other events up and down the West Coast and across the Rocky Mountain states.

FOH Engineer Nigel Wolovick was thrilled about the creative potential of the SD7T’s Quantum upgrade at the recent Emerald Cup Harvest Ball in December. “We set up the Quantum7T at front-of-house alongside several guest consoles and the contrast in sound quality was very noticeable,” he describes. “It was such a blast to mix on, without needing to rely on any external plugins. I was able to get incredible tone out of each channel, especially with the new Mustard and Spice Rack processing options.  It essentially brings the analog behavior of the best studio equipment right into the console. The added processing paths at 96kHz sets it apart as well. Of all the processors, I used the Dynamic EQ the most; it’s a great tool for precise control over the resonance issues and sibilance, without losing overall fidelity. DiGiCo completely raised the bar.”

With such a diverse roster of customers, Mooka notes that Prairie Sun Live has to be prepared to accommodate a wide array of production demands, and DiGiCo’s reputation for delivering unparalleled ROI has been key in helping them achieve that. “DiGiCo is the most upgrade-friendly company in the world, in my opinion,” he enthuses, “and I don’t just mean the Quantum engine. Consider the I/O counts of my first SD9 and SD10 versus now. With the Stealth Core 2 and SD10+ software upgrades, my SD10 can accommodate 144 input channels, which means it’s way more flexible and powerful today than when I bought it. How many companies can you say that about their products?

“The English in audio have always been my heroes, DiGiCo included. The culture there is a ‘no B.S.’ approach combined with a sense of dignity and grace—and, most importantly, fun! It’s not all about the shekel, and we’ve always felt very well taken care of by the DiGiCo and Group One family.” 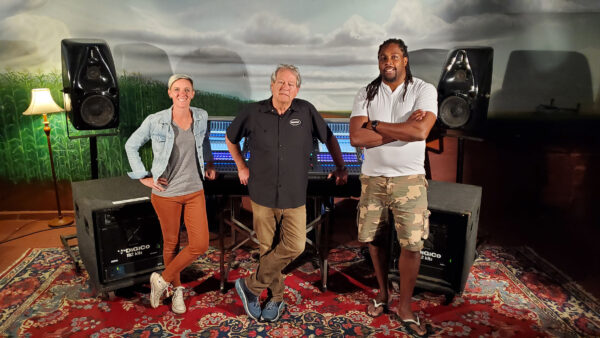 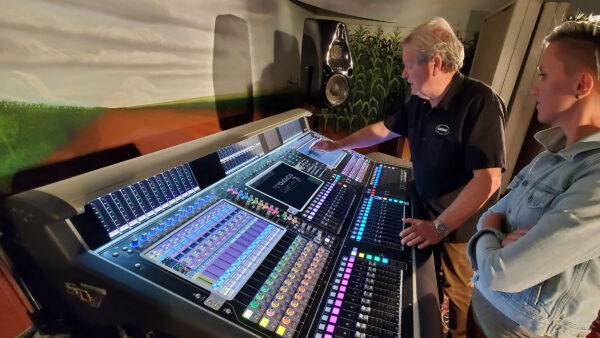 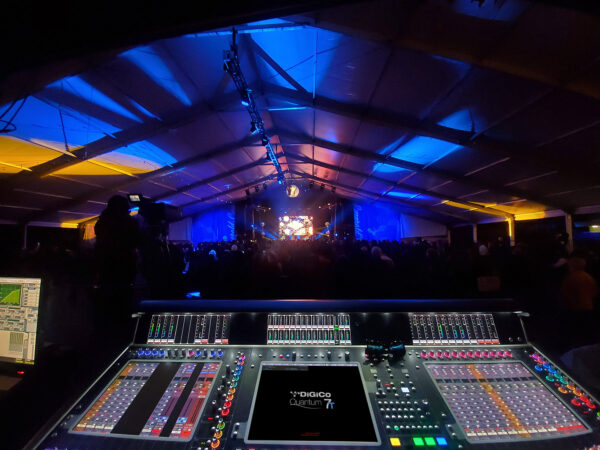