FOH engineer Robin Tombs and monitor engineer Simon Panos have both been working with Knight for a number of years.

“I first started working with her in 2011. Her album Soul UK had just been released and she was looking to do a UK tour in support of it, and I was introduced to the BK camp by Robin,” explains Panos. “We’d worked together for quite some time with a variety of artists and we work well together, so he invited me to mix monitors for Beverley on the tour. This is her first tour since that one, mainly due to her West End commitments.”

Tombs had also worked on several projects with Paul Timmins, Capital Sound’s general manager, over the past 10 years. “He introduced me to Simon and both of them indicated they had a desire to switch to DiGiCo consoles for this tour,” says Timmins. “Knowing where the budget had to sit—and being a tour that needed to be budget friendly—I felt the SD10-24 would be the ideal solution, as they’re compact and offer the sizeable number of inputs and outputs wanted, and the quality signal flow gave me the confidence that both Robin and Simon would just love them.”

“Strangely, this is the first time I’ve spec’d and toured a DiGiCo console,” Panos continues. “I’ve used them before on tours—an SD7 at FOH for Cover Drive supporting Kelly Clarkson, as well as SD8s and SD9s for various artists—but I always had a bit of a mental block with them because I hadn’t had enough time behind the consoles to get to know them properly, so I always spec’d something I knew well instead.

“But for this tour we had two weeks of production rehearsals and my Capital Sound tech, Finlay Watt, is an experienced DiGiCo user, so I decided to get out of my comfort zone and learn something new.”

Tombs and Panos had heard good things about the SD10 and the fact that a lot of the big name tours Panos had seen recently, such as Pharrell Williams and Mumford and Sons, use SD7s.

“The SD7 was out of reach for us on this tour and, to be honest, would have been overkill,” he says. “We played a lot of medium to large theatres, such as the Newcastle Sage, Liverpool Symphony Hall, etc. They’re all seated venues, so the more space FOH took up, the fewer seats the promoter could sell. Paul suggested we try the SD10-24, and he got it spot on.”

Tombs and Panos ran their two SD10-24s using a single SD-Rack on an optical loop, with the monitor console as the analog gain master, since Panos had been using it for two weeks in rehearsals, and the FOH console in Gain Tracking mode. In total, they used 48 of the 56 SD inputs, with monitors also deploying eight talkback mics as the whole band (drums, keys, bass, guitar, three backing vocals, two brass and Beverley, herself) all used stereo IEMs.

“The four static musicians all had a talkback mic with an Optigate going to my cue mix, so they could ask for adjustments mid-song,” says Panos. “There were also two tech mixes with their own talkback mics for communicating with the musicians, plus Robin and myself.

Beverley was the only person on stage with wedges. The drummer, bassist and keyboard player all had Cole and Porter thumpers. All told, with effect sends and returns, I was running 12 stereo mixes, 12 mono mixes and around 64 input channels.”

Panos has enjoyed the flexibility of the SD10-24. “There’s nothing you can’t customize to make your workflow as smooth as possible,” he says. “You can move channels where you need them, and create custom banks and macros that allow you complete one touch control. The scope of the user keys is ridiculous—we had keys assigned that allowed us to toggle Beverley’s input between her main mic, her radio spare or wired spare. Thankfully, we never needed to, but having the option to do that at monitors is a luxury as normally all your user keys are assigned to GEQs, FX parameter pages, mute groups, etc. Having 40 to choose from was a revelation. Gain tracking and the ability to share a single input rack is a rental company’s dream, not to mention the optical loop system. In fact, there are so many features that have just made it a next-level console for me.”

He couldn’t be happier and DiGiCo is now his first choice. “They fitted into the tightest of venues easily and I must admit it’s going to be hard to go back to any other brand of console. Its flexibility in terms of workflow is immense, and it sounds amazing.

“This sounds odd, but I always detected a certain ‘smugness’ about DiGiCo users. Having never been loyal to any one particular brand, it always made me wonder why they were so enamored with their consoles. Now I know…”, Panos smiles, rather smugly at his own admission.

“The combination of DiGiCo SD10-24 consoles with Rack sharing at the input stage, combined with our Martin MLA compact system and digital Dante returns, enabled us to present an incredibly compact and quality audio system for a one-truck tour with limited budget,” concludes Timmins. “The SD10-24 consoles offer compactness and quality at a price that works for the theatre touring market, something that is crucial for clients and rental providers in the current climate, where artists need to make money and audio suppliers need to see return on their investment.”

The combination of DiGiCo SD10-24 consoles with Rack sharing at the input stage, combined with our Martin MLA compact system and digital Dante returns, enabled us to present an incredibly compact and quality audio system for a one truck tour with limited budget. 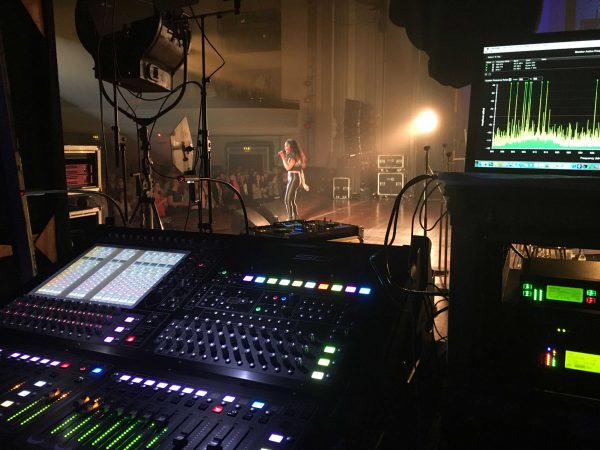 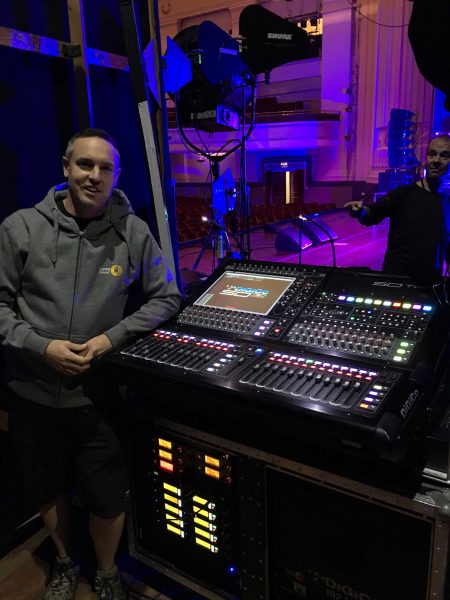 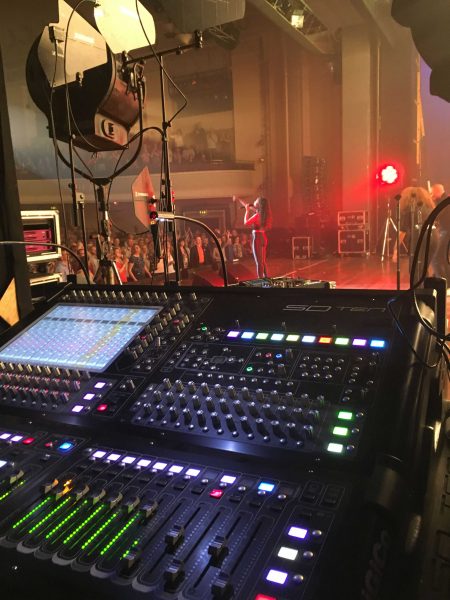