NASHVILLE, Tennessee – September 2021 – “As we pray, so we believe.” That classic aphorism at the heart of contemporary worship has a corollary—“as we sing, so we pray”—that could be heard at the Sing! Global 2021 Getty Music Worship Conference, which this year took place at Nashville’s Bridgestone Arena from September 13 through 15. The event, hosted by Christian music power duo Keith and Kristyn Getty, perhaps best known as the writers/singers of the beloved song, “In Christ Alone,” brought together worship leaders, music directors, composers and others in the worship-production sector for four days of workshops, panels, and uplifting music.

For the fourth year in a row, Brentwood-based integrator CTS AVL was the audio and lighting systems provider for the event. However, this year, the company also took on the conference’s broadcast and audio-recording tasks. That called for a more comprehensive approach to infrastructure, for which CTS AVL constructed an all-DiGiCo architecture, consisting of three SD5 consoles for front of house, monitors and broadcast, and an SD12 96 desk for production. Utilizing three SD-Racks and DiGiGrid MGB interfaces between consoles and computers, the system seamlessly handled over 160 inputs, managing over 50 separate mixes for bands, groups, choirs, and an orchestra.

“In past years, we had used an analog infrastructure to break out signal for front of house, monitor and production, but with the addition of broadcast this year and the ever-growing input list we needed to create an all-digital infrastructure that was reliable and easy to use,” says Mike Taylor, CTS AVL Vice President. “That meant DiGiCo, was an obvious choice because we were able to source all we needed to the growing system in town due to the readily available products in Nashville.”

The number of inputs was driven both by the size of the event, which draws participants from around the world, and by the fact that it focuses heavily on acoustical music and instruments, reflecting the Getty’s Irish-music heritage. Production, comprising speakers, prerecorded audio, choir and orchestra, totaled 72 inputs alone.

Brooks Abbott, CTS AVL’s audio engineer supervising the event, says the DiGiCo SD environment is what allowed them to take the show to the next level. “Last time, we were still at around 120 inputs, but with a large band and choir and an orchestra the input count quickly went to 160 inputs, plus another 50 to 60 for monitors, so we knew we needed the kind of solution the SD consoles, along with the SD-Racks and Optocore network, offered,” he says. “It was all about capacity and workflow now.”

Beyond the SD consoles’ huge I/O capacities, Abbott also cites functionality, such as the ability to mix between consoles. “We had an SD5 at front of house for the band and the SD12 96 for production, and also to mix down the orchestra to stems for FOH and the SD5 at monitors, so they wouldn’t have to handle all of those individual inputs,” he explains. “Even though the consoles were pretty much maxed out, we were able to bounce audio elements down between desks without ever having to go to copper, which kept the audio quality high and the workflow very efficient.”

At monitors, Abbott says the large number of guest artists were able to be handled easily on the SD5 as the engineer created presets for each one during soundchecks, with dozens of performers’ mixes about to recalled instantly, on the fly as each artist joined the house band. He also noted that being able to do all of this on a single Optocore network made cabling for the sprawling event far easier, including connecting to the SD5 broadcast console, which had been set up in a locker room in the venue.

“Being all on one network made it easy to transport all of the channels and mixes we were sending him,” he says. Three DiGiGrid MGB interfaces—two out of broadcast where they multitracked 128 channels and one at FOH where it was used for virtual soundchecks—added to the overall system flexibility.

Finally, all but the monitor console also had Waves processing integrated onboard. “It was a lot of music and speaking, and they were often moving between those one after the other,” says Abbott. “The way the SD consoles were set up, and with their huge I/O capacity, we were able to move through all of that smoothly and easily.”

Taylor says the network of consoles they put together for the event was intuitive and flawless in operation. “It was a super-clean, super-simple setup,” he says. “I’m the guy who gets the phone call when there is a problem, and over the course of this week, I did not get that phone call.”

For more details on Sing! Global 2021, visit www.gettymusicworshipconference.com. CTS AVL can be found online at www.ctsavl.com.

We had an SD5 at front of house for the band and the SD12 96 for production, and we were able to bounce audio elements down between desks without ever having to go to copper, which kept the audio quality high and the workflow very efficient 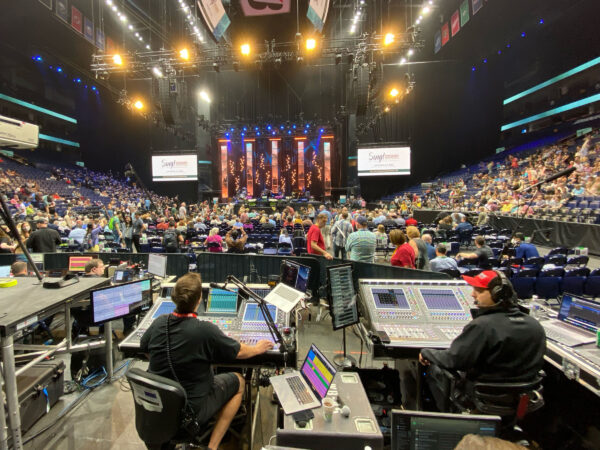 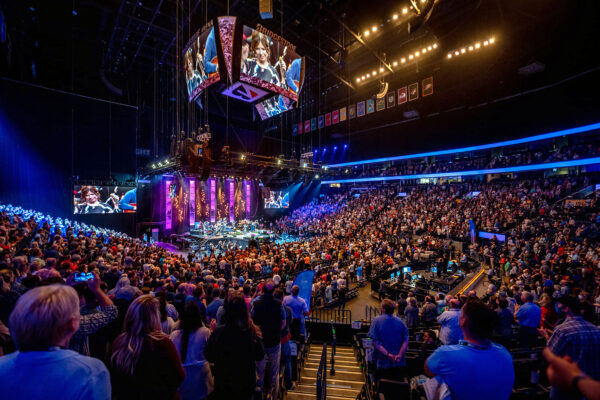 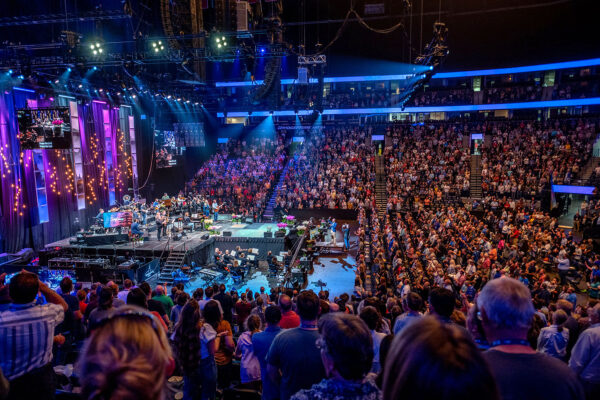 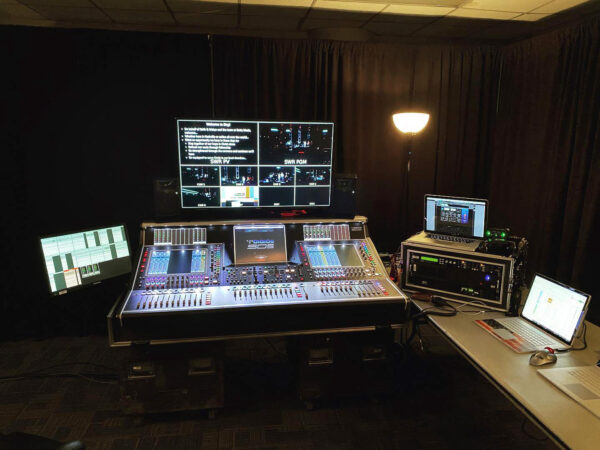