DALLAS, Texas – March 2019 — Described by CMT as a “true representation of current country for the next generation,” newcomer Cash Campbell burst onto the music scene in 2017 with his debut song, “Cannonball,” and has already racked up 20 million streams and views worldwide with his fresh, dynamic tracks. He has built a fan base on the road with headlining shows and sharing the bill with A-list acts on multiple tours, including his current trek on which he’s carrying a DiGiCo SD12 console to run both FOH and monitors.

Chosen by Dallas-based Jordan Bledsoe, who serves as Campbell’s FOH engineer, production manager and tour manager, the SD12 and its accompanying DiGiCo SD-Rack were rented from Arlington’s B&amp;L Sound and Lighting, which is supplying the tour’s complete control package.

“This has been my first experience with DiGiCo and, to be honest, I had been intimidated to use one because of how detailed you can be with it,” shares Bledsoe. “But after a short amount of time prepping on the desk as well as the offline editing software, I realized that detail is what I enjoy the most. Now I find that the workflow and sound of this desk make it hard to imagine going back to anything else. The SD12 is our console of choice moving forward!”

With Cash Campbell’s previous tour jaunt being a co-headlining run with Austin Burke, the artist and his crew are now out on string of dates opening for Dylan Scott. As with the previous trek, Bledsoe is once again manning the SD12, which is connected to the SD-Rack over Optocore fiber and used in conjunction with a Waves SoundGrid Extreme Server and Shure PSM 1000 IEMs for all band members.

One of the many things that the studio-turned-live engineer has found that he appreciates about the SD12 is its comprehensive onboard processing. “With the prior tour leg being my first time on this desk, I started with a Waves plug-in on most channels, but quickly realized I could lean heavier on the console because the EQ is so usable, and the compression and de-esser are incredible,” he enthuses. “With each channel of compression having the option of being a multi-band, that’s super-helpful for drums and vocals as well.”

Although the idea of dually running FOH mains and stereo in-ears off of a new and unfamiliar digital desk might sound a bit daunting to some, Bledsoe notes that the SD12 has made it a snap. “The ability to essentially have as many auxes as I want enables me to easily mix monitors from the house mix position, and I have a macro setup for each member’s mix, so if they need an adjustment, I can hit the macro and very quickly make that for them.”

Bledsoe reports that his current patch list comprises approximately 40 inputs, with a few of those being for talkback mics on stage that come into the console and are routed to a SquawkBox at FOH. For IEMs, he delivers stereo mixes to each of the four band members—all of whom also sing—plus a mix to the band’s lighting director, and two stereo mixes for Campbell, one of which is fed to an additional IEM unit for guest artists as needed.

“This console is right for us for a lot of reasons,” he sums. “The channel count and flexibility are the biggest things for me, but as someone who started out in the studio, I’m also really impressed by the sound of the mic pre’s and desk in general. And I’m not the only one who has noticed it. Every one of the band members has commented on how clear their monitors sound, and practically every promoter and house tech we’ve met on the road has commented on how clear and clean the mix sounds. I fully attribute that to the DiGiCo SD12.”

For more info on Cash Campbell and his upcoming tour dates, visit www.cashcampbellmusic.com.

About DiGiCo
DiGiCo is a UK-based manufacturer of some of the world’s most popular, successful and ground-breaking digital mixing consoles for the live, theatre, broadcast and post production industries and is exclusively distributed in the US by Group One Ltd. of Farmingdale, New York. For more information, go to: www.DiGiCo.biz

About Cash Campbell:
A “true representation of current country for the next generation” (CMT) newcomer Cash Campbell is bursting onto the music scene with “The In Between.” The track is currently Top 30-and-climbing on the MusicRow Country Breakout chart, and closing in on Top 40 on the Billboard Country Indicator chart. With his lush sonic palate—glittering, guttural and ethereal—it’s no wonder that fans around the globe are already captivated by Campbell as he continues to rack up millions of streams on multiple platforms since the release of his debut song “Cannonball.” After growing up singing in a small-town Texas choir and spearheading several different rock-focused bands over the years, Campbell’s deep-running Lone Star roots began to show as his solo career took shape. Channeling those influences but looking to stand apart from the Country pack, Campbell teamed up with Peer Astrom (the Swedish composer partly responsible for Glee’s soundtrack) and musician Chris LaCorte. Together they honed in on a sound that handpicks the best musical elements from each of their hometowns—down-to-Earth realism from Dallas, relatable songwriting from Nashville and irresistible electronic energy from Stockholm—fusing them into a mix that exists in a lane of its own. Out of the gate, CMT selected Campbell for their Artist Discovery initiative and world premiered the glowing, vibrant video for “Cannonball” in 2017. His Southern heart and worldly mind are fully evident on tracks “Don’t Wanna Think About It,” “Little Things,” and “Gravity,” with each available now on all digital retailers.

Practically every promoter and house tech we have met on the road has commented on how clear and clean the mix sounds. I fully attribute that to the DiGiCo SD12. 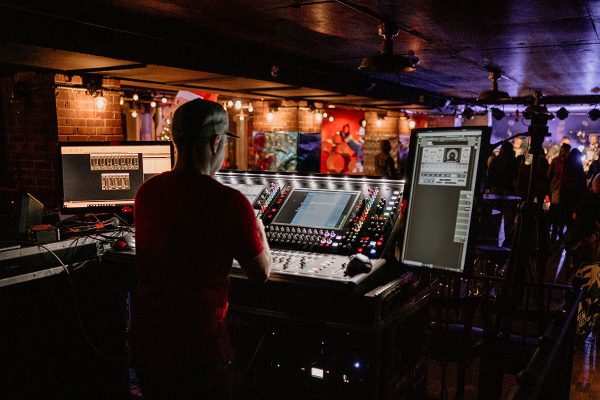 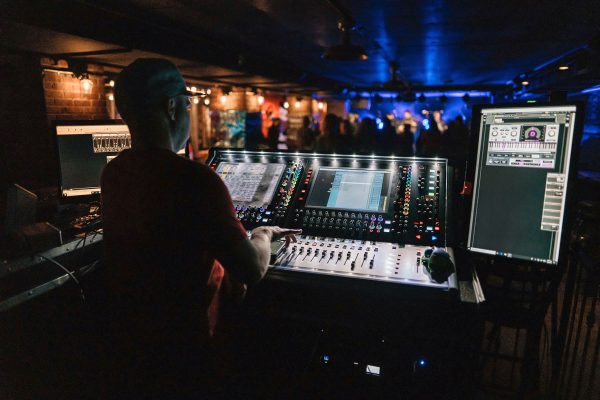 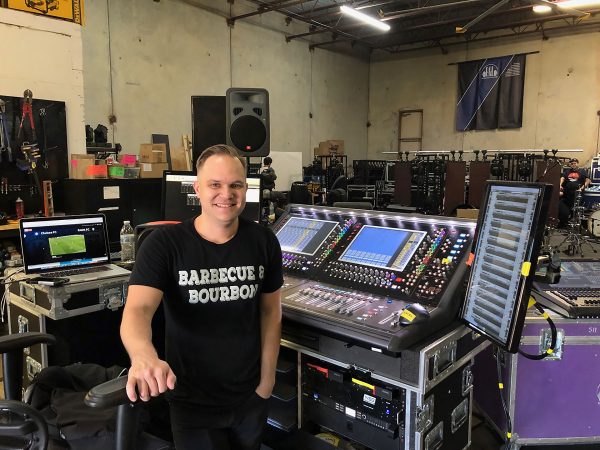