The live shows, mixed on a DiGiCo SD7 supplied by RG Jones, deliver huge sounds as much-loved chart toppers receive a classical reworking. Amongst the hits are The Chemical Brothers’ Hey Boy Hey Girl; Insomnia by Faithless and Moloko’s Sing It Back. At the helm of the complex live mix is sound designer, Phil Wright.

“In the last couple of years, we’ve seen all kinds of classical dance music shows take to the stage, but the design brief from MoS was to make this a genuinely live performance, meaning no playback!” says Phil.

With the brief in place, a collaboration between Coalition Agency and Raymond Gubby Ltd, which runs the 55-piece London Concert Orchestra, began with British composer Tom Player tasked with producing arrangements for the orchestra.

“It was always going to be me and a DiGiCo console,” he says. “I was thinking about an SD10, but it became obvious that I needed a bigger desk and therefore I decided on an SD7. It’s been the perfect choice and even on a console with the huge capacity of the SD7, I had only four busses and two channels not in use!”

The Annual Classical is no ordinary show, as Phil explains: “On stage, we have 55 people plus backing vocalists, guest singers and extensive effects. I’m running 12 FX racks in my SD7 and another six in Waves externally with my own DiGiGrid rig. It turned out to be the ideal way to do it.”

Phil has two SD-Racks on stage, taking inputs and sending outputs to a pair of Martin Audio DD6s. A total of 17 performers use personal mixers.

“With the compatibility, I could drive a MADI stream out of the SD7 to the personal monitoring set ups,” Phil continues. “I was sending 40 channels to the personal mixers, and using 16 sub groups, which was driving an extremely high AUX count for this show.”

The SD7 also helped to ensure a smooth production filtered through to other departments.

“It’s been a very close collaboration between Tom and I, and it quickly became obvious that we’d needed a click track – both for people to listen to and as a visual reference,” notes Phil. “Some of the pieces were 20 minutes long and featured a mix of five or six tracks, so it’s easy to get lost without it.

“I worked with Tom to construct a visual click system for the show which works off my dual redundant system. The musicians received an audible click and visual reference, which I could output to the lighting and sound console. While some cues are manual, the SD7 can do some of this itself based on the timeline, which was particularly useful to our lighting department.”

The SD7 provided additional benefits, explains Phil: “With running the show from a click track system with SMPTE, I’ve been able to snapshot every music number and subdivide some of them so I can put FX on the instruments. I utilised the screen in the SD7 with a copy of the visual click system so I could easily follow the progress.”

Full rehearsals took place at the new Music Bank facility and the tour premiered at London’s Royal Festival Hall in late-January. “It was phenomenal,” says Phil. “There’s a 10-minute film introduction to the event which explains the history of the MoS club, and the history of devising The Annual Classical. As it ends, the conductor hits ‘go’ and from the first beat, the audience stood up and never sat down again! I’ve never seen a reaction like it!”

It’s been the perfect choice and even on a console with the huge capacity of the SD7, I had only four busses and two channels not in use! 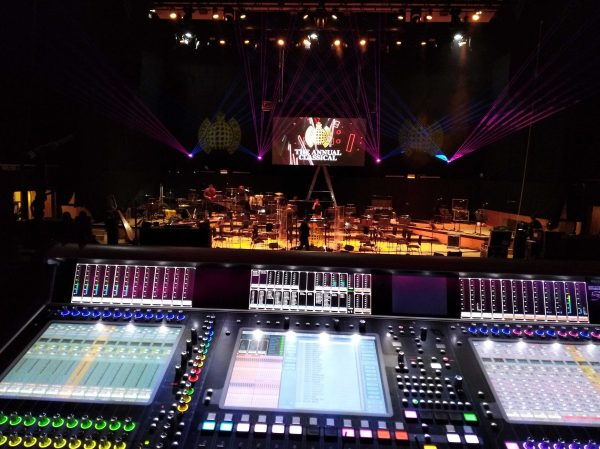 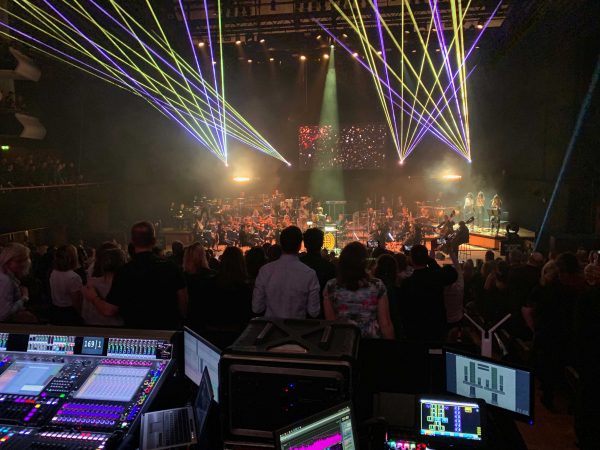 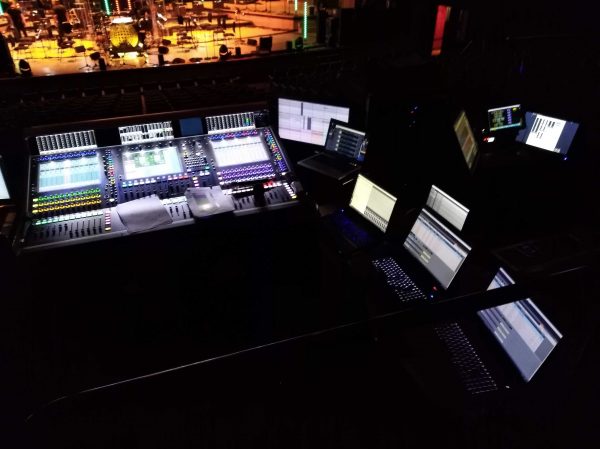