BONITA SPRINGS, Florida – November 2019 — When First Presbyterian Church of Bonita Springs, Florida reached out to All Pro Integrated Systems to update its audio facilities, two pieces of equipment quickly made the “short list”—both of which were compact DiGiCo SD9 mixing consoles.

It would be natural to assume that one SD9 would be for FOH while the other might handle monitor duties, but the church had something different in mind. “This was an install that happened in two phases over the course of almost a year,” reports All Pro’s Mark Autry, pointing out that there were actually two separate spaces involved in this project. In addition to the main worship center, there is a separate building that houses both FPC’s broadcast center as well as a smaller, secondary venue called CenterPoint. When needed, CenterPoint can also serve as an overflow seating area for the main worship center.

Along with the DiGiCo consoles, the two-phase project included a 32-input D-Rack for CenterPoint and a pair of 32×8 D-Racks (for a total of 64×16) for the main worship center, one of which is permanently mounted at the FOH location while the other is portable for onstage I/O expansion. All Pro fitted out the audio system with a Waves SoundGrid system, an array of Earthworks choir mics, and new Danley loudspeaker setup.

Considering its Gulf Coast, South Florida location, it should not be a surprise that First Presbyterian Church of Bonita Springs is what some would term a “snowbird church.” The church enjoys an active, year-round local base, but attendance tends to swell when retirees from the northeast head south for the winter. During that season, in particular, FPC frequently hosts a wide variety of events from worship services to special jazz concerts to a series of shows by some of the biggest names in Christian music touring today.

“The system we replaced was fine when we put it in nearly a decade ago,” says FPC Media Manager Tommy Hillegass, “but as time went on, it seemed to get harder to do what we wanted to accomplish rather than getting easier.” He points to the Waves SoundGrid server that was part of the install as an example. “I really wanted to incorporate more of the Waves stuff, and that is just so smooth on the SD9. I often felt constrained on our previous console, but not anymore. As an example, we run five Earthworks FlexWand mics for our choir. I can now easily run three EQ and compression plug-ins on each mic channel to really shape the sound the way I want to and it’s never a problem. That was simply not the case with our former system.”

“The portable D-Rack was an important addition, especially for some of the touring shows,” adds All Pro Sales Manager Mark Salamone. “Prior to having that, all input to the sound system was done via floor pockets. And while those can be great for regular services in terms of keeping things neat and tidy, when it comes to the greater audio needs of a touring show, they were actually quite limiting and could even cause a tripping hazard. Being able to place inputs where they were needed onstage and send everything back to the console via MADI was an important addition.”

With both installations now completed, the reviews have been 100% positive. “Our previous system just did not age all that well,” says Hillegass. “I was used to getting complaints about the sound literally after every service or event. But since we’ve put in the new system centered on the DiGiCo SD9 consoles, there has not been a single complaint.”

The commitment to excellent sound quality was not lost on All Pro, which certainly appreciated the commitment and teamwork of FPC’s full-time audio and production staff. “It’s wonderful to work with a staff with the dedication to quality that Tommy and his crew bring to the table,” says Autry.

“It was a long process to convince all of our church stakeholders that high-quality audio was a necessity,” says Hillegass. “And while we looked at some other console brands, it became obvious fairly quickly that DiGiCo’s reputation for quality—both in terms of build and sonics—was well-earned and the direction we wanted to go in, and we’ve been very pleased with the results.”

First Presbyterian Church of Bonita Springs can be found on the Web at www.fpcbonita.org. For more info on All Pro Integrated Systems, visit www.allprosystems.com.

I was used to getting complaints about the sound literally after every service or event. But since we’ve put in the new system centered on the DiGiCo SD9 consoles, there has not been a single complaint. 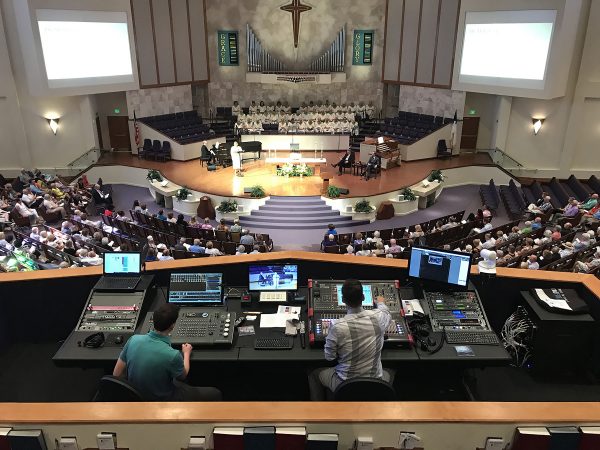 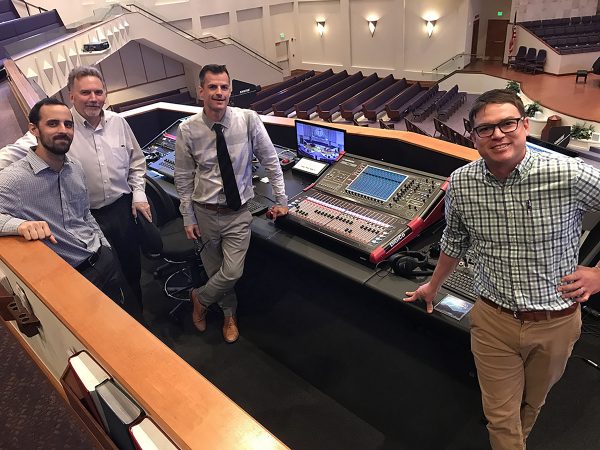 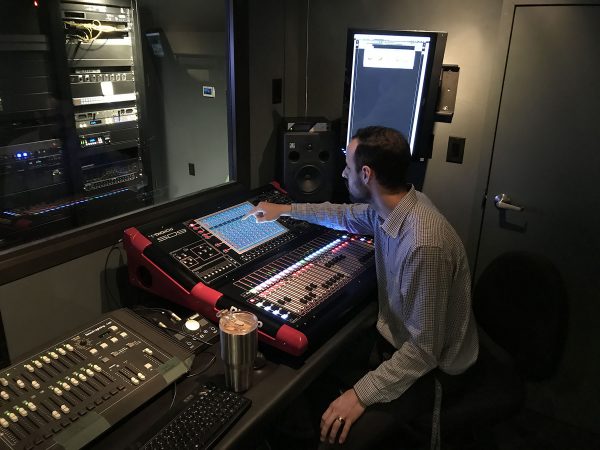