MINNEAPOLIS, Minnesota – November 2019 – Lizzo has made her mark on the music industry: her chart-topping “Truth Hurts” was at the number-one position on the Billboard Hot 100 for seven weeks in 2019, while the music video for the song has currently amassed more than 110 million views on YouTube. Completing her music-industry conquest, Lizzo’s Cuz I Love You Too Tour has sold out all of its shows since it began this past April, with some venues demanding additional performances. All of these shows were mixed via two DiGiCo SD12 96 consoles at the front-of-house and monitor positions, provided by Clair Global, which is also the SR provider for the tour. Brandon Blackwell helmed Lizzo’s FOH console while Loreen Bohannon handled her monitor duties.

“I started with Lizzo in late May of this year when her tour was in between legs, but since then we have been super busy, doing just over 90 shows in the past six months,” says Blackwell, who has toured the world with artists including Camila Cabello, A$AP Rocky, and Big Sean, and last year was named as one of Live Design magazine’s “30 Under 30” professionals to watch. “For this tour, I specified a DiGiCo SD12 96 for FOH. I have been on a SD12 the entire year with my other clients, but I was super excited for the new update to 96 inputs and 48 busses. With the extra I/O, I was able to add some extra key FX sends and returns, and also more parallel groups to my mix.

“As usual, I have paired my DiGiCo console with a Waves SoundGrid setup. While Waves is taking care of processing my vocals, subgroups and EFX, most of my heavy lifting of processing the playback tracks is being taken care of onboard the console. For each playback channel, I am using the dynamic EQ and multiband compressors to shape my mix. Snapshots are a big part of my mixing, so I really enjoy having all of these settings change when I hit ‘next.’”

Blackwell adds that having the same consoles at FOH and monitorworld has made the tour’s workflow vastly simpler and more efficient. “I’m a big believer of cutting out the traditional analog splitter, and this tour has followed suit,” he says. “Both of our consoles and the stage rack are on a fiber loop, and all of our inputs go directly into the SD-Rack, which has six new 32-bit Mic Pre-amp cards and one AES/EBU input card. With this setup, we have taken full advantage of those features that are unlocked when using an Optocore loop. Loreen has control over the gains, and I use the digital trim with gain tracking engaged. We also use the Con Send and Receive feature to move key audio sources between both desks. And since the crowds can get up to 115 dBA at FOH, we rely on the chat feature a lot. It has to be one of my favorite management features of the DiGiCo platform.”

Blackwell further says that the DiGiCo consoles, in conjunction with a DiGiCo Orange Box multi-format interface, have also made track playback during performances much more reliable and straightforward. “The progression went from a DJ rig to an Ableton playback setup, but we decided that MADI would be the next step,” he explains. “Thanks to our playback operator, Hugo Marcotte, we made the leap to a full redundant MADI setup with an analog backup. Hugo is sending 32 channels of audio over MADI and analog into our Optocore loop using an Orange Box with DMI-OPTO and DMI-MADI-B cards installed. This allows both of our consoles access to the MADI stream.

“To make sure that both the MADI and analog channels are both working properly, I use a macro that switches between the two input sources. This macro has come in handy the one time we had an issue with the MADI stream losing word clock. The switch between the sources was seamless and the show continued on while we fixed the MADI word clock. I have always been a fan of using fewer audio conversions, so with the MADI playback and our microphones running over AES, everything that comes out of the PA is digital and clocked all the way up to the amps. This is a first for me but I can really hear the difference and it sounds amazing!”

Monitor engineer Loreen Bohannon, who began with Lizzo in April ahead of her Coachella appearance, is also a dedicated DiGiCo fan, having been out previously with SD10 and SD12 desks with Michael Bolton. Bohannon’s Lizzo stint began with a compact SD11, a perfect fit for the smaller rooms on the tour’s early dates, and it also came with DiGiCo’s legendary support.

“DiGiCo was absolutely crucial to my success on that tour, always being available for me when I ran into a tech issue,” she recalls. “They always had it quickly resolved and provided excellent support, which is critical when you are the only audio tech on the tour.”

As Lizzo’s popularity grew, so did the shows. “The SD12 was already my favorite console from my Bolton days, and I was more than excited to add this to our gear and get the new software update to 96 input channels!” she says.

The integration with MADI and Optocore was equally helpful, she adds. “Being able to convert MADI to an Optocore device and allow our playback rig to take the clock from our desks let us seamlessly switch between analog or MADI head amps with no noticeable pause, stop or click in audio.”

Bohannon also praises the SD12’s more practical operational aspects: “One of my favorite features on DiGiCo consoles is the ability to lock cards, determine how you share the split and the general control you can have in the stage racks. It is a wonderful feature to have when you are sharing racks, not only for my safety in monitors, but also for anyone else on the loop. Not being able to grab an output card by accident is a great relief when you have to patch quickly!”

Both Blackwell and Bohannon give the SD12 credit for the tour’s technical success, but also for how it lets the artistry shine through. “The dynamic EQs, the quiet 32-bit head amps, integrated UBMADI for multitrack recording and playback, virtual soundcheck through the console—everything on the DiGiCo contributed to a smooth show,” says Bohannon. “I love the consistency I am able to provide for my artists from the DiGiCo platform.

To that, Blackwell simply adds, “DiGiCo continues to be my preferred console platform. The continued support from everyone at DiGiCo and Group One Ltd. [US distributor] is why a DiGiCo console will stay number one on my rider!”

For a list of Lizzo’s upcoming live performances, visit www.lizzomusic.com. Clair Global can similarly be found online at www.clairglobal.com.

1) DiGiCo_Lizzo_1.jpg – Lizzo monitor engineer Loreen Bohannon setting up her SD12 96 for a show

DiGiCo was absolutely crucial to my success on that tour, always being available for me when I ran into a tech issue. They always had it quickly resolved and provided excellent support, which is critical when you are the only audio tech on the tour. 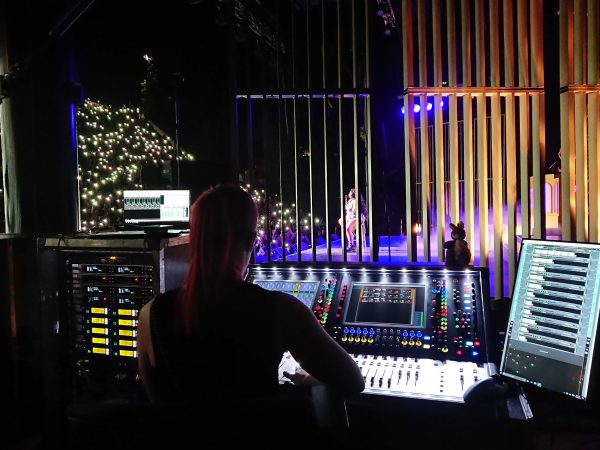 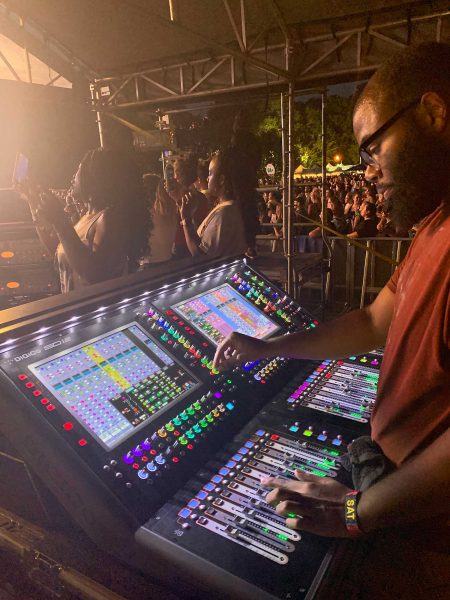 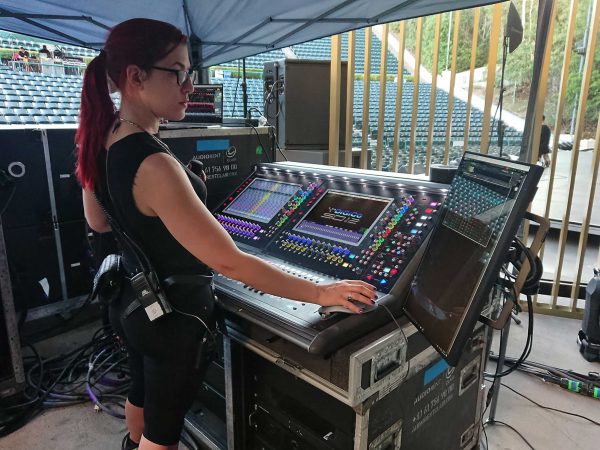 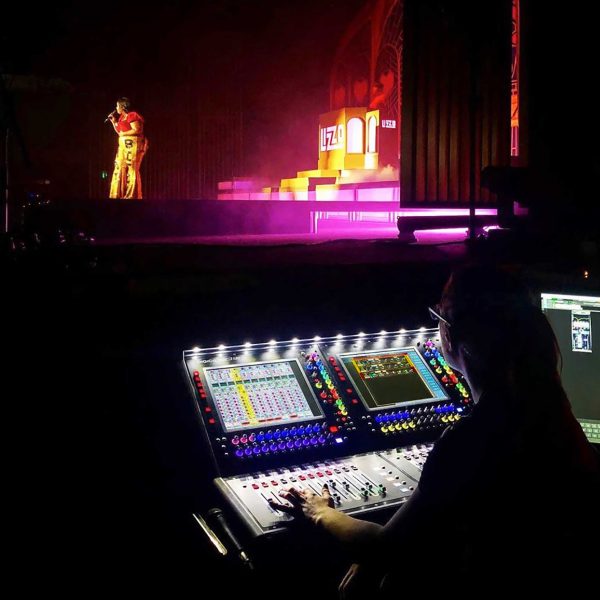