Since 1977 the Oakville Centre for the Performing Arts has offered a wide range of programming. Long a local hub for culture, it has undergone numerous changes over time. Among them, renovations aimed at improving the experience for audiences and deepening the functionality of the venue for technicians and incoming performers. The Centre has also added significantly to its audio infrastructure over time, most recently with the purchase and installation of two DiGiCo SD12 consoles (one 72-channel for monitors and one upgraded to 96-channels for FOH) and KLANG immersive in ear monitoring software for the facility’s 485-capacity, AEG Liebherr Auditorium. 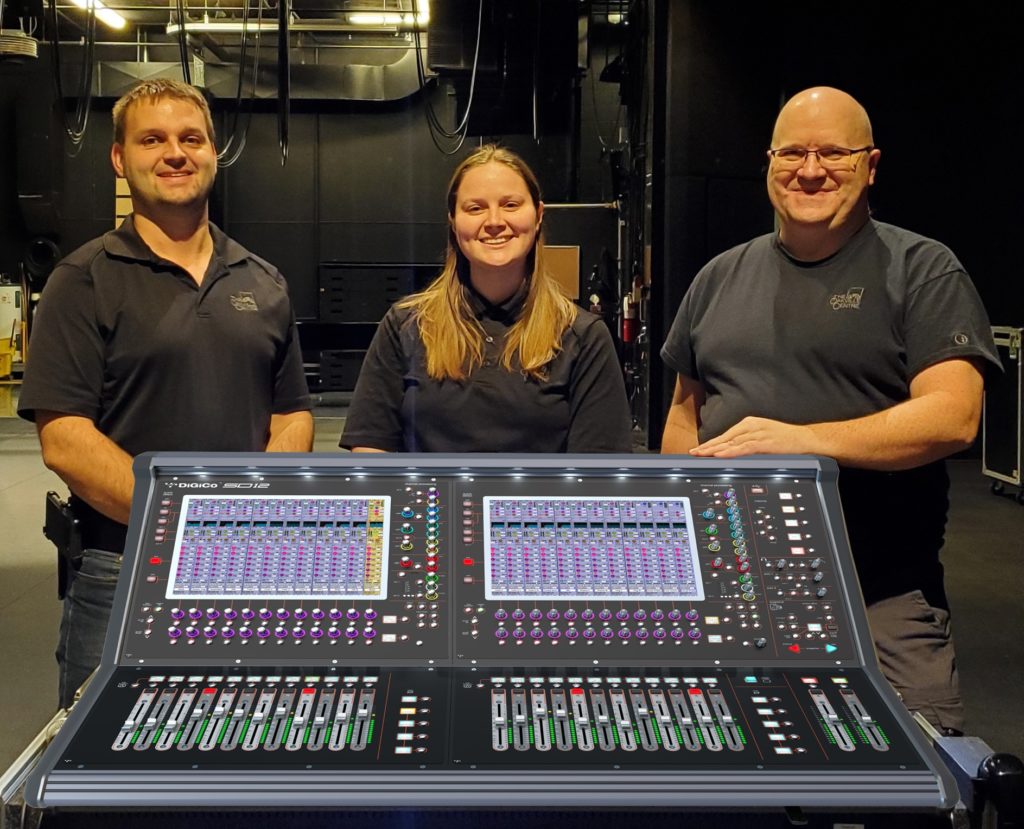 Another significant change, explains Andrew Moyer, Coordinator of Technical Services, has been the increase of both community and professional programming – from roughly a dozen shows a year previously to approximately 70 professional and 230 community-based shows currently.

When Moyer began working full-time at the venue in 2000, one 24-channel analogue desk was deployed to run mains and monitors. When necessary, they augmented the system with rentals on a project-by-project basis. “It was all analogue,” Moyer says. “We had some BSS Soundweb processing for the PA, but that was the extent of digital equipment in the chain. We actually purchased our first digital console in 2010.”

The company has also added more full and part-time technical staff over time, which was part of what drove the choices and purchase of the SD12s from GerrAudio Distribution Inc in summer 2019.

“Typically we all do everything,” continues Moyer. “I often do sound, but also lighting. We all do whatever needs doing and the SD12s are very user-friendly, so that’s a definite plus. I’d also been exposed to the consoles doing summer festivals in my off-time and understood the workflow, so when it came time to purchase here, DiGiCo was top of the list.”

DiGiCo products are often the choice of Canadian and international artists who have mounted shows in the Centre in recent years. “The SD12 impressed us with its price point and operational features and spoke to our needs as far as input/output count and usability,” he adds. “And the nice thing about the SD12 is the second screen, because you’re able to see more in front of you while you’re mixing.”

Education has always been a major component of GerrAudio’s services, Moyer notes, citing a DiGiCo course he had taken previously with the company, adding that Gerr’s Manager of Technical Services/Industry Training, Ian Robertson, provided additional training in October 2019 for those unfamiliar with the desks.

“He came to the Centre and went through the SD12 in depth with our staff,” Moyer recalls. “They were able to get comfortable with the workflow, which was obviously very important for us. And knowing that support is there is very comforting.

“The other big piece for us was going with the 32-bit Mic Pre-Amp and DAC cards for the SD-Rack. Overall, there’s a huge improvement in sound quality and in how clean and warm they are, and that’s without even getting into what the console will do for you in terms of processing and functionality. We also went with the SD12’s built-in Optocore option, so connectivity between devices, in any configuration, is easy.”

Although Moyer had considered various personal monitoring systems, when GerrAudio suggested KLANG’s immersive in-ear app he was immediately impressed by the possibilities the free software offered.

KLANG’s interface allows performers to achieve a high degree of separation and ground-breaking spatial placement using iOS, Android devices, or computers. Its latest iteration, KOS 4.0, also provides a DiGiCo SD console link. Additionally, KLANG speaks to the challenges the facility’s diverse programming often presents and can be used with any in-ears or headphones for both large and small ensembles.

“The big piece that everyone’s seeing and hearing in the news is the immersive in-ear mixing and what you can do with that. For example, adjusting your mix to hear other players, where they are on stage. But it can scale down to mono as well, and people are astounded at how easy it is to adjust.

“We purchased six Samsung 7-inch tablets as controllers, but you could also just come in, connect to Wi-fi, and use your own device and that simplifies things substantially,” he adds, particularly for musical theatre – given the monitoring needs of members of the orchestras are complex, and that musicals typically inhabit the venue for no longer than a week.

KLANG also provides a core benefit for the venue’s technicians, incoming crew/artists, and audiences. “It has a lot of options that will make people more comfortable using IEMs, and there’s no question of the benefits in-ear monitors offer for sound in the house.”

Ultimately that speaks to the Oakville Centre for the Performing Arts’ mandate to foster an appreciation of the arts in the community at large.

“I think there’s a lot of flexibility DiGiCo SD12s and KLANG offer,” Moyer sums up. “They’re high quality products that are easily used and really enhance the community-based and professional touring productions we deal with. So that definitely helps us meet our mandate.”

“The SD12 impressed us with its price point and operational features and spoke to our needs as far as input/output count and usability,” he adds. “And the nice thing about the SD12 is the second screen, because you’re able to see more in front of you while you’re mixing.” 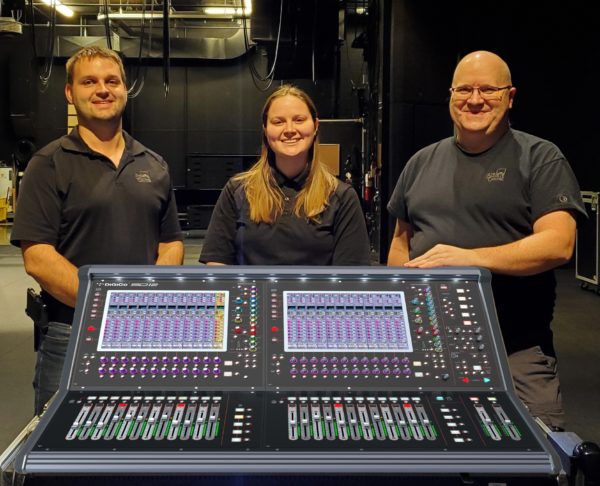