A pair of SD5 consoles handled front-of-house mixing for well-received performances by Jennifer Lopez and Shakira, while two Quantum 7 desks in monitor world were plenty for the 150-plus outputs for the singers, musicians and dancers on stage

MIAMI, Florida – February 2020 – Super Bowl LIV was a truly Latina-American event: Bronx-born Jennifer Lopez headlined the halftime show and Columbia native but Miami Beach resident Shakira shared the main stage, while New Mexico native Demi Lovato sang the National Anthem. The 12-minute extravaganza, watched by over 100 million people, garnered rave reviews for its showmanship but also drew plenty of kudos for its sound. A pair of DiGiCo SD5 consoles at front of house and a pair of DiGiCo Quantum 7 desks at monitors were the crown jewels atop a custom JBL sound system, comprising 18 1,500-pound carts on the field and 14 flown line arrays. All of the gear was designed and brought in by ATK Audiotek, which has been the halftime event’s sound-reinforcement provider for nearly two-dozen Super Bowls now.

“For me, the SD5 is still the fastest-workflow console ever,” says ATK Audiotek Project Manager Alex Guessard, who also mixed the live sound for the show—alongside the Rolling Stones’ longtime FOH engineer, Dave Natale—and designed the entire sound system, which was used for the pre- and post-game entertainment, as well as the halftime show. “I set the two SD5s up so that we had mirror images of both the worksurface and one console as the A engine, so in the unlikely event that we had a failure on one console, the other was ready to run seamlessly.” Needless to say, there was no need to take advantage of that redundancy.

What the show did leverage, however, was the SD5’s superb input capacity, which Guessard says managed the complex show’s 60-plus input channels, including vocals, instruments and Pro Tools outputs, with ease: “It was flawless, and the SD5 is so easy to configure. For instance, I used the assignment buttons on the left of the screen to toggle between the head amp, filters and auxiliary, and the moves were quick and easy under pressure.”

The event’s massive Dante network was “fed from the MADI on the consoles, and signals were eventually routed via AES to the amplifiers,” Guessard explains. Each console also had two DiGiCo SD-Racks of its own, allowing them to operate independently.

Over in monitor world, Tom Pesa and the monitor crew had to manage upwards of 150 wireless beltpacks for vocalists, musicians and dancers. He also used two consoles, both of which were Quantum 7 desks. They began working on the show at two rehearsal locations—one offsite and one onsite—which necessitated the need for two consoles to be available as the complex production came together. Once the show was ready, Pesa, like Guessard, kept the second desk online as a backup.

“Instead of having the B engine as the backup on one console, we’d have an entire second console as our mirrored B engine,” explains Pesa, who was working his 24th Super Bowl halftime show. “It’s overkill, but it’s also the Super Bowl.”

The output of the console went to a combination of in-ear monitors—120 of them for dancers alone, who rely on them for click tracks and cues—and to a dozen ATK Audiotek LM3 wedges around the stage. Pesa says the Quantum 7 managed all of that easily, using only onboard processing. “I lean heavily on DiGiCo’s onboard processing; I almost never need external processing, especially since Quantum came along,” he says. “That gives me so many onboard options for limiters, compressors and EQ, and I can easily customize each snapshot for each artist as each pass goes by. There’s so much available to let you make each artist sound exactly the way you want them to. It’s all just there at your fingertips.”

The Quantum 7’s assignability was also called upon for this show, as Pesa was able to set up an entire separate section of the console customized for Ramon Morales, Shakira’s longtime monitor mixer. “I could literally create an entire section for him with Shakira’s inputs for vocal channels and effects returns, and any other control group needed to lay down as a VCA to control her Pro Tools level, all in one bank,” he explains. “So I could do what I needed to on my side of the console and Ramon could have everything he needed laid out right there in front of him. The Quantum is a big leap forward and I’m really impressed with how many new features there are with the new firmware, like Mustard. The console just keeps getting better.”

Super Bowl’s halftime shows are a marvel of tightly packed bombast on a precision schedule that a field marshal would admire. “It’s all over so quickly,” recalls Guessard, who was working on his third Super Bowl halftime event. “We had six minutes to get ready as the football players were leaving the field and the stage was coming together, then a 12-minute show, then six minutes to get ready before the teams came back. It’s a huge adrenaline rush no matter how many times you’ve done it, and it takes an insane amount of coordination. You need the tools you’re using to be perfect, and that’s what the DiGiCo consoles are—perfect.”

“It was flawless, and the SD5 is so easy to configure. For instance, I used the assignment buttons on the left of the screen to toggle between the head amp, filters and auxiliary, and the moves were quick and easy under pressure.” 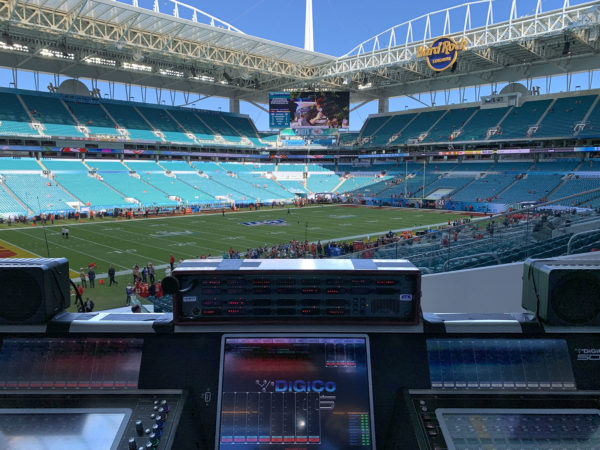 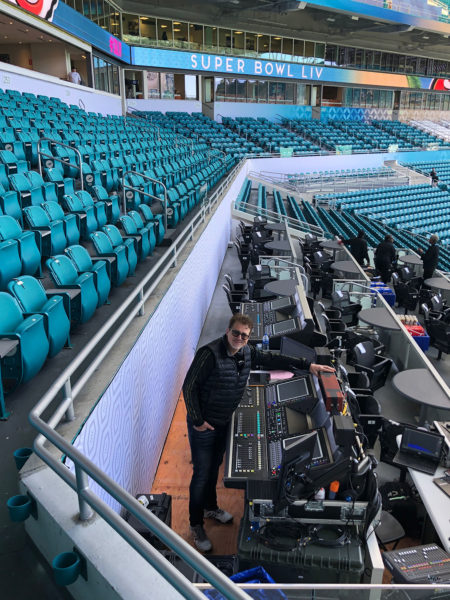 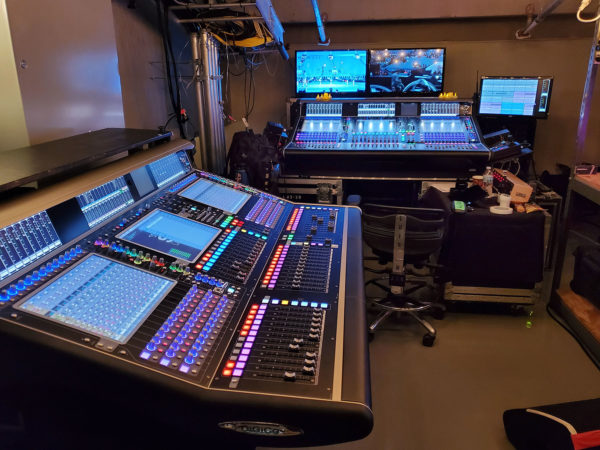 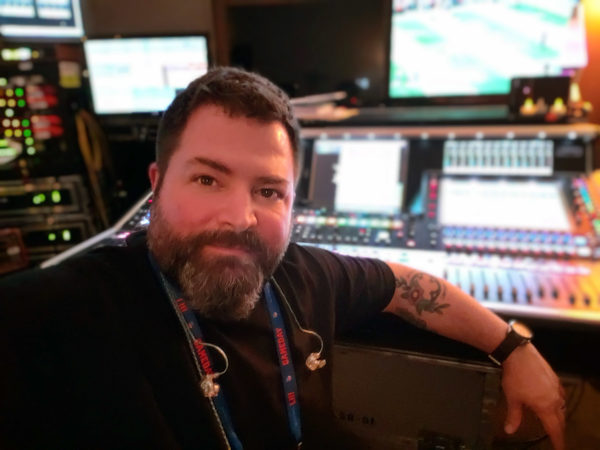