Northwest Austin school district has a world-class theatre-technology program, so it went for the best in sound with a DiGiCo SD7 desk for its main 1,500-seat theatre and two SD9 consoles for the two additional performance spaces in the school’s performing arts center complex.

AUSTIN, Texas – The Lake Travis Independent School District comprises its flagship Lake Travis High School and nine other middle and elementary schools, but what sets the LTISD apart is a theater-technology program on par with those at virtually any major university, along with a touring-class performing arts center to go with it. And in keeping with its mandate to “go with the best to be the best,” each of its theater spaces was equipped, after a technology upgrade last summer, with DiGiCo SD-Range consoles.

The Lake Travis ISD Performing Arts Center (LTPAC) consists of three theaters. A 1,500-seat Concert Hall featuring expansive support facilities—dressing rooms, rehearsal spaces, a scenic construction shop, and production shops—now features an SD7 with the recent Quantum engine upgrade. A Black Box Theater, with flexible seating for 250, and a 275-seat Recital Hall also have their own smaller SD9 desks. Three SD-Racks were additionally installed: one on a portable rack, another at stage left in the concert hall, and one that manages all of the venue’s digital and analog I/O in the central technology room. Austin-based Big House Sound supplied and installed all of the systems.

LTPAC facilities are supported by a staff of expertly trained student technicians in the Technical Theatre Program at Lake Travis High School, which, including the introductory courses, has over 250 students enrolled. The new DiGiCo consoles represented LTPAC’s transition from analog consoles, and K.J. Bartosh, the venue’s managing director, says these consoles were the perfect choice for that and for introducing students to the same technology platforms they will encounter in the professional realm after graduation.

As it turns out, the SD7 is also an exceptional teaching tool. One might assume that’s because the entire SD line’s ample use of touchscreen interfaces would be appealing to a class of Gen Z students who were brought up on that technology. However, Bartosh explains, the SD7 offers so much more as an instructional platform.

“At a time when audio consoles are getting smaller, putting more faders under layers of the work surface, the SD7 remains very much a fader-intensive console, which means we can get three or four students hands-on on the console at the same time during shows. The SD7 creates learning opportunities simply through its form factor. We also bought an expander section for the console, which adds faders and lets even more students interact with it.”

In addition, Bartosh continues, the SD-Range topography is scalable between models. Thus, students can move seamlessly between the theater spaces at the LTPAC. And the SD channel interface has a decidedly analog sense in its design. “When students use these consoles, the overall nature of signal path becomes totally clear to them,” he says.

The SD-Racks play a large part in the LTPAC’s new workflow. Bartosh recalls that ahead of the recent renovation, the architect informed them that enlarging the main theater’s small orchestra pit would entail substantial construction and cost. Thus, in the past, productions often had to use a truncated band for live music. Instead, at the suggestion of James Richardson, director of installations at Big House Sound, the orchestra now performs in an adjacent room, with enough space to comfortably fit the full orchestra, with tie lines between them and the stage, going through two SD-Racks as well as two-way video so actors and musicians can see each other in real time.

Bartosh, who credits DiGiCo/Group One’s Matt Larson and Big House Sound audio engineer Kyle Failla with generous ongoing training and support on the consoles, says that as amazing as the Core2-equipped SD consoles have been, the SD7’s performance has become even more spectacular with the January addition of the Quantum engine upgrade.

“You notice it immediately, with the speed with which the console starts up,” he says. “It’s exponentially faster. And now we can use the MADI ports for our iMac computers over a single USB cable. So many more possibilities.”

And the possibilities are what are proving the long-term value of the SD-Range consoles at the Technical Theatre Program at Lake Travis High School. “The kids are learning the desks so quickly that they’re coming to me and making suggestions about new ways that we can use them,” he marvels. “Pretty soon, they’ll be teaching me.”

For more details on the Lake Travis ISD and its programs, visit www.ltisdschools.org. Big House Sound can also be found online at www.bighousesound.com. 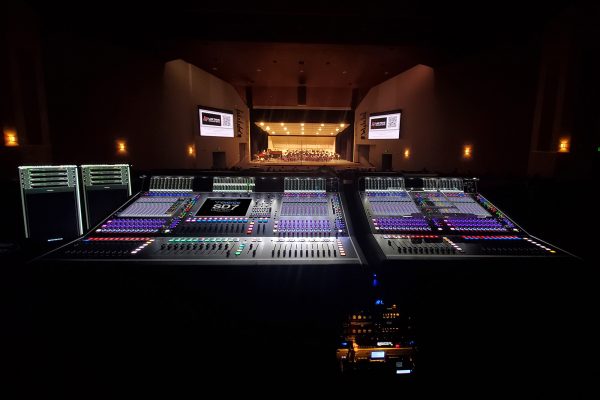 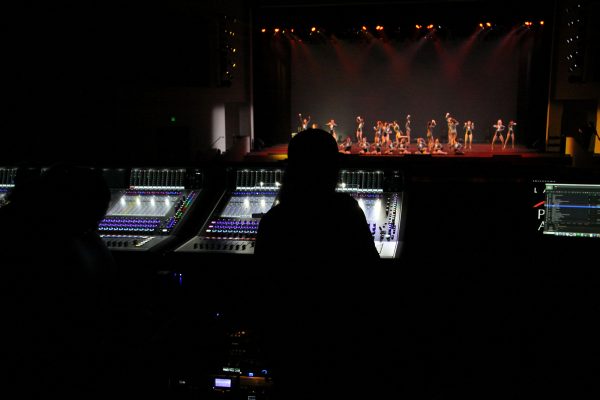 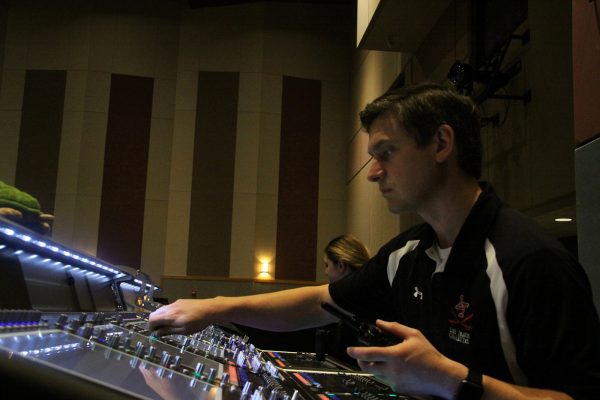