Quantum synergy and touring theatre sound with DiGiCo and Autograph

DiGiCo’s status as the ‘go-to’ choice of digital audio mixing platform for theatrical applications is well-known. The company’s near-total domination of not only London’s West End and Broadway, but also theatres all over the world, is a result of long collaboration with leading practitioners of the art and a willingness to develop (and keep developing) products dedicated to that purpose.

Perhaps less well known is their equally widespread use in touring theatre, where the same advantages to sound designers and operators are just as applicable.

“As one of the earliest adopters of DiGiCo consoles for use in theatre, we’ve been happy to contribute to their development and continue to be so,” comments Autograph’s Duncan Bell. “From as far back as his first meeting with them in 2002, Andrew [Bruce, Autograph’s founder] has been particularly closely involved in the development of the ‘T’ theatre-specific application software. His contribution, and that of numerous other theatre sound designers, means that DiGiCo is the established Gold Standard in theatre globally, and in fact most of the sound designs we see are based on the capabilities and workflow of T-equipped DiGiCo consoles.”

“A factor that works particularly well for us as owners of an extensive DiGiCo inventory is the return on investment from their products,” Bell continues. “Largely this is because of its policy of continuously updating software and developing new engines for existing hardware platforms. The new Quantum engine is a perfect example – in 2004 the very first DiGiCo console we supplied into the West End was a D5T for Les Miserables, which was subsequently upgraded to an SD7T during the last audio refit in 2011.

“The show’s London home since 2004, the Queens Theatre, has just undergone a major refurbishment and reopened with the new production as the newly-named Sondheim Theatre. The refit included a new sound system, at the heart of which is a new Quantum7T – the same interface, similar hardware but in fact a vastly more powerful and flexible mixing system.”

At the time of writing – early 2020 – Autograph is providing audio infrastructures for no less than 13 touring productions, all but one equipped with a DiGiCo console running the T software (the odd one being an SD8), while its Events Division is a regular user of both SD12s and SD11s.

Autograph is also presently deploying a further 27 DiGiCo consoles (principally SD7Ts and SD10Ts) in non-touring theatre productions in the UK and Europe.

Of Autograph’s current stock of 24 SD7T consoles, so far five have either been upgraded or supplied new with the Quantum engine. In addition to a backup console kept at Autograph’s London HQ, these Quantum7Ts are currently deployed on Mary Poppins at the Prince Edward Theatre, the aforementioned Les Miserables at the Sondheim and the RSC’s 2019-20 Season at The Barbican, with the remaining system presently being prepped for the forthcoming Phantom Of The Opera Tour which opens in February.

“It is testament to DiGiCo that I don’t have to talk to them very often!” concludes Rob Tory, Autograph’s Head Of Technical Support. “We own 51 consoles across the range, which equates to around 400 shows a week and just over 21,000 shows a year. The time and effort that DiGiCo has put into making its systems reliable is amazing and, from my point of view, much appreciated.”

DiGiCo is the established Gold Standard in theatre globally, and in fact most of the sound designs we see are based on the capabilities and workflow of T-equipped DiGiCo consoles. 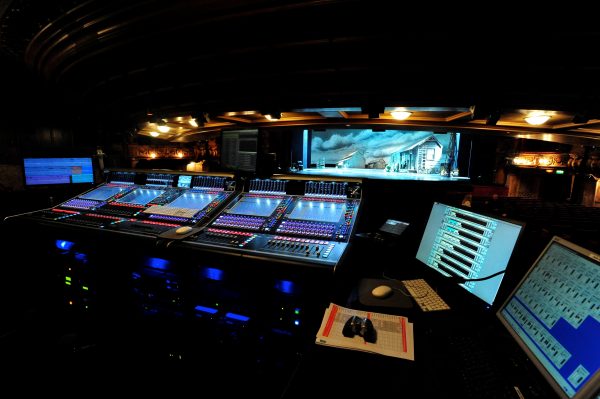 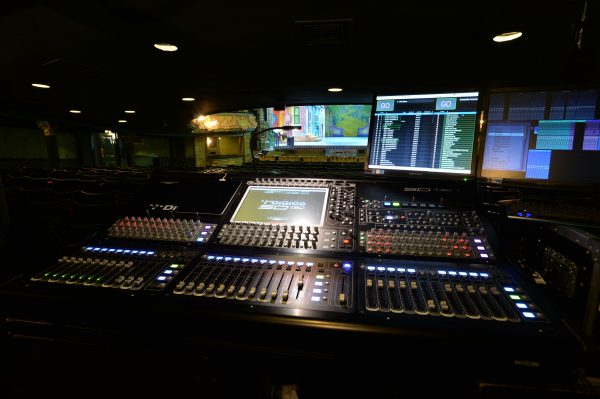