It’s all about the training for the South African State Theatre in Pretoria. Having invested in a DiGiCo SD12 at the end of last year, technicians from the theatre received a practical training course presented by DWR Distribution’s Kyle Robson in January.

The DiGiCo SD12 is currently being used in the 1,300-seater Opera Theatre which is the largest venue at the State Theatre. The console has already been set to work for the 11th annual Mzansi Fela Community Arts Festival starring artists such as Thandiswa Mazwai, Dr Tumi, Ringo Madlingozi, Kwesta, Sjava, and Lebo Sekgobela.

“We initially decided on the SD12 as we wanted a mixer that could handle large productions without having to compromise on channels and Aux/Group busses,” explained Tshiamo Mokgadi, an audio technician at the State Theatre. “We hosted a musical production called ‘Freedom’, using over 70 lines. It was a bit of a challenge at the beginning because of the old console we were using – channels had to be cut and so on. After getting the DiGiCo we managed to pull off the show without having to cut anything.”

One of the main features to catch Tshiamo’s eye was SD12’s two screens. “This allows for a much quicker access to mixer parameters and the ability to either dedicate the sides to different functions, have the right-hand screen to master functions or even have two operators at the console,” he said. “Being able to have any channel strip on any fader layer and full channel strip processing control on each screen is great. The console allows you to control it the way you want to with quicker access to things on the board.”

Kyle Robson from DWR presented a practical two-day training session at the State Theatre at the start of 2019. The user friendly SD12 is a sonic powerhouse and Kyle covered all the basics from major setups, functions, controls and parameters followed by training on the enhanced features of the desk such as control, mirroring consoles and programming for complex shows and systems.

“We got the desk set up and running to cover the major shows the State Theatre will be doing,” commented Kyle. “The guys are blown away by the ease of use of the console.” 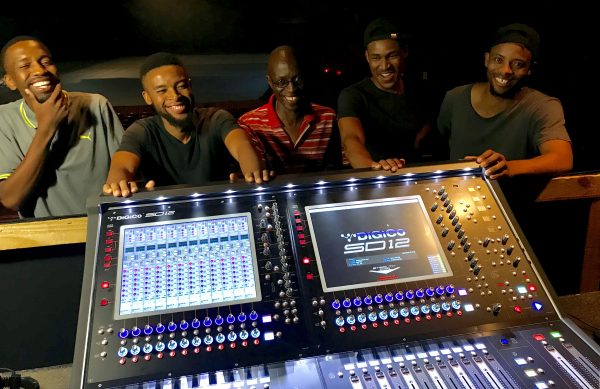