No Looking Back For George Ezra’s DiGiCo Package

BRIT Award winner and chart-topping singer-songwriter George Ezra has been back on the road in support of his second studio album Staying at Tamara’s. To handle the mix at both FOH and monitor positions, Monitor Engineer Ollie Weeks’ company, Stylus Productions, supplied a DiGiCo control package comprising an SD12 at FOH and an SD10 in monitor world.

After a couple of years working with number one selling Ezra, the move from academy-size venues to arenas was inevitable, as was the move to an intuitive, DiGiCo set up.

“We won the contract based partly on having the right gear, but also due to our ability as a young company to dedicate a lot of resources to serving the project and design a very bespoke, high-quality touring package,” recalls Weeks. “In our early discussions, Mike and I came to the mutual decision to share a DiGiCo SD-Rack with gain control at my end. It worked really well, but as the show has expanded, we’ve added an extra SD-Rack and two SD-Nano Racks.”

As a long-standing DiGiCo user, choosing the SD10 for monitor duties was an easy decision for Weeks. “I like having the aux masters in the centre with channel faders either side and I love the flexibility of the SD10 surface,” he says. “I use the custom layers on the desk extensively; I mix with my left hand over George’s FX and my right hand over his vocal and crowd mics, which I’m constantly riding throughout the show.”

“Ollie and were sharing the SD Rack via Optocore at 48k,” adds FOH Engineer Mike Timm. “Sharing a stage box has been a blessing when working on flip-flop stages. Everything exits the SD12 – from four matrixes via AES to a Lake LM44 for system EQ tweaks.”

Timm mixes the show in groups. “I have 12 groups pretty much permanently assigned to the right-hand fader bank on the SD12. I rarely move this bank away from these groups once the show is underway.”

With four banks of faders, all with associated FX returns, Timm is able to tweak any inputs as required. “I love the way the two screens and associated encoders on the SD12 make not moving my hand off the ‘money’ channels so easy,” he said.

The show runs to timecode which is converted to MIDI timecode and fed to a PC running a basic version of Steinberg Cubase. This then triggers various Macros on the SD12 via MIDI. “I have Macros that change the thresholds of gates on the snare and tom channels, revealed Timm. “For example, on one song in particular, the drummer plays fairly quiet on the snare in the verses but smashes the cymbals in the choruses. Cubase is programmed in this song to control the Macros via MIDI.

“I find this much better than using snapshots as I can independently tweak without having to update each one. Timecode is also sent via MIDI to the SD12 to recall snapshots at the beginning of each song. This gives me the freedom to concentrate on listening to and mixing the music. I really like the workflow of the SD12. I think it helps me to enjoy mixing the show every day.”

Weeks added: “I use the Macros on my SD10 in a variety of ways. One example is for the routing and unmuting of multiple talk mics to different sources. During rehearsals or soundcheck, we can all talk to each other, but when it’s show time, none of the musicians are distracted by technical chatter, individual technicians can talk to their respective departments as required.”

Every arena show is recorded to a MacBook Pro via a Waves DMI card into Waves Trackslive for virtual soundcheck and reference. Timm said: “I use a Ferrofish A16 Ultra Mk2 to convert MADI from the console to ADAT. This allows me to interface digitally with UAD Apollo Quads at really low latency, and also to provide analogue I/O for any analogue outboard I use.”

Ezra’s vocal chain is analogue from the stage to FOH. A Focusrite ISA220 is used as preamp and EQ which is then fed into a Lindell Audio 500 Series Vintage Compressor and into a BSS DPR-901 for some dynamic EQ and into the insert return point of the vocal group. “I can then apply more EQ as needed and even more compression via the SD12’s onboard EQ and dynamics,” Timm noted.

The FOH Engineer also uses a Waves H-Delay for vocal delays and utilises a Lexicon PCM-91 connected to his DiGiCo console via AES for Ezra’s vocal reverbs.

DiGiCo will also be deployed into Stylus Productions’ future touring projects. Weeks said: “With George, I need a high-channel count, which the SD10 affords, but I’m also very excited about the new Quantum software on the SD7 – being able to send individual treatments to different auxs from the same channel is an amazing new function.”

Following a successful arena run in the UK, the tour ventured to Australia in early-2019, where both engineers continued to specify DiGiCo consoles for what Timm described as a “polished pop show”. Achieving this sound by adapting the rig for the next leg of the campaign was very straightforward.

Timm happily concluded: “When we initially had the budget to move from using in-house venue consoles in the UK, it was suggested that I try out DiGiCo by our Production Manager. Touring worldwide, I’ve haven’t looked back since!” 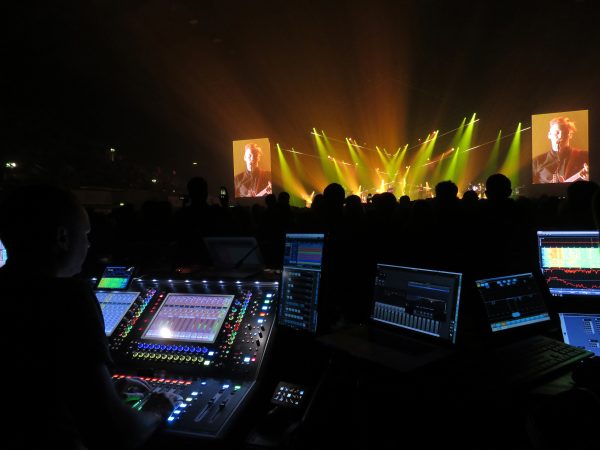 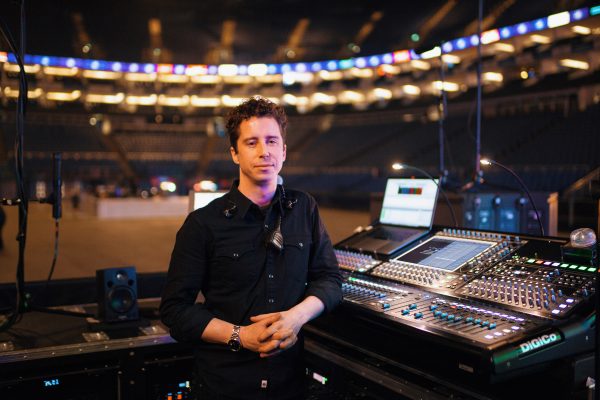 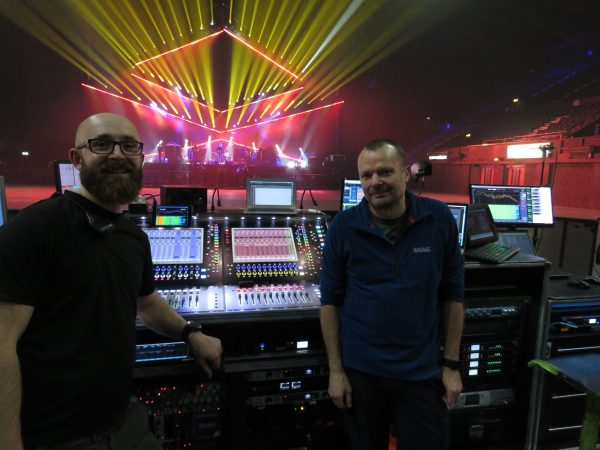 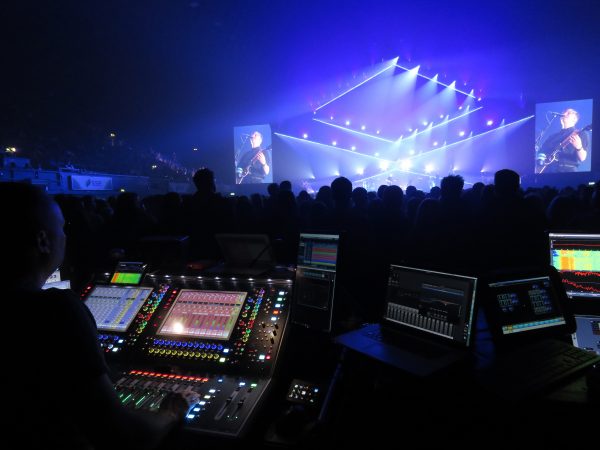 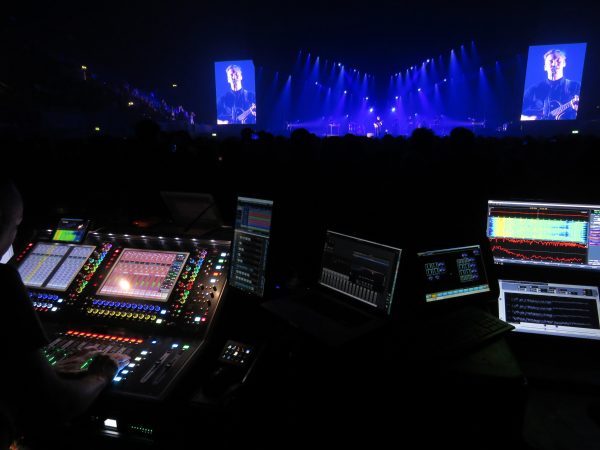 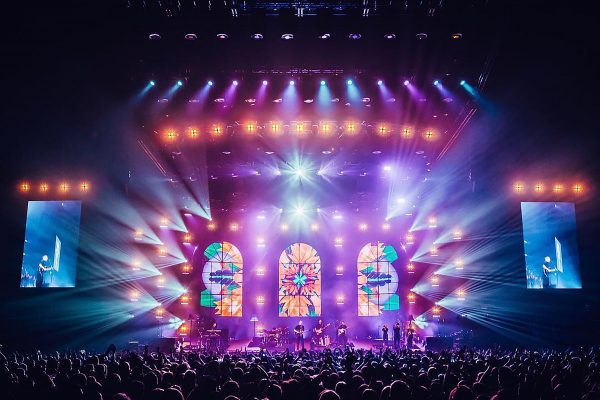