The story of Harmony Entertainment is a beautiful one – a South African black man growing up in a rural area who became a pianist, a registered business accountant, the founder of a rental company and most recently, the owner of a DiGiCo S31. It’s the story of Tsholanang Montsho who some years ago looked out of his window to see rental company Gearhouse South Africa preparing for events at the Union Buildings, and their sound test enticing him to leave his apartment to go watch the crew set up. 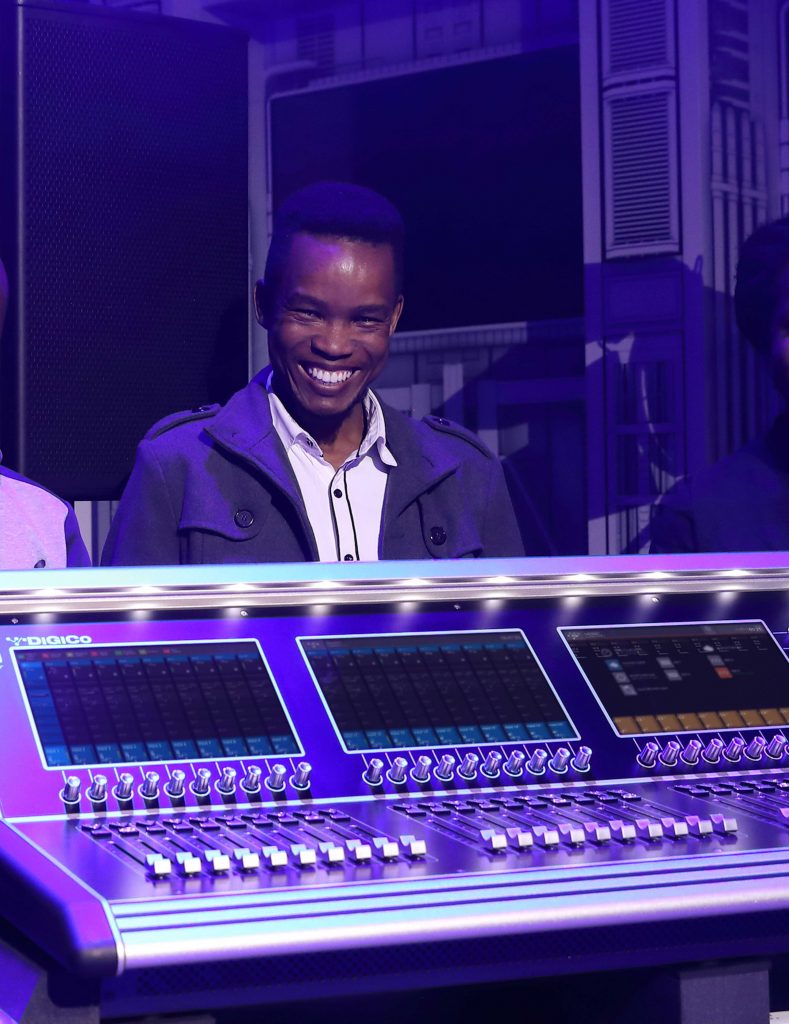 The story of Harmony Entertainment is a beautiful one – a South African black man growing up in a rural area who became a pianist, a registered business accountant, the founder of a rental company and most recently, the owner of a DiGiCo S31. It’s the story of Tsholanang Montsho who some years ago looked out of his window to see rental company Gearhouse South Africa preparing for events at the Union Buildings, and their sound test enticing him to leave his apartment to go watch the crew set up.

“This is how it happened,” explains Tsholanang. “Growing up in Motlhabe, a rural village in the North West of South Africa, there were not many activities on a Sunday. There would be church, and after church, there would be soccer teams playing. If there was no soccer, there would be nothing, unless you watched television and not all of us were privileged to have electricity or a tv during that time.”

Tsholanang had a relative who played the keyboard. “I used to listen to jazz and this made me love the piano even more. Whenever I heard jazz, I would feel ‘I want to play this music.’ I remember there was a verandah wall at home, and I would put my fingers on the wall, playing on pretend piano keys.”

When his family moved to an urban area in 1996, Tsholanang (aged 15) found himself in a church where he was taught to play the keyboard. He also attended piano lessons at Mmabana Art Centre in Tlhabane in the Northwest, the local community centre. “It wasn’t hard to learn to play because the zeal had been there for a long time,” he says.

A bright lad and motivated by his parents, he enrolled for an accountancy diploma at the Tshwane University of Technology at the Soshanguve South Campus in Pretoria, and in the second year, moved to the main Pretoria campus. “I was studying full time but dropped out to follow music.” He attended a music school, only to discover that the school was not registered with SAQA (South African Qualifications Authority) which meant that he would not even have the needed credentials to be a music teacher. “My parents never believed in music because of other musicians,” said Tsholanang. “These artists may have been popular, but when they died, they had nothing and the community would have to cough out money to help assist the family with burial arrangements.  As a result my parents asked how I would feed my family with a keyboard in the future.”

Tsholanang returned to TUT to complete his accounting diploma. On the side, he was asked to join Prestige 7 band. Their pianist had entered the Coca Cola Pop Stars competition and the band needed someone to replace him. “By God’s grace I hit the books so hard that I passed,” he smiles. “The second semester I hit it so hard that I even got distinctions in the semester tests for all the tough subjects.”

As a student, Tsholanang lived in an apartment block positioned in Arcadia next to Pretoria’s Union Buildings, the official seat of the South African Government which house the offices of the President of South Africa. “Gearhouse used to do most of the big events taking place there,” he recalls. “Every now and then, they would start stacking gear. I would be one of the first to hear that something was happening, and by the time they did the sound check, I would hear the audio in my flat. I would go down, look at the rig and admire it. At the time they were using the large pieces of gear, –the big blue boxes – Turbo Sound Flashlight. They would rig them and pump up the sound. It increased my love for audio.”

From his apartment, he realized this is what he wanted to do. “I planned how I would start my company.” The year was 2006 and with no funds available, he sold his computer for R3 000, and from the gigs he worked on as a pianist, added another R3 000, which was just enough for two tops.  “I had no amplifier, no microphones no nothing but two tops!” he admits. “I took them to the flat and I looked at them every day.”

His first client was a three-day conference for a church a few months later.  Dan Mampone, whom Tsholanang had worked with before in a studio environment, lent him an amp, mixer and one microphone for the event. The church also had a few microphones. “There was so much trial and error on the mixing, I was a pianist, after all, and not an audio engineer.” But having been a keyboard player at the church, Tsholanang knew some of the basics and the conference was a success.

He continued, hitting birthday parties, weddings and churches, slowly building his gear and always keeping an eye on what Gearhouse were doing. Simultaneously he was working and completing his articles. “I would get a gig, finish on Sunday, derig at 9pm and put all equipment in my flat. The following day I would have to wake up and go to work, drink tea, and balance the books.  I still pushed but I knew my time as an accountant was limited.”

His parents were thrilled when Tsholanang completed his articles over a three-year period but his heart wasn’t in it. In 2010 he started working for Toyota as a financial accountant with a two-year plan in mind – he wanted to raise R200 000, finish his car payments and get married. When Tsholanang unexpectantly lost his job, his rental company Harmony Entertainment received his full attention.

Enrolling at the Academy of Sound Engineering, he upped his game to have a clear understanding of audio and the technical set-up thereof.

Today, Harmony actively supply the full technical for corporate and live events. Needing a professional audio console, Tsholanang and his freelancing team, Masilo Makgato and Katlego Masogo, decided to invest in a DiGiCo S31, purchased from DWR Distribution. “We wanted something competitive with at least 48 channels. For live bands, outdoor events, corporates and weddings, the S31 seemed to be the best possible option,” he said. “DiGiCo is a sound changer. My team is excited and this is the right time. The S31 is a versatile console and enables you to do a lot without stressing.”

Said Jaco Beukes from DWR, “We are very pleased to have Harmony on board as new DiGiCo user, which just takes them to a new level as a technical supplier. The S31 is a good introduction to the DiGiCo range, complimented with an extra screen and fader. Thank you Tsholanang for your valued support.”

“DiGiCo is a sound changer. My team is excited and this is the right time. The S31 is a versatile console and enables you to do a lot without stressing.” 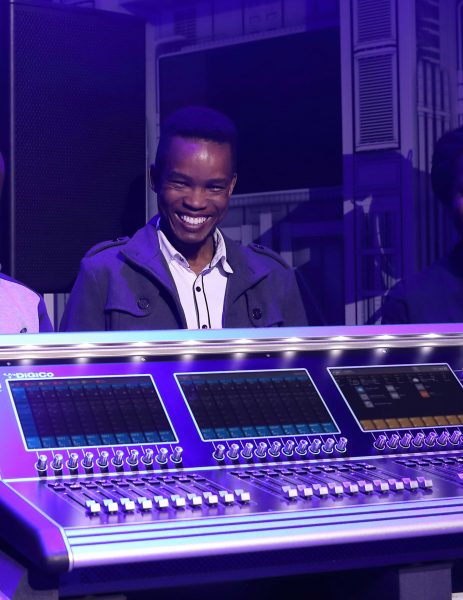