Switchable set up for DiGiCo consoles on tour with Creeper

Proclaimed as "one of the UK's most exciting new bands” when it formed in 2014, multi-award-winning glam punk outfit, Creeper, has a busy and eclectic tour schedule, from appearing on the worldwide festival circuit, supporting the arena performances of legendary artists such as Alice Cooper and The Cult, to more intimate tours in smaller venues. With such a varied agenda, and ever-changing technical demands, the band’s FOH engineer devised a strategy to take advantage of DiGiCo’s holistic architecture, and switch in different consoles for different production requirements.

“I’ve worked with other bands in the heavy metal genre, such as Bleed from Within and Sylosis, and I started with Creeper earlier this year,” explains their FOH engineer, Rory Doherty. “Career wise, I cut my teeth using DiGiCo, as one of the first venues I worked at in Glasgow had a DiGiCo S series house desk, and a local PA company had an SD9, so I spent quite a lot of time at their warehouse exploring different workflows. It was a great entry into the digital realm. My mixer of choice for the past year has been the compact SD11i, having previously used another brand. Going back with the same bands into similar venues and seeing how much more of an impact the DiGiCo makes has, quite frankly, been quite shocking! I’m absolutely loving it. Jumping down to that 12-fader SD11i works for me. I don’t really need a massive fader count as I can get everything in the layers the way I need them, and you still get all the same quality you get in the larger consoles.”

Doherty started touring with Creeper at the beginning of the summer, embarking on a six-week run at European festivals, followed by a mix of arena guest appearances and venues around the UK.

“This gave me a good insight into the band, and working out how to manage my workflows. I love the DiGiCo design philosophy, whereby any stage box can be used with any console and you can substitute consoles for different events. It’s great for touring, and gave me the idea to try out the Quantum 225 for a recent solo gig at London’s Roundhouse venue,” he continues.

Supplied by SSE Solotech, which was appointed to manage the whole production, Doherty had the opportunity to explore the Quantum console during pre-production days in the run up to the event.

“I moved to the Quantum 225 for the Camden Roundhouse gig because this is the biggest headline show we’ve had to date and I wanted a little more control with the two fader banks, which help me keep a close eye on everything. I’m really enjoying the extra control and capabilities,” he explains. “The transition is incredibly easy; it looks the same as the other models, but you’ve got extra options like the Mustard processing and Spice Rack, so it’s very clear what is in the SD realm and what is in the Quantum realm, but any engineer using SD could just jump on a Quantum.”

The Roundhouse show production was embellished with additional instruments including a cello, so Doherty particularly enjoyed using Quantum’s Nodal processing.

“The Nodal processing has been an absolute game changer,” he says. “Instead of having to create a whole new slot for effects sends and returns for additional instruments, I’m using Nodal to share similar, existing slots. This saves me a lot of time, and can get me out of a tight spot if I’m running out of busses. I can imagine it being incredible on monitors if, say, one musician likes more high-end in a certain instrument than another.”

The sold-out Roundhouse show was a huge success, with many critics heralding the performance at the 3000-capacity venue only a step away from solo arena appearances.

“I always knew that the Quantum 225 was going to be the perfect choice for this gig. Half an hour into pre-production I had it under my hands, turned the preamps up, and it has completely blown me away; there’s so much functionality. However, I’ll have no problem jumping back on the SD11i, which was used at monitors- we tied it in to the SD Rack, using BNC and sharing the gains,” concludes Doherty. “It’s just about selecting the right tool for the job, and it’s just amazing to have options. I love that DiGiCo allows the engineer to decide how they’re going to mix, being able to route completely flexibly – Group to Group, Aux to Group, Group to Master – really allows me total control over what I’m doing. A lot of desks don’t let you do that because they’re trying to help you mix and do everything “correctly”, but DiGiCo trusts the engineer and lets you make your own decisions.”

I love that DiGiCo allows the engineer to decide how they're going to mix, being able to route completely flexibly 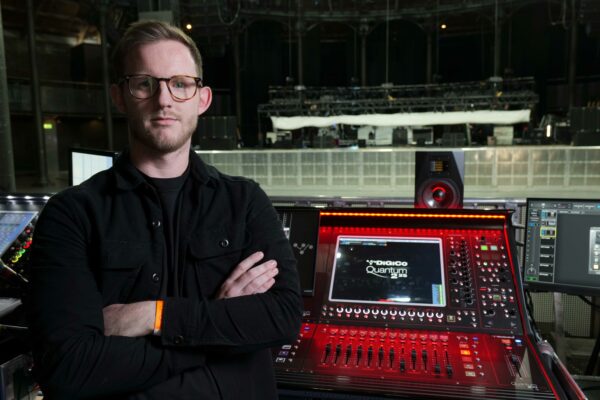 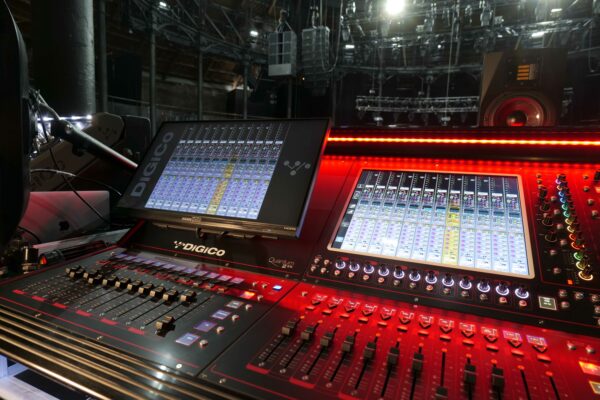 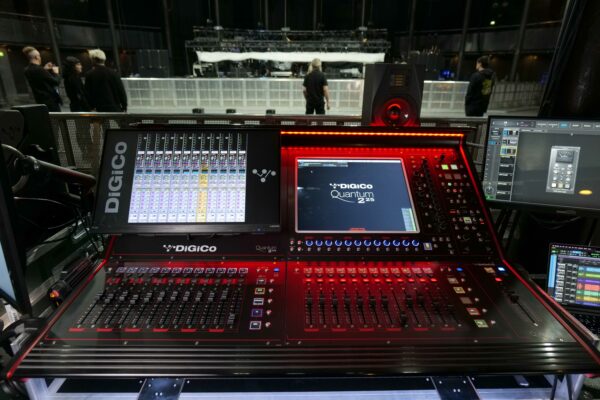 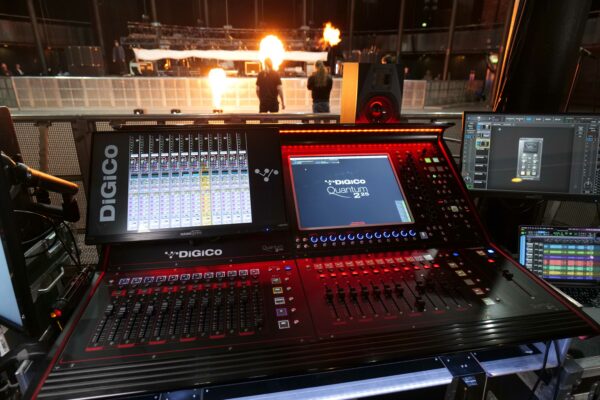 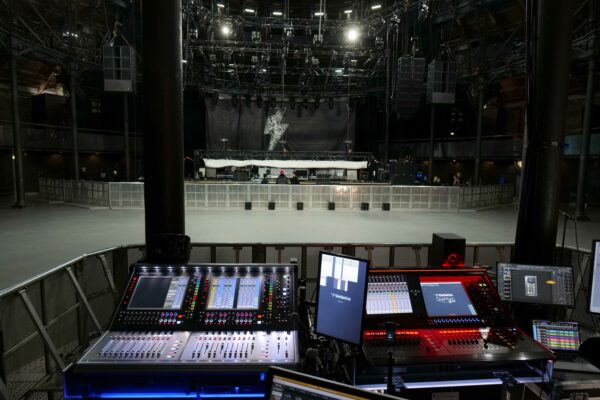 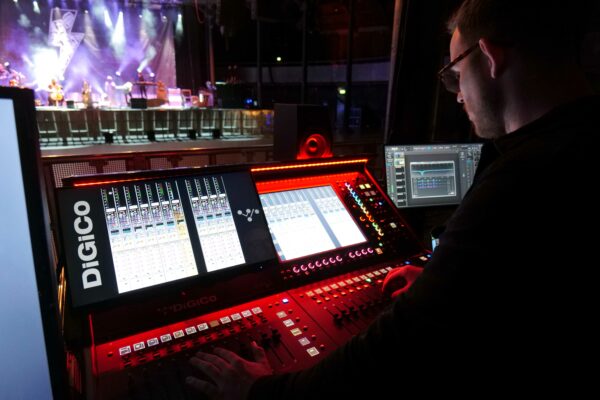 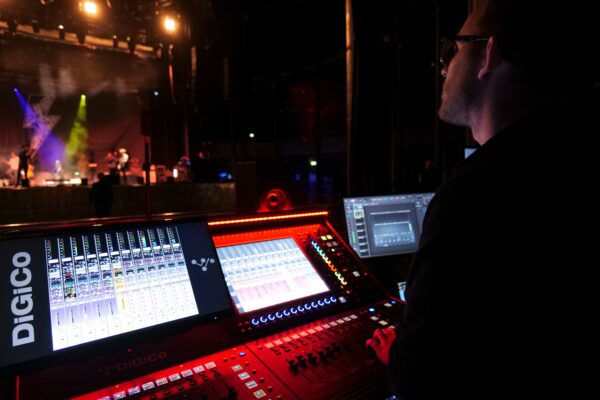 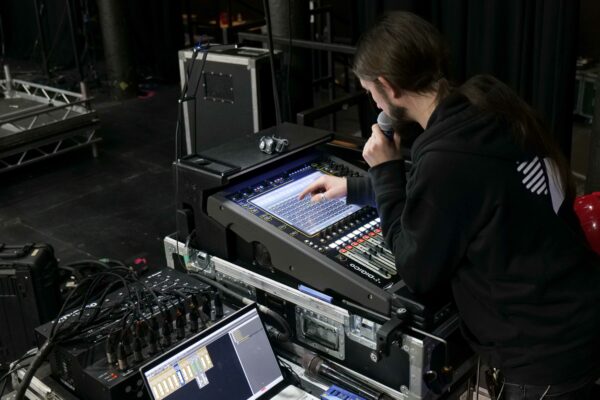