The most compact DiGiCo console, packed with Stealth Core 2 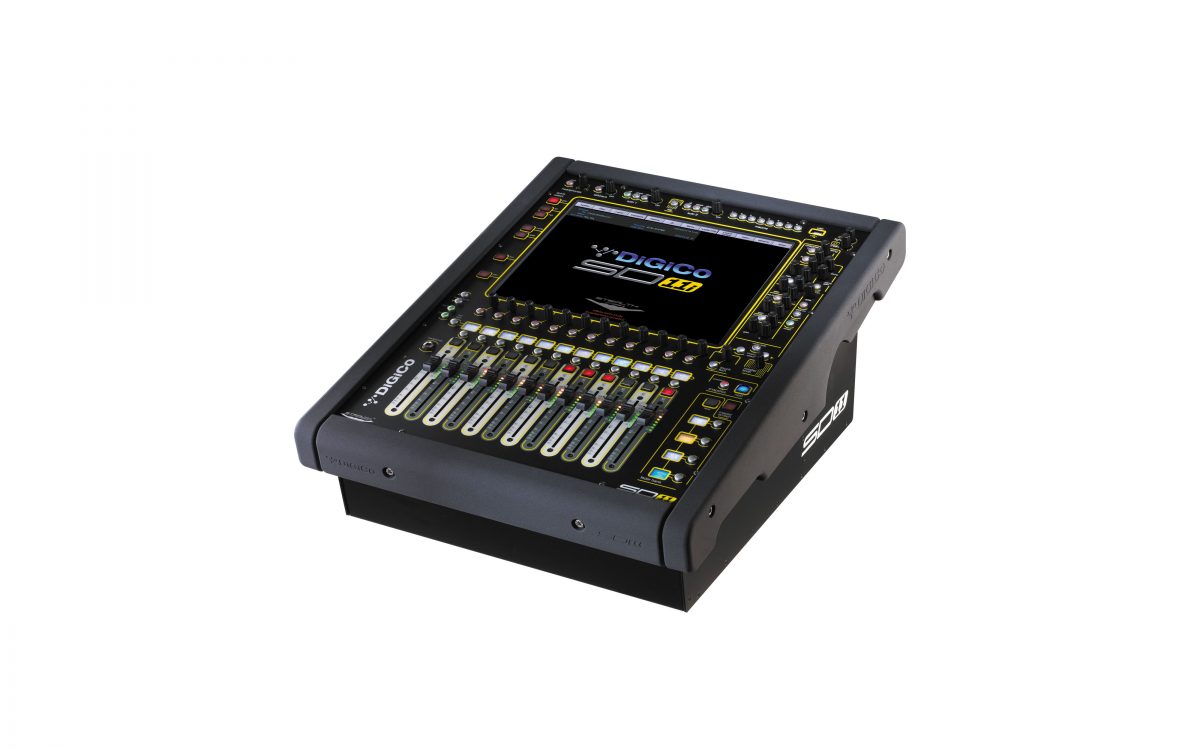 Imagine the firepower of seventh generation FPGA technology at your fingertips in a 19-inch rack mount or table top format small enough to travel in the back seat of a car – that’s the SD11i, as remarkable for its full feature set as it is for its diminutive footprint. The SD11i shares the same Stealth Digital Processing and floating point Super FPGA technology as its larger flagship consoles, making it the definitive portable mixer for the new generation of musical creativity.

With its steel chassis and polycarbonate-overlaid aluminium worksurface enveloping the trademark 15-inch TFT LCD touch screen and 12 touch-sensitive moving faders, the SD11i is the very epitome of strength and agility.

Regardless of how the console is set up, you’ll benefit from the power of 115 Dynamic EQ processors that are assignable to any of the input or output channels, offering dynamic processing on each of the four standard parametric bands, plus 115 Multiband Compressors. Whatever the gig, the SD11i delivers the same high quality signal path and feature set.

The master section incorporates 12 gangable 32 band graphic EQs, six stereo effects (selectable from a palette of 33), and eight control groups (VCAs); using snapshots, you can switch between complete configurations in any live environment easier than ever before, be it at rehearsals, during system setup, or even at a show.

In addition, 24 busses are assignable as mono/stereo groups or auxiliaries; while a 12×8 output matrix, dual solo busses, and a Master buss provide even deeper configurability.

The SD11’s I/O capability punches far above its weight: sporting 16 mic/line inputs, eight line outs, two mono AES/EBU, one MADI I/O port, and one dedicated D-Rack port allowing expansion to a further 32 inputs and eight or 16 outputs, as well as a factory fit Optocore option for connectivity to all DiGiCo racks and consoles in a redundant loop.

Get instant access to 32 fully integrated low-latency Waves stereo MultiRacks, each with up to eight plug-ins per rack, by fitting the optional DiGiCo SoundGrid module linked to external SoundGrid or DiGiGrid servers, giving a total of 128 additional I/O.

The SD11i – the little console with the big heart. 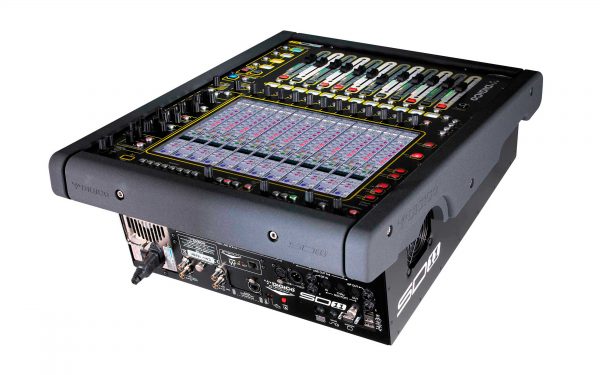 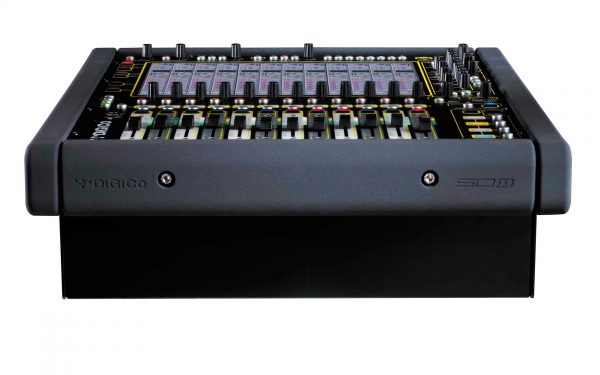 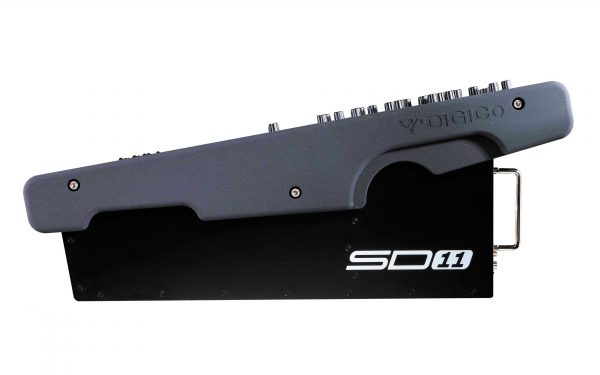 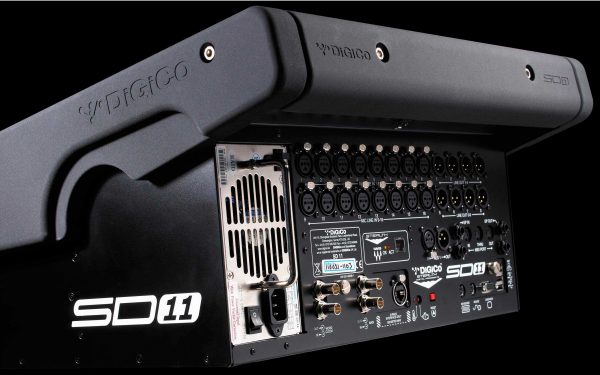 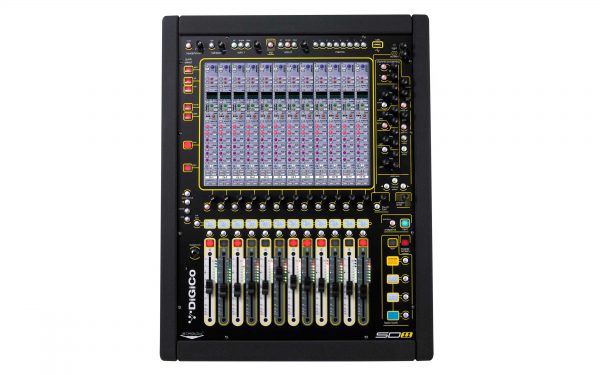 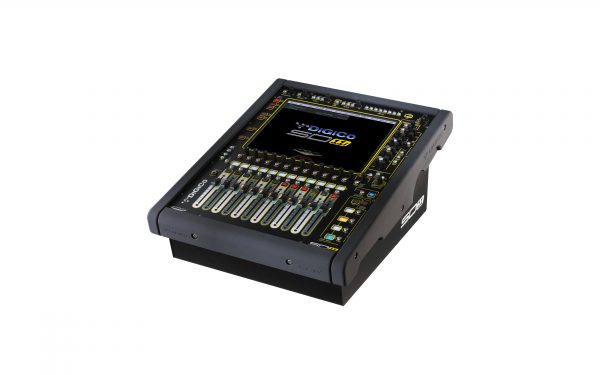