Formed in 2010, London-based indie folk band Daughter released their second album Not to Disappear in January this year and have just completed the UK and European leg of their supporting tour, before heading out to the US. Two DiGiCo consoles – an SD11 at Front of House and an SD10 at monitors – are being deployed and there is some clever stuff going on…

Formed in 2010, London-based indie folk band Daughter released their second album Not to Disappear in January this year and have just completed the UK and European leg of their supporting tour, before heading out to the US. Two DiGiCo consoles – an SD11 at Front of House and an SD10 at monitors – are being deployed and there is some clever stuff going on…

Production Manager and FOH engineer Neil Dodd has been working with the band pretty much since their formation, but only moved to using DiGiCo consoles around 18 months ago.

“I was offered the use of an SD7 at FOH when Daughter was supporting Ben Howard and I haven’t looked back since. That comes down to the fact that whatever the question is, there is always a yes answer – no matter what you want the console to do, you can find a way,” he says. “I used an SD7 for that whole run, moving to an SD9 for some small shows, then to an SD10 for the headline runs. I have now downsized to an SD11 and it’s working out great.”

Neil chose to move to the SD11 to save on trailer space and weight.

“Although we were trucking in the UK and Europe, I wanted consistency when we returned to the States for a five-week trailer tour at the end of the year,” he explains. “The Stealth Core 2 upgrade came at a perfect time, giving me an incredible amount of processing in a 12 fader format. This was ideal, as the band added an extra four-piece brass and percussion ensemble, which meant a total of 16 extra channels were added for the UK tour, so Stealth Core 2 allowed me to up the channel processing count, but without having to move to a larger console.”

Neil’s SD11 currently has 52 inputs, eight FX, four Stereo Groups and four Mono outputs. He uses a Waves Extreme server for most of his dynamics and effects, using the on-board Dynamic EQs for a few select things, which allows him to use 32 separate racks of FX dynamics, EQs, etc.

“I’m using a DiGiGrid MGB for record and virtual sound check via MADI, plus I’m using a small dual footswitch connected via GPIO as a next scene switch, since the master screen and next snapshot recall are in such close proximity.”

At the monitor position, Jamie Hickey is using an SD10, which he says is the perfect choice.

“I’ve been working with the band since 2013 and have been using DiGiCo consoles for the past three or four years. Since I started using them, I haven’t specc’d anything else. The power and flexibility of the SD10, combined with the fact that it also sounds ridiculously good, means I never thought about using anything else for this tour.

“The console’s integration with Waves is a massive benefit for me, giving me access to a vast array of extra FX and processing. I’m also a huge fan of the macro system throughout the entire DiGiCo range; the SD10’s 40 macro keys mean that the only limit to your workflow is your imagination.

“Using Waves alongside the SD10 allows me to really sculpt the sound in a way that the band are more used to in the studio. They use certain Waves plugins whilst recording/mixing, so being able to pull up an SSL buss comp or H-Delay on request really helps to create a soundscape they can enjoy. It’s no longer just about ‘more me in the monitors’, we’ve taken it to a whole different level of production!”

“One of my favourite things about DiGiCo is that you can truly personalise a show file,” Jamie continues. “The flexibility and complexity of the console gives so many options for routing, layout and processing. As a result, I’ve been able to build a show file that is so easy to navigate, I can fly around the console like it’s second nature.

“I’ve programmed some quite complex macros, giving me direct talkback to each band member. Each macro auto-cancels the previous one, so I know that I’m always talking only to the person I want to. Each member of the band and crew also have a talkback, so we can all communicate easily, or just have a laugh!”

As with FOH, the additional band members dictated an extra 16 inputs and eight outputs at monitors.

“To facilitate this easily, we just added an SD Mini Rack into the Optocore loop,” says Jamie. “The Mini Rack was located on stage, under the ensemble’s riser, to enable easy patching of inputs and hard wired IEMs. We also added a second SD11i at FOH for the support band. This was also in the Optocore loop, meaning it could pick up the inputs from stage. It was all configured with a few button presses and extra fibre links. It was so easy and such an efficient way to add more I/O.”

Neil concurs, “Setting up the Con/Send receive allowed us to increase our communication network between the artist and all members of crew, without needing to use any extra physical outputs. I’ve added a set of X keys keystroke generators to the console via MIDI. This allowed me to quickly add VCA Spills for the extra musicians to access their channel strips quickly.  As Jamie says, the extra SD11i at FOH for support meant that I was able to access the one SD rack on stage. It was a game changer.

“Since we are in a trailer now, I knew the conversation might eventually turn to whether I needed a console out at FOH. The SD11i is so compact and powerful, it sells itself.

And what of support from DiGiGo?

“I haven’t needed to speak to DiGiCo support on this run, but in the past I’ve been in touch about various things,” says Jamie. “The support from DiGiCo is always excellent and no matter where you are in the world, there’s always someone at the end of the phone to bail you out. In fact, a while ago James Gordon [CEO of the Audiotonix Group] even answered a Facebook post about unlocking presets. You don’t see that happening in any other company!

“I’m totally stoked with how it’s all running. For me, having the band turn around and say ‘It sounds awesome’ means I’m doing something right. If the band are happy, management are happy and the knock-on effect means we all have a great tour.”

I was offered the use of an SD7 at FOH when Daughter was supporting Ben Howard and I haven't looked back since. That comes down to the fact that whatever the question is, there is always a yes answer - no matter what you want the console to do, you can find a way 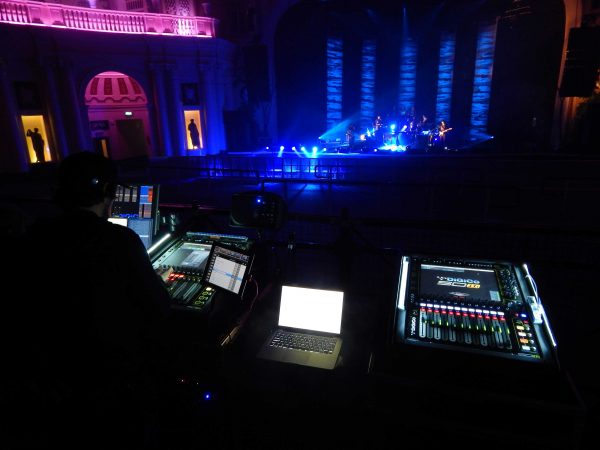 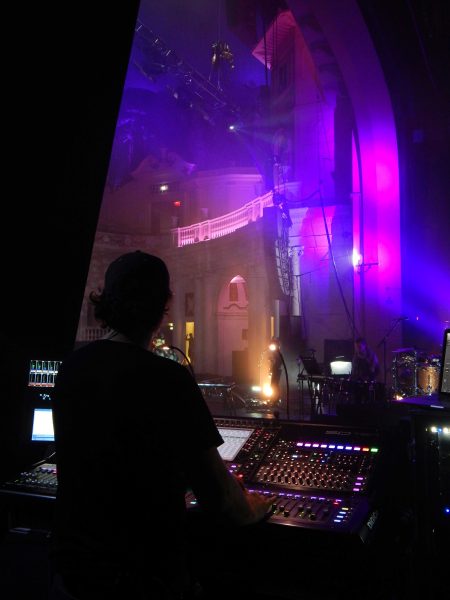 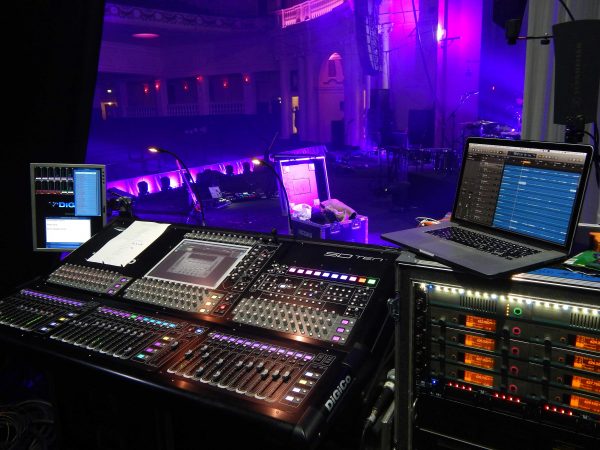