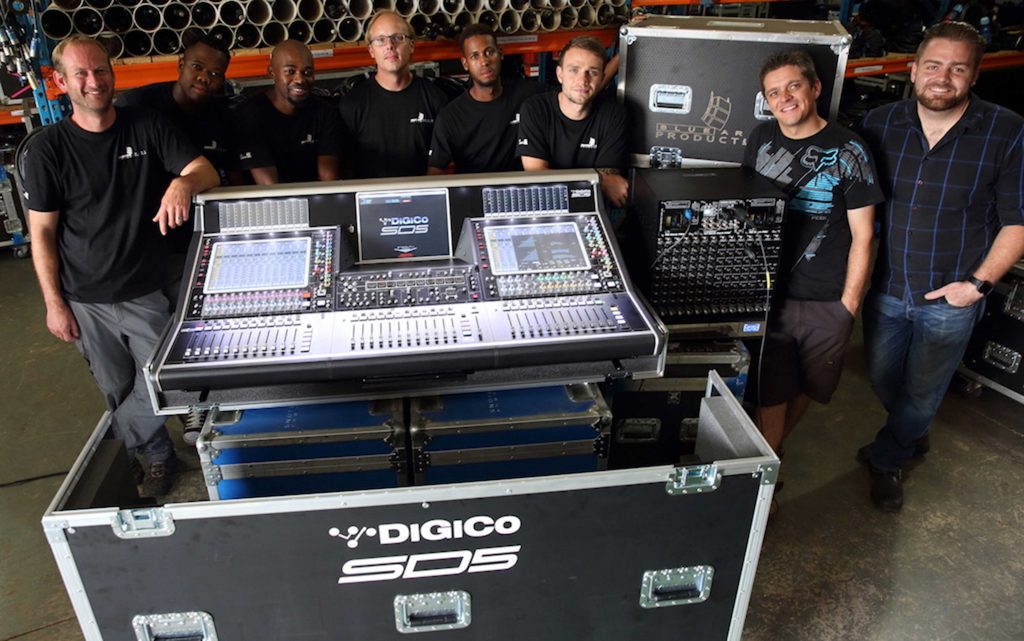 With Kobus van Rensburg at the helm of Blue Array, the company has supplied prominent international artists visiting South Africa. It also has a reputation for employing talented audio engineers, who are some of the very best in the country.

“There are many reasons why we’ve gone down the SD5 route,” says Marinus Visser, Head of Audio at the company. “It’s on every international rider, which was the main selling point, but for our shows, it was the shear ability of the console – all the things it can do, the enormous I/O count and its exceptional audio quality. As Blue Array typically works on international productions, we have invested heavily in d&b audiotechnik sound systems. Having something that sounds so good complementing these amazing PA systems is completely justified.”

Since taking ownership of the SD5 in the last couple of weeks, the console has already been working on an international show. “The only problem was that I only had to setup and assist the American monitor engineer,” sighs Marinus, who would have loved to have operated it himself.

“The SD5 was something Blue Array has wanted for quite a while,” comments Kyle Robson from DWR Distribution. “Blue Array is a great company and everything they do is rock solid and professional. The SD5 was the first in the country, of which was a huge thing for me. It was like being a kid in a candy store. When I took the console out the box, I had that very special feeling.

“The SD5 is in a league of its own; that’s the reason they’re on most riders. If you know how to use a baby DiGiCo console, you will also know how to use a bigger one. It’s easy to get around and the only difference on the SD5 is the bigger work surface and higher channel count. That’s the great thing with DiGiCo; all the consoles sound identical and the software is the same.”

“Thank you to Kobus and his team for their support,” concludes Duncan Riley of DWR. “I hope that they’ll have many happy gigs with their SD5. We can’t wait to see the console in action again.”

There are many reasons why we have gone down the SD5 route. It is on every international rider, which was the main selling point, but for our shows, it was the shear ability of the console - all the things it can do, the enormous I/O count and its exceptional audio quality. 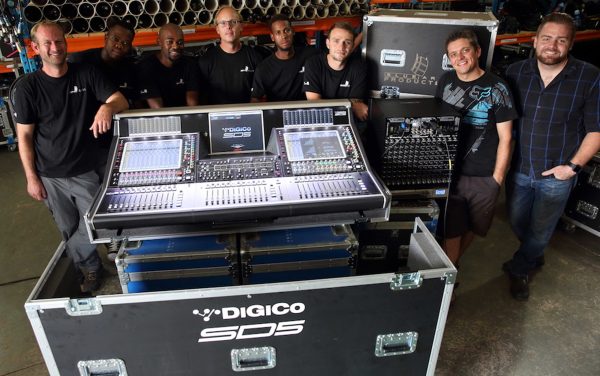