LOS ANGELES - One thing that pretty much any experienced touring mix engineer can agree on is that you always pad your input/output number request to a certain degree because rare is the tour where those needs will not increase as the tour progresses. So it might seem odd that when the current Post Traumatic solo tour by Linkin Park’s Mike Shinoda got started, mix engineers Mike Fanuele and Kevin “Tater” McCarthy were sharing a single DiGiCo SD12 mix surface.

LOS ANGELES – One thing that pretty much any experienced touring mix engineer can agree on is that you always pad your input/output number request to a certain degree because rare is the tour where those needs will not increase as the tour progresses. So it might seem odd that when the current Post Traumatic solo tour by Linkin Park’s Mike Shinoda got started, mix engineers Mike Fanuele and Kevin “Tater” McCarthy were sharing a single DiGiCo SD12 mix surface.

After that first show, the SD12 was shipped off for the tour’s Asian and European legs, and McCarthy, who has been associated with Shinoda for more than a decade, spec’d a pair of DiGiCo’s ultra portable SD11i desks for the promo tour that preceded the Asian dates. He says he’s fielded more than one question about why he made that choice.

“A lot of people have asked me why I choose the SD11i,” he reports. “Originally, it was just Mike Shinoda and no other band members. The band and additional crew where added after all of the gear had shipped to Hong Kong for the Asian and European tours. After a few shows, I was comfortable with the all the new inputs and with the 12-fader format, so I decided to keep it. It never came off that table rack. I just popped the lid every day and was ready to go.”

Fanuele is on his first outing with Shinoda after working with a wide variety of artists ranging from Meghan Trainor and Fifth Harmony to The Chainsmokers and Garbage. “Mike began this tour cycle on stage by himself playing keys, synth, drum pads, and triggering samples from a Maschine. For the first show, he actually performed on a satellite stage near FOH, where Tater and I both mixed off of the same SD12 console. I took the left side of the desk and fed my mix into an LM44 and then out to the PA, and Tater took the right side of the console, where he mixed Mike’s IEMs. It was a unique experience, but the flexibility of the surface proved perfect for the task, and we were both able to manipulate the workflow to match our needs off of one console.”

After Shinoda added drummer Dan Mayo and multi-instrumentalist Matt Harris, the input count went way up. “It kind of skyrocketed,” McCarthy recalls. “We were utilizing approximately 52 inputs between both desks running in an optical loop. So we had one SD-Rack located in monitor world, which was loaded with seven Stadius 32-bit mic pre-amp cards, five Stadius 32-bit DAC cards, and one AES card. On my end of the snake, there were eight stereo mixes feeding Shure PSM1000s for three band members, guests, and techs. There were also three additional mixes of conventional speakers—two DAS Road 12A wedges for guests and two DAS Event 121As for stage subs.”

Fanuele moved between a few different DiGiCo surfaces over the course of the tour, which just finished a US leg before heading back to Europe for additional dates. He manned an SD12 for the first Asian leg, moving to an SD10 for the US leg. “Both Tater and I were very impressed with the power, flexibility, and performance of the SD11i.  But as the tour continued to evolve, I needed additional faders and moved to an SD12 at FOH for the Asian and European legs of the tour. I quickly fell in love with the surface. It is extremely comfortable to work on, and when considering size versus surface flexibility, I think the SD12 is a complete homerun. Again, we were playing venue sizes from clubs to smaller arenas to stadium festival gigs, and the size of the SD12 fit into all of those situations.”

The FOH engineer reports that McCarthy was in control of the Stadius 32-bit mic pre’s, while he controlled the AES output card and the Stadius 32-bit DAC cards, which were included to provide flexibility in distributing the house mix to PAs from the stage when needed. McCarthy says he loves what some might see as a side benefit of having all of the audio on a loop: that loop can contain more than just audio. “Mike and I could communicate between ourselves by sending text messages directly from the consoles.”

“Overall, I think the flexibility of the surface and the sonic detail of the pre’s and outs made DiGiCo’s SD-Range the obvious choice for the tour,” says Fanuele. “The initial promotional portion of the tour had us mixing everything from in-store performances to stadium festival gigs. The SD11i allowed me to fit in all spaces, whether that meant squeezing into a busy FOH area for a festival or if I found myself in the middle of a display rack for CDs. I was able to keep the consistency of the mix that Mike was looking for in all situations.”

“Overall, I think the flexibility of the surface and the sonic detail of the pre’s and outs made DiGiCo’s SD-Range the obvious choice for the tour,” 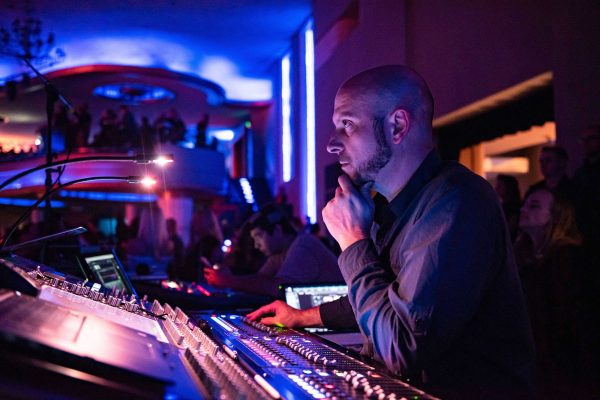 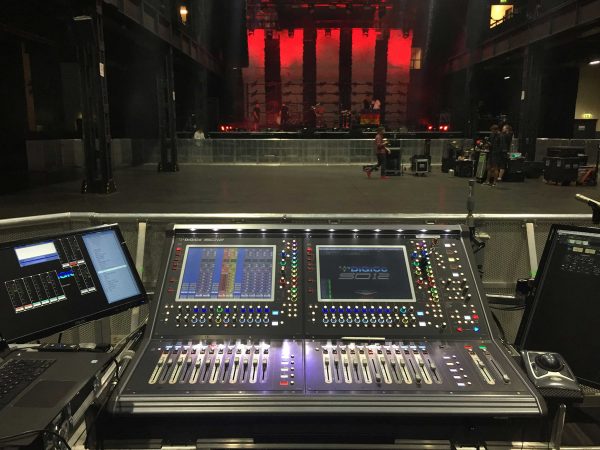 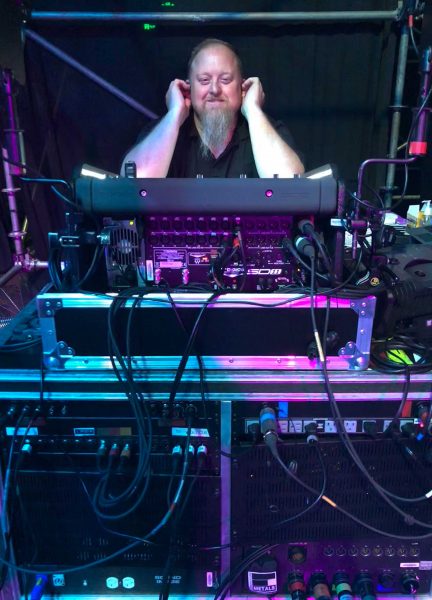