DiGiCo Performs on Every Major Stage of Coachella

INDIO, California – June 2018 – For two consecutive weekends in April each year, more than a quarter of a million music fans make their desert pilgrimage to Indio, California’s Empire Polo Club for what is arguably North America’s highest-profile live music mecca, the Coachella Valley Music and Arts Festival. And although there are a number of artists that have performed at Coachella several times over its 19-year run, British mixing console maker DiGiCo can proudly boast the unique claim of performing on literally every major stage this year.

As it has for the past 18 years, festival promoter Goldenvoice once again called upon Camarillo-based Rat Sound Systems to serve as the primary audio reinforcement provider for the 2018 festival. In addition to deploying more than 800 L-Acoustics loudspeaker systems across the festival’s seven largest performance areas—the Coachella Stage, Outdoor Theatre, Gobi, Sahara, Mojave, Yuma, and Sonora—Rat enlisted Bay Area-based console sales and rental specialists Hi-Tech Audio to help supply DiGiCo mixing consoles for each of the stages’ FOH and monitor positions.

According to Matt Larson, executive vice president of professional audio for Group One Limited, DiGiCo’s US distributor, “Each of Coachella’s three largest stages was equipped with dual SD10s with Waves at FOH and dual SD12s on monitors, plus all systems had their own SD-Racks complete with new ‘Ultimate Stadius’ 32-bit Mic Pre-Amps. The other four stages that Rat serviced had a single SD10 with Waves and SD12 paired with the same SD-Racks and Ultimate 32-bit pres. And that overall count doesn’t even include the consoles that a number of touring acts carried in with them. On the first Sunday alone, I counted a dozen DiGiCos on the main Coachella Stage, which was almost as many desks as Rat deployed for the entire festival. DiGiCo desks were everywhere!”

To best ensure that audio engineers could be up-to-speed quickly—especially those that might be somewhat new to the DiGiCo mixing platform—Rat Sound had both an SD10 and SD12, plus SD-Rack loaded with the new 32-bit pres, set up in its production office allowing engineers to create, tweak or test their show files before moving on to the real performance stages.

“The band engineers really appreciated the gesture, and it was awesome having so many of them come to visit us—not just to check out the consoles and get familiar with them, but also to say hello and hang out with the Rat crew,” says Rat Sound President Dave Rat.

Rat notes that the decision to standardize on DiGiCo consoles—specifically the SD10 and SD12 models—was made early on for this year’s festival. “When you are doing that many stages in the middle of the desert, where onsite access is so challenging, it’s good to have a baseline console,” he explains. “DiGiCo is obviously a highly demanded manufacturer of choice in the digital console world. The product line’s diversity and reliability, plus worldwide availability, made it an excellent choice.”

“Furthermore, both DiGiCo and L-Acoustics provided an exemplary level of product support that is fundamental for an event of this size and complexity. I cannot stress enough how important and invaluable their manufacturer product support is.”

“Special thanks to Rat Sound for their decision to run the festival on DiGiCo,” adds DiGiCo Managing Director James Gordon. “Having our SD-Range desks on every major stage at Coachella this year was a fantastic opportunity and it highlighted the increasing global trend of the SD10 and SD12 as the ultimate festival choice.”

Having our SD-Range desks on every major stage at Coachella this year was a fantastic opportunity and it highlighted the increasing global trend of the SD10 and SD12 as the ultimate festival choice. 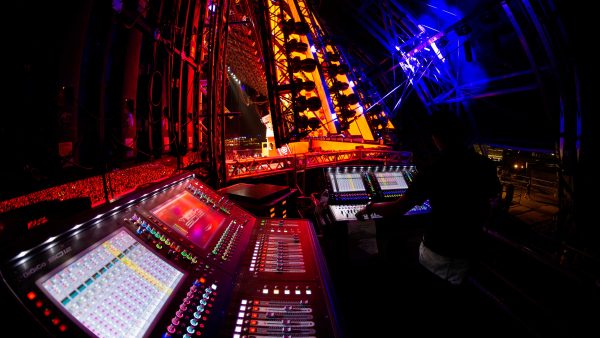 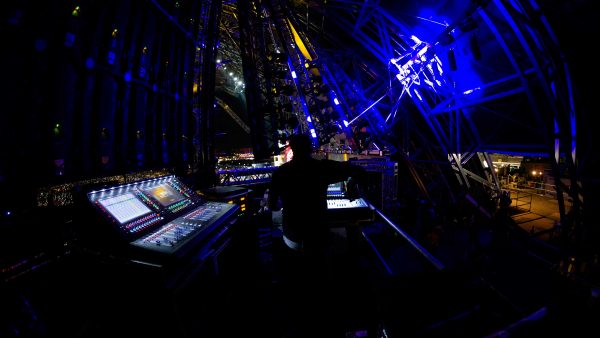 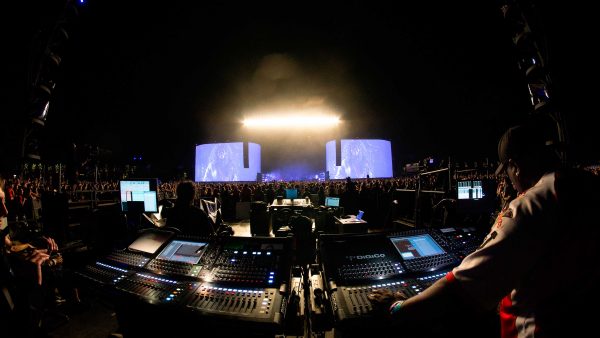